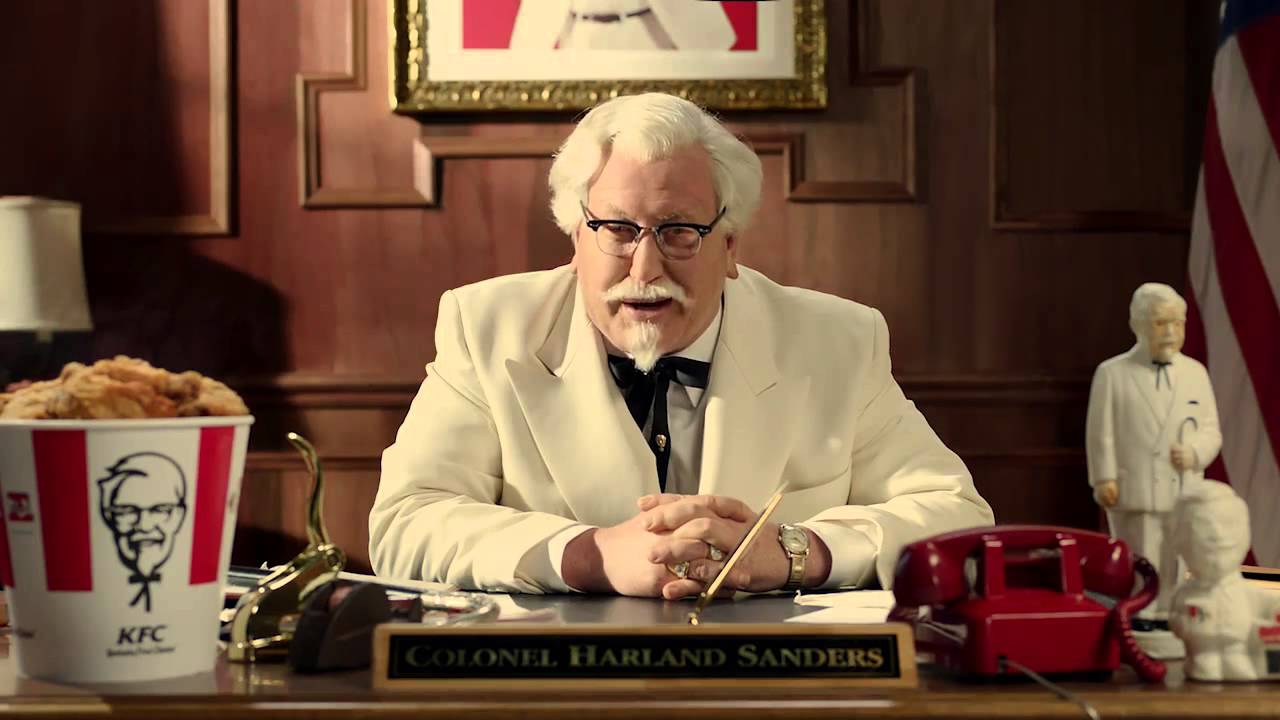 Colonel Sanders was rejected exactly 1009 times before he was able to sell his KFC recipe successfully. In addition, he failed at every job he even turned his hand to during his life.

After a lifetime of facing failure after failure, he finally sold KFC at the ripe old age of 75. In this blog, we’ll be covering seven of the inspiring lessons that the Colonel’s entrepreneurial journey can teach us, and whether you’re 25 or 75 years old, there’s something here for any budding entrepreneur.

As I mentioned, the Colonel was rejected over a thousand times before he was successfully able to sell his Kentucky Fried Chicken recipe – that’s a lot of rejection.

Not only that, but Sanders failed miserably at every other career he attempted. Between the ages of ten and forty, Sanders tried his hand at the following, among other things:

Streetcar conducting, Farming, Law, Sales, Fire fighting etc. This shows that no matter how much you experience failure, there’s still time, no matter how old you are, which brings us to our next lesson.

“I’ve only had two rules. Please do all you can and do it the best you can. It’s the only way you ever get that feeling of accomplishing something.” – Colonel Sanders.

When Colonel Sanders was 75, he finally sold KFC for $2 million (roughly $15 million today). Can you imagine experiencing such a win after a lifetime of losing?

I’ve met people during my career who think they’re over the hill by the time they’re in their thirties! Yet the Colonel plowed on in the face of adversity and ended up as the founder and look of a brand we’re still familiar with over five decades later.

Lesson #3: The Past is In the Past

To be successful as an entrepreneur, many people need to learn that the past is in the past, and it will only define your future chance of success if you allow it to. It doesn’t matter how many times you’ve failed, where you’ve come from, or what negative things you’ve experienced or done in the past.

Your past doesn’t hold the keys to your future success. The Colonel failed at every career he ever attempted. He spent much of his life in an unhappy marriage, ending in divorce, and had to provide for three children by the time he was nineteen. For most, that’d be enough for them to settle into an unfulfilling career, but the Colonel pressed on with faith in his abilities and principles.

Lesson #4: Giving Up is the Only Way to Fail

Failure is a natural side effect of life; the story of Kentucky Fried Chicken tells us that quitting is the only failure. If you have the same outlook and faith in what you’re trying to do, the possibility of significant success is never off the table. Even when you see the clock ticking and the days and years flashing by, there’s no time limit on being a success. Never stop searching for that light at the end of the tunnel.

Lesson #5: A Fresh Start is Sometimes All You Need

It’s clear to us now that cooking was a passion of the Colonel, but he didn’t discover his enthusiasm until much later in his life. It’s only through the courage to fail and start over, again and again, that he can find his real calling.

When you try to succeed in multiple disciplines, it’s a surefire way to burn yourself out. The start is always the hard part, and for most, the idea of doing it repeatedly in their 50s, 60s, and 70s would be exhausting. The energy and passion the Colonel showed by doing this well into his seventies is an inspiring lesson to any entrepreneur.

Lesson #6: Take a Leap of Faith

It’s no great shock to learn that following your heart’s desire is often the key to success, happiness, and contentment. How is it that so many of us won’t chase after what we truly want from life?

Sitting back and relaxing in your comfort zone means that many of us don’t realize how strong passion and desire are. In the end, pursuing power will make anyone happy, contented, and prosperous.

“One has to remember that every failure can be a stepping stone to something better.” – Colonel Sanders.

It seems crazy to say it, but Kentucky Fried Chicken started by selling chicken on the side of the road. After selling his recipe, the business increased, and these days it’s a commonplace to see KFC franchises in countries all over the world – 145 to be exact.

The lesson here is never to be afraid of keeping things simple. So long as you’re willing to start, work hard and keep at it, things will grow. It’s often the case that would-be entrepreneurs will put off starting their venture or launching their website because they don’t believe they are big enough to make a start.