20 Luxurious Hobbies Only The Rich Can Afford 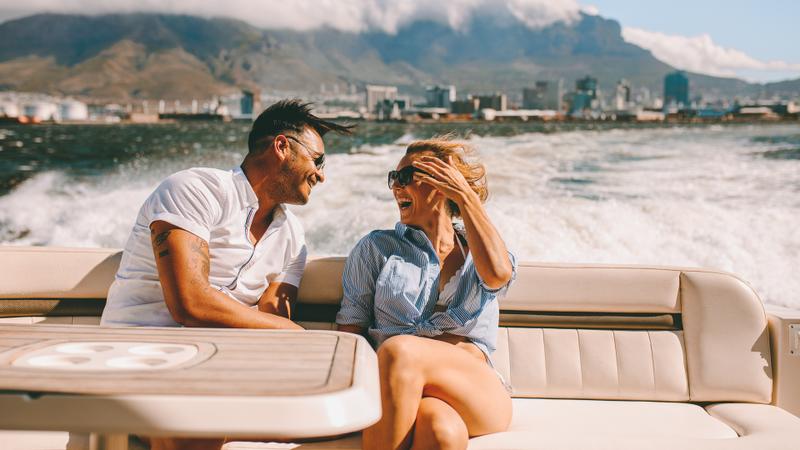 While those of us with average incomes might take the canoe out on the weekends, rich people leave port in luxury yachts. And while some of us spend time snuggling our Labrador retrievers, others collect more exotic pets like lions and tigers — oh, my!

The wealthy tend to lead different lives from the rest of us. From scaling Mt. Everest to hunting games in Africa, here are some of the many exciting activities the rich enjoy.

You don’t need to take a cruise with people you don’t know if you can afford to sail on a yacht. And because most of the larger boats come equipped with a captain and crew, you need not know how to sail to hit the open water. Unfortunately, you do need to have a large bank account to enjoy this activity.

Renting one can run you $5,000 a day, according to TheRichest. And according to Forbes, a 170-foot yacht can cost as much as $50 million to buy outright. But believe it or not, some luxury yachts cost much more.

Polo — a team sport played on horseback — is favored by the royals. So, it’s no surprise that it’s also an expensive hobby. For example, full membership in the Detroit Polo Club costs $3,000 annually. And that doesn’t include the price to surprise, given that competitive-level dance lessons cost $50 to $200 per couple to buy a horse, which can be as high as $250,000 for a polo pony.

If you have an adventurous side and a love of cars, high-performance race car driving can offer extreme fun as you speed around a track. But don’t get too excited. It can cost up to $950 for three eight-minute driving sessions, according to Nascar Racing Experience.

Hunting isn’t necessarily an expensive hobby. But if you want to hunt big game, be prepared to empty your wallet. It can cost tens of thousands of dollars for the thrill of hunting lions, elephants, and other big-game animals. And some hunting expeditions can cost up to $70,000.

Taking a ballroom dancing class here or there probably isn’t break the bank. But if you turn ballroom dancing into a serious hobby and start competing, the cost of competition fees, lessons, transportation, and other expenses can reach $10,000 per year, according to CostHelper.

That’s not surprising, given that competitive-level dance lessons cost $50 to $200 per couple per session.

For some millionaires, it isn’t enough to own a domestic dog or cat. They would instead collect exotic and expensive animals. Unfortunately, this hobby comes with a hefty price tag.

You don’t have to be rich to collect antiques and might discover high-value finds at estate sales or garage sales. But antique collecting can be an expensive hobby for rich people with plenty of money to blow. For example, someone collecting handmade rugs might pay as much as $257,000 for a 150-year-old Persian silk rug.

Going to a horse racing track and placing a bet doesn’t have to be a budget-buster. But if you want to breed, train and race your horses in competitions, that can cost big money. The average cost for a racehorse in 2015 exceeded $65,000, according to The Jockey Club, an organization for horse racing and breeding. The expense of this hobby increases once you add in the price of food, grooming, and housing.

Anyone can hike a mountain to get some exercise or appreciate the view. However, you’ll need to open your wallet to reach the top of the world’s most famous summits.

Hiking one of these majestic peaks can mean shelling out for a guide, food, base camp, and oxygen. Prices vary, but it can cost a single climber $11,000 in license fees alone to reach the top of Mount Everest. And even a low-budget expedition can cost $25,000 in total, according to MountEverest.net.

A hot air balloon ride offers a fantastic glimpse of the landscape below. And at $250 per person, a 90-minute weekend ride isn’t too extravagant. However, if you want to make air ballooning a hobby, it can cost you some serious cash. You’ll have to spend about $2,750 on flight school to learn how to operate the balloon and another $20,000 or more for the actual balloon.

Anyone can swing a club in their backyard, but the most affluent golfers in the world seek out the best courses — and some don’t mind spending serious dough for the privilege of playing. Membership in some of the most exclusive clubs in the world will cost you a pretty penny. For example, the joining fee for Trump National in Westchester is $30,000 to $50,000.

Joining the Liberty National Golf Club in New Jersey, which has views of the New York City skyline, costs about $300,000, with annual dues running $29,000 per family.

The average Joe might be able to afford the occasional skydiving experience, which involves jumping from an aircraft with a parachute. A single tandem dive can cost about $250. However, making skydiving a regular hobby is a significant investment. Skydiving gear alone costs $5,000 to $9,000 to buy, according to CostHelper.

Scuba diving is another expensive hobby that only the rich can afford regularly. The price of a scuba diving certification and equipment is about $500, which isn’t too extreme. However, underwater diving becomes expensive once you add in transportation and lodging at the best scuba locations in the world, such as the Great Barrier Reef, Kimbe Bay in Papua, New Guinea, and Ras Mohammed National Park in Egypt.

The collection of high-end art is among the most expensive hobbies. Some of the more costly works in the world include Pablo Picasso’s masterpiece, “Les Femmes d’Alger,” which sold for $179 million to an anonymous bidder in 2015, and “When Will You Marry?” by Paul Gauguin, which sold to Qatar Museums for $300 million the same year. According to Money Inc, Sean Combs, Leonardo DiCaprio, and Madonna are just a few stars to boast stellar art collections.

A poker game is about the stakes for wealthy people with millions to blow. High-stakes poker games are played by some of the world’s wealthiest people, with some games requiring a $1 million buy-in.

Most people can afford a short vacation or getaway. But not everyone can afford to travel and explore the world in style. Add in the cost of high-end accommodations, first-class travel, excursions, and food, and a round-trip excursion around the world might cost as much as $1 million.

Winemaking is another expensive hobby of the rich, according to Jim Wang, founder of personal finance website Wallet Hacks. “I have a business acquaintance who is very wealthy, and one of his hobbies is winemaking,” he said. “We’re not talking about going to a winery, mixing their vintages, and calling it your blend with your label. That’s quite fun and affordable. My friend bought land, hired staff, and it was a couple of years until he could bottle anything.”

Many hobbyists make wine on a more affordable scale. According to Forbes, if you want to start a winery in Napa, it can cost you about $100,000 per acre.

Members of the super-rich are known to collect rare and vintage cars. Jay Leno, for instance, is known for his expensive collection, which he drives around the streets of Los Angeles. The price of a vintage collectible varies. For example, a 1954 Mercedes Formula One race car can cost about $29.6 million.

If you have dreams of piloting your plane, you’ll need the resources to pursue them. Securing a private pilot license can cost $12,000, and a used six-seat Cessna Citation CJ3 can cost as much as $2.5 million. Then, it can cost $100 to $200, on the low end, per flight hour to operate the plane.

Instead of flying a plane, you might consider renting a private jet now and then. Keep in mind, however, that the most luxurious jets in the world cost a fortune.

People with a competitive side and a need for speed might enjoy racing cigarette boats. Unfortunately, this isn’t a cheap hobby to participate in. Cigarette boats currently on sale at Yachts.com cost $18,000 to $679,000.