Nearly two-thirds of successful CEOs say they wake up at 6 a.m. or earlier: ‘It’s just a matter of establishing routine’ 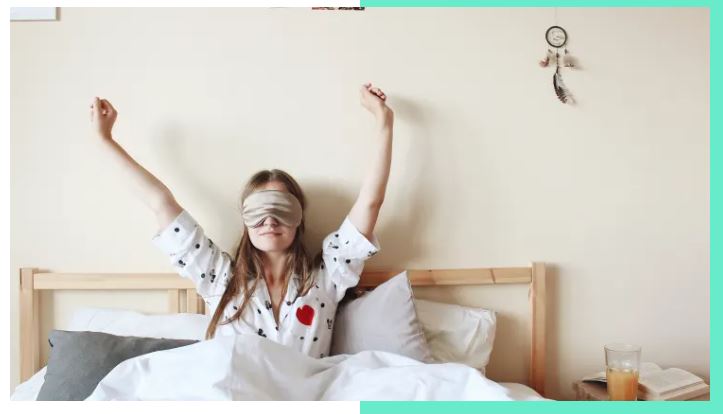 You don’t have to wake up early to be successful just because someone like Apple CEO Tim Cook is up at 3:45 a.m. But many high-profile and highly successful entrepreneurs and CEOs rise at dawn — or earlier — to get a head start on their busy schedules.

The majority of successful business leaders get up no later than 6 a.m., according to a new survey of CEOs from Inc. magazine’s latest ranking of the fastest-growing private companies in America. The study of 1,086 CEOs of U.S. companies on the 2022 Inc. 5000 list, published on Thursday, found that 64% wake up by 6 a.m. or earlier. Nearly 9 out of 10 CEOs surveyed rise by seven a.

Inc. editor-in-chief Scott Omelianuk says he’s unsurprised: Mornings may be one of the few quiet periods on any CEO’s daily schedule. “Mornings, in particular, prove to be, for a lot of the entrepreneurs I talk to, the time that allows them to focus,” Omelianuk tells CNBC Make It, adding: “There’s this moment of quiet, where you can focus on the issues of the day, whether that’s making a list or thinking through a problem strategically. But it’s that time when they can think for themselves before everything that derails the perfect day starts to happen.”

Is the time to focus worth sacrificing sleep?
Sleep scientists are adamant that humans need between seven and nine hours of sleep every night, no matter how early you need to wake up for work. Getting a good night’s sleep can improve your physical and mental health, making you more productive. Amazon founder Jeff Bezos says he always shoots for eight hours of shut-eye because it gives him energy and helps him “think better.”

Some experts argue that humans tend to be more productive in the wee early hours of the morning simply because there are fewer distractions at those times. That’s the sentiment Tim Cook has shared in the past to explain his early-rising habit. “I can control the morning better than the evening and through the day,” the Apple CEO said in a 2021 interview. “Things happen throughout the day that blows you off course.”

Omelianuk notes that the average business leader may not be afforded the luxury of sleep in the first place: Especially at startups and small businesses, CEOs might not have the budget for support staff, making them all the more overworked as they attempt to tackle their long list of responsibilities regularly. “Entrepreneurs don’t get enough sleep, in general,” he says.

You can find a routine that works for you.
Some CEOs and business owners use their mornings as uninterrupted work hours. For example, Tesla and SpaceX CEO Elon Musk has said he typically looks over “critical emails” for half an hour upon first waking up — though that’s a habit he now says he’s trying to replace.

Others prioritize wellness. Cook splits his mornings between reading user comments about Apple products and working out at the gym: An early workout “keeps my stress at bay,” he told HBO’s “Axios on HBO” in 2018.

Science supports the sentiment: Psychologist Joel Dvoskin recently told CNBC Make It that humans can improve productivity and mental health by enjoying quiet time in the early morning and engaging in physical activity before work. That’s especially important for CEOs concerned about the potential toll running a business can take on their mental health.

When listing their biggest concerns as entrepreneurs, 46% of the 1,086 CEOs responding to Inc.’s survey cited “fear of failure.” Large portions also expressed concern over the mental health risks associated with running a business, with 43% pointing to “exacerbated anxiety” and 15% citing an increased risk of depression among founders.

Omelianuk says it’s s a good sign that so many CEOs feel comfortable identifying mental health as a concern, considering the stigma around it. The early wakeups, he says, may even have something to do with finding ways to manage the stress of their jobs. “It’s just a matter of establishing a routine,” he says. “And for many founders, that is the only time they get to have a routine.”