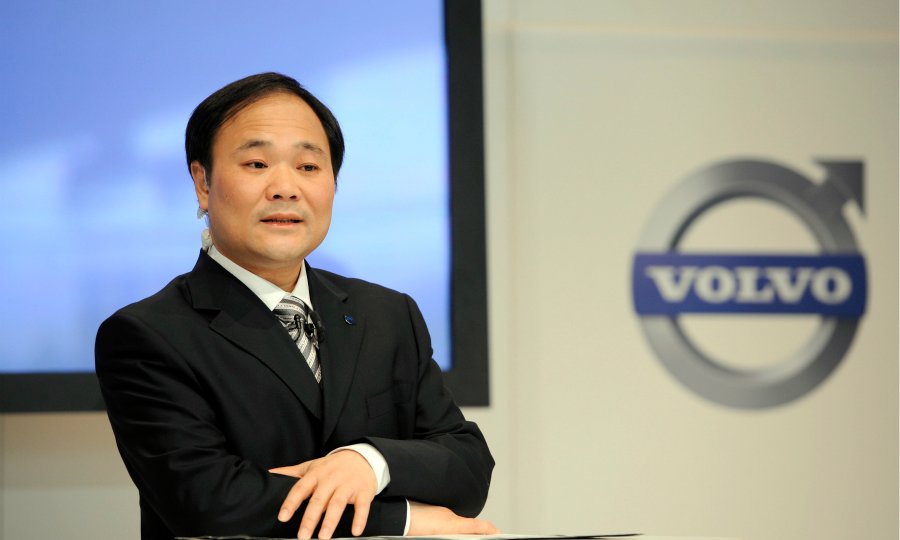 Li Shufu is a renowned Chinese entrepreneur who is involved in the automobile business and has been ranked 1067 on Forbes Billionaires List and 30 on China Rich List. He is the Chairman of Zhejiang Geely Automobile Holdings and Volvo. His assets are estimated at  $25.8 billion.

Childhood:—-
Li Shufu was born in 1963 in Taizhou, Zhejiang province. He was born and brought up in a rural area where it was a luxury to buy a car or take an air flight. He made his first model car at age 10 after getting inspired by the Red Flag cars he saw in the nearby military airport.

Hobbies:–    Poetry and Music are his hobbies, and he pursues them during his spare time.

Education:—  He did his Bachelor’s Degree- in management engineering at Harbin University of Science and Technology. Mr. Shufu did his master’s in mechanical engineering from Yanshan University.

Entrepreneurship:—-
His first foray into business was in photography with the assistance of $16 given by his father in 1980. His inexpensive camera was no good for the job, and he devised his camera with lighting equipment and furniture for his studio. His experience in photography led him to try extracting gold and silver from used machinery. However, competition forced him out of the business.

Fridge components:—-
At the age of 23, his second major foray in business was making fridge components, and soon he made his fridge under the brand name ‘Artic Flower.’ But too many players entered the scene, and he went on to new pastures.

He set up a company called Geely which, in Chinese, meant ‘lucky.’ Following the setbacks and the Tiananmen Massacre of 1989, he handed over the business to the government and went to study for the next few years.

Motorcycles:—   After his studies, he returned to start a motorcycle business in 1993, which was initially a success but petered out later due to the entry of new players. He produced the two-wheelers at half the cost of the Japanese versions and exported them to 22 countries.

Automobiles:—-
He started his car manufacturing business in 1997, operating from a former prison factory in Chengdu. Geely was listed on Hong Kong Stock Exchange in 2005 through a backdoor listing. His initial production on August 8, 1998, was unsatisfactory, and Li didn’t sell it. The second batch of cars did not meet the required standards. In 2000, another set of vehicles from its second unit at Ningbo was of poor quality.

When China joined World Trade Organization (WTO), it could design and produce his cars. His first car named ‘The Free Cruiser’ with the design provided by South Korea’s Daewoo was made in 2002 and exhibited at an international show. In 2009, Geely acquired the largest auto transmission company, Australian DSI.

Volvo Cars:—-
He thought of buying Volvo from Ford Motor Company in 2002. Initially, they were reluctant to consider his proposal as it seemed too big for a Chinese company to manage it. He finally bought Volvo in 2010 and had a tough job of making a turnaround in a company that had a reputation for making boring but safe cars.

Management Style:—-
Democratic management is his hallmark. He consults experts and gains collective wisdom before making a decision. His emphasis on enterprise efficiency and material efficiency has helped him overcome setbacks and race ahead.