Entrepreneur who made a million at Microsoft said, “Bill Gates was an extremely intense person” 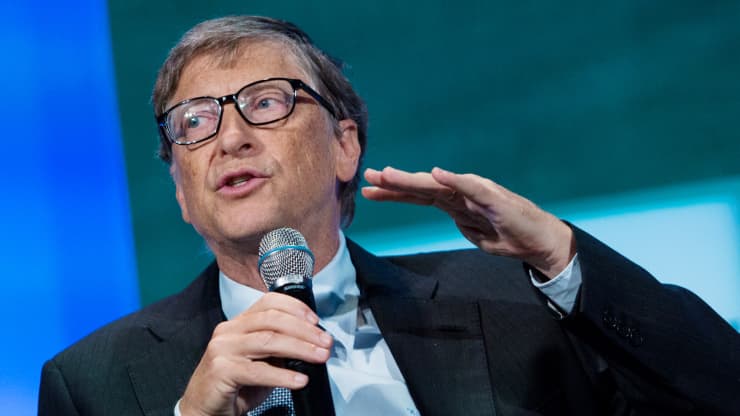 As an entrepreneur and expert in the psychology of money and business, I’ve always been fascinated by how the world’s wealthiest billionaires built their wealth, especially the ones who started with very little.

So I spent five years conducting face-to-face interviews with 21 self-made billionaires. I listened to their life stories, studied their habits, and documented the principles that led them to great success in my book, “The Billion Dollar Secret.”

One of the most inspiring billionaires I had the pleasure of interviewing was Naveen Jain. The Indian-born entrepreneur and philanthropist know no limits — his resume proves it: Jain, now 60, is the founder of several successful companies, including InfoSpace, BlueDot, Viome, Intelius, TalentWise, and Moon Express.

After completing his engineering degree and MBA in India, Jain moved to the U.S. through a business-exchange program. In 1989, he landed his first big career break as a young man: a job at Microsoft. When I interviewed him in 2015, Jain told me he made his first $1 million working for Bill Gates — and the experience played a huge role in his success today.

Fight for your convictions:—
“Don’t be afraid to be different.” That’s one of the top lessons Jain learned working with Gates. When we met in Dublin, he told me a story about a time when he had to fight for his convictions. “I was in my first few months at Microsoft, and we were in a meeting about Windows NT,” he said. “I was just a mid-level manager — the dumb young guy.”

Midway into the presentation, Gates turned to Jain and asked, “What do you think about this operating system?” Jain replied, “Bill, I think it’s going to be big, fast, and slow.” The room grew silent, Jain recalled. “All the top guys were in that meeting. And Bill Gates was an extremely intense person. He quietly looked at me for 10 seconds and then said, ‘Exactly!’”

…the cost was that I almost got fired. But that’s how entrepreneurs are. They don’t care. They’ll say what they believe and then go out and do it themselves. After the meeting, Jain’s manager pulled him aside and told him, “Do you know you work for me? And what you did is going to cost you.”

“Martin, it may surprise you, but I do not work for you,” Jain replied. “I work for the company, and I work for myself. So don’t you ever tell me I work for you.” To teach him a lesson, Jain’s manager put him on probation. “That will show you who you work for,” he said.

But something amazing happened after that: “They changed everything in that operating system to become a lean, mean operating system,” said Jain. “All because I was able to say, ‘Bill, this is exactly what’s going to happen if you go down this path.’” He continued: “So the cost was that I almost got fired. But that’s how entrepreneurs are. They don’t care. They’ll say what they believe and then go out and do it themselves.”

Bill Gates was ‘driven, passionate and full of belief’
Jain still considers the Microsoft co-founder his “most admired thought leader.” Back then, he explained, “all these big companies in the marketplace were asking their customers, ‘What do you want?’ And the customers were saying, ‘I want a better, faster and cheaper of what you built’ — not something different.”

But breakthroughs don’t happen that way, according to Jain: “Any smart person can tell you that every great idea is a crazy idea until the breakthrough happens. Only then does it become obvious. Bill was able to see something that other people laughed at. He was able to push through all that and create a whole new industry.”

Bill was able to see something that other people laughed at.

Jain’s most significant gift from Gates was learning to think big and fight for his dreams. That led him to create InfoSpace (now Blucora), which ultimately helped him reach billionaire status.

With his latest venture, Moon Express, Jain hopes to make the dream of private space exploration a reality. (In 2017, Moon Express became the first private company to receive government permission to travel beyond Earth’s orbit.) And he still has a long list of things he wants to achieve. Jain says he likes to tell people: “Don’t tell me the sky is the limit; I’m gonna mine the moon.” He wants to be remembered as “the man who knew no limits.”

Rafael Badziag is an author and expert in the psychology of entrepreneurship. He has interviewed 36 self-made billionaires worldwide, and his new book, “The Billion Dollar Secret,” is an Amazon best-seller. Rafael has been featured on NBC, CBS, ABC, Fox News, BBC, USA Today, Forbes, and The Wall Street Journal.