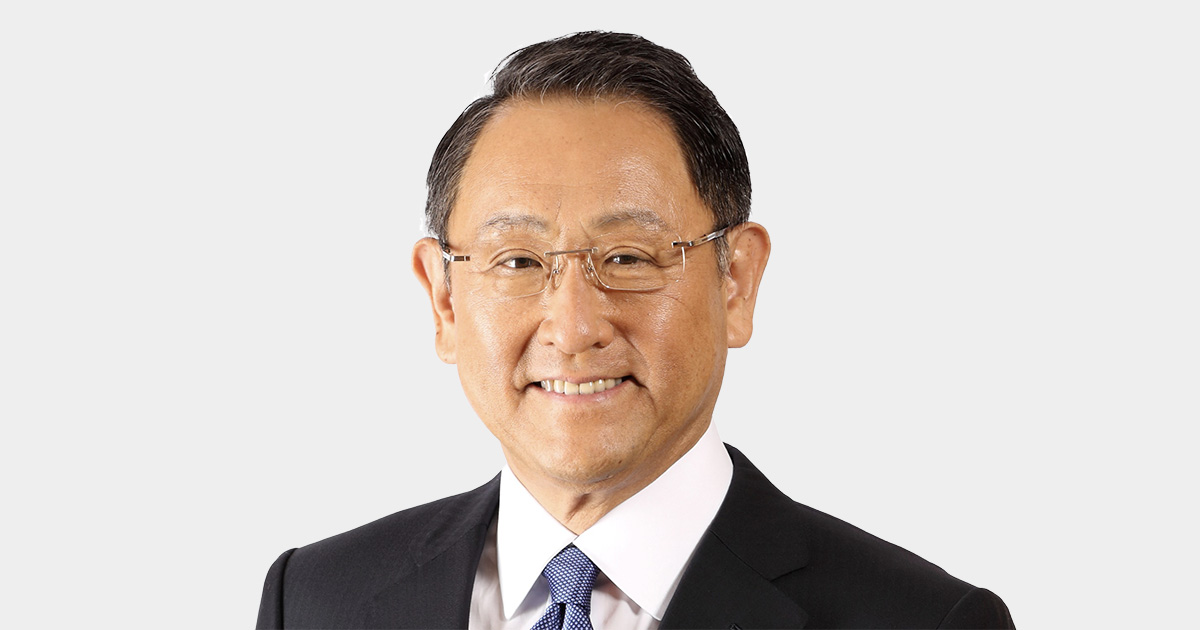 Akio Toyoda is the acting CEO & President of Toyota Motor Corporation. He is the grandson of the great Kiichiro Toyoda, the man behind the foundation of Toyota Motor.

Akio has proved his worth as a president by leading his company to peak through severe bouts of crisis like international recession, recalls & the notorious 2011 tsunami.

Childhood:—
Akio was born on May 3, 1956, in Nagoya, Japan, to Shoichiro Toyoda. His dad Shoichiro was a former chairman of Toyota Motor. Akio received his bachelor’s degree from Keio University & earned his MBA from Babson College. Early Career:—  After returning with his MBA from the US in 1982, he joined Toyota Motor Corporation in 1984.

Career:—-
As a TMC employee, Toyoda was posted in each phase of the company’s operations, such as marketing, production, and product development, both nationally & internationally. Beyond Japan, Akio served as a board member & vice president at the company’s collaboration with GM (General Motors) in 1998. The joint venture took place in California.

In 2000, he returned to his own country & was selected for TMC Directorial Board. He took up the creation & supervision of the online shopping guide gazoo.com that even provided information on 7 used new vehicles.

In the meantime, Akio supervised the domestic marketing campaigns, Toyota’s operations in the US & production management. The following year, he was appointed as the Chief Officer of the Asia and Sino operations center & in 2002, he was elevated to the designation of M.D. In 2003, Akio became the senior M.D. & after 2 years, he attained the title of Chief Officer for China Operations & Asia, Oceania, and Middle East Operations.

That year only, Mr. Toyoda became the executive vice president & representative director with the responsibility to look after IT and ITS, product management, quality, purchasing, Nippon & overseas sales, and overseas operations. In 2009, he was appointed as the president of Toyota Motor. Today Toyota is the largest automobile company in the world in terms of sales.

Career Highlights:—
Though Akio Toyoda has donned several prestigious positions at Toyota Motor, the most crucial highlight of his career is his appointment as the President of Toyota- in 2009.

Personal Life:—-
The 59-year-old Toyota President is married and is the father of 2 children- a boy & a girl. An avid car racing enthusiast, Akio has participated at ADAC 24 hours, 3 times, under the pseudonym- Morizo.

Akio has been a significant presence in the Toyota Motor Corporation. Just after he was appointed the President, Toyota had to pass through a testing time, but Akio stayed strong & infused the declining company with a new spirit, which helped it bounce back with full vigor. Thanks to Akio’s leadership, Toyota was once again back in the headlines by being the top automaker in the world in the year 2012. Achievements:—   Akio Toyoda was acknowledged with the honor of “Autocar’s Man of the year” in 2012.