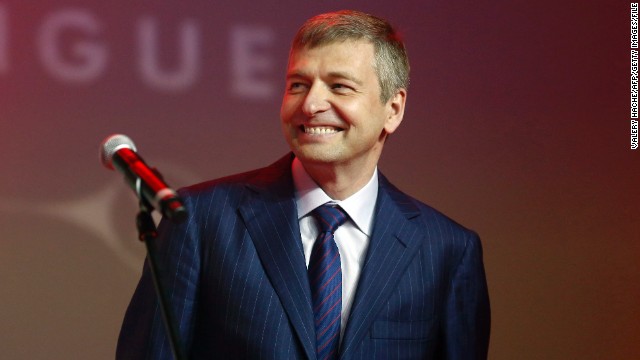 Dmitry Rybolovlev is a businessman, philanthropist, and investor of Russian origin. He is a self-made billionaire.

According to Forbes, Dmitry is the 156th richest billionaire and the 14th richest man in Russia. His estimated net worth is US$ 8.5 billion. His major source of wealth comes from the fertiliser industry. He is the owner of Potas producer Uralkali. Rybolovlev is the majority stakeholder and President of the French football club, As Monaco.

Childhood:—    Dmitry Rybolovlev was born on the 26th of November 1966 in Perm, Soviet Union. Dmitry comes from a medical family. Both his parents were doctors, and Dmitry graduated as a cardiologist from the Perm Medical Institute. In his childhood, Dmitry found great inspiration from the book ‘The Financier by Theodore Dreiser, which inspired him to venture into business.

Early Career:—  Dmitry started his career as a cardiologist for emergency services. He launched his first medical business project with his father, Evgeny. The company was known as Magnetics and found alternative medical treatment forms through magnetic fields.

Heights:—   Dmitry started selling his products in the market, earning him massive profits. It was during this time that Dmitry earned his first-ever million dollars. Dmitry got the Russian Ministry of Finance certificate in 1992. This certificate enabled him to trade and deal with securities. Dmitry founded an investment company in the same year.

By the year 1995, Dmitry popped off the majority of his shares and refocused his energy in enterprises that operated in the potassium industry specifically in Uralkali. For the next decade and a half, he devoted most of his time to the expansion of Uralkali.

Uralkali today is Russia’s biggest producer of potassium fertilizers. The company is even publicly listed on the London stock exchange. It’s initial listing on the LSE gained the company US$ 1 billion. Finally, Dmitry sold his stake in the company for US$ 6.5 billion

Personal Life:—   Dmitry married Elena who was a fellow student in medical school. They had a child, Ekaterina. Elena and Dmitry have split up.