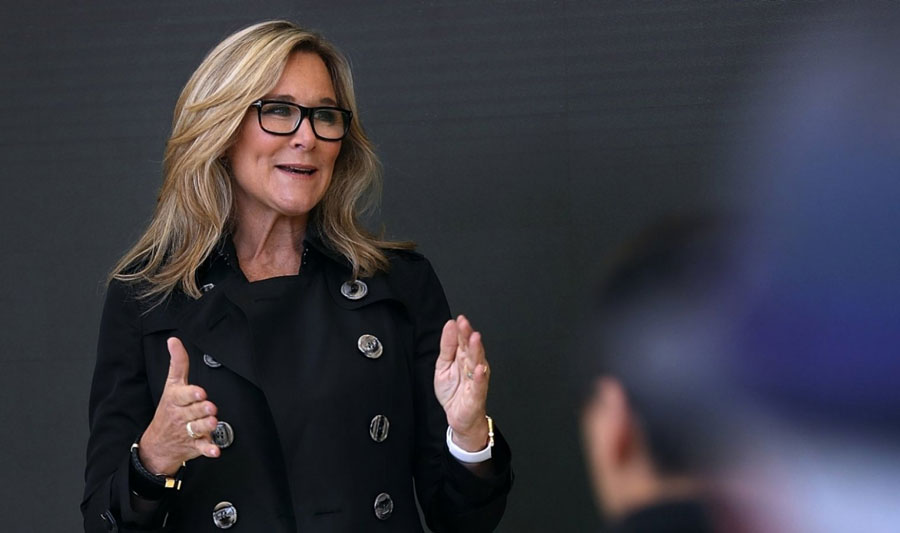 Angela Ahrendts is an American businesswoman with a net worth of $210 million.  Angela Arendts is the Senior Vice President of Retail and Online Stores at Apple Inc. An American Businesswoman, Angela is the only woman to be a senior executive at Apple.

Childhood:—-
Angela Arendts was born on June 7th, 1960, to Richard and Jean Arendts. Her father was a businessperson, and her mother was a homemaker. She has five siblings. Angela did her education at the New Palestine High School.

She received an undergraduate degree in Merchandising and Marketing from Ball State University, Indiana, and an ‘Honorary Doctorate in Human Letters’ from Ball State in 2010.

Early Career:— Angela Ahrendts’ style industry career began when she moved to New York. She initially merchandised at bra-maker Warnaco. In the year 1989, Angela joined Donna Karan International. She was involved in developing and promoting the brand in the global market. She has been associated with numerous products and brands.

She was hired to promote Bendel Stores and create 50 new markets. Her career saw a brand new high when Angela was appointed Vice President, Corporate Merchandising and Design at Fifth & Pacific Companies.

Success was sweet on her, and within a few years, she became Senior Vice President of Corporate Merchandising and Group President. Her share of duties comprised merchandising of the Group’s brands. In the year 2002, she has become the Executive Vice-President of the Company.

Highlights:—   Ahrendt’s career touched a new high when she joined the prestigious brand Burberry in January 2006. Within six months of entering, Angela was made the CEO. Her dynamic personality gave Burberry a new lease of life, and  business picked up. Ahrendts has her unique style and rather than following set patterns, Angela creates her designs.

The Company did well under her headship. Angela’s journey with Burberry came to an end when she quit Burberry to join Apple Inc, as Senior Vice-President of Retail and Online Stores on May 1, 2014.

Personal Life:—     Angela is married to Gregg Couch. The couple had a 17-year long-distance courtship before they tied the knot. They are blessed with three children. Angela was brought up as a Methodist and is an active Christian.

Angela was awarded Crain’s New York Rising Stars 40 under 40. She has won the Outstanding Leadership Award at Oracle World Retail Awards. Angela was honored with the                                   Most Excellent Order of the British Empire, a DBE for services to British business. Angela is associated with UK’s Premier’s business advisory council.