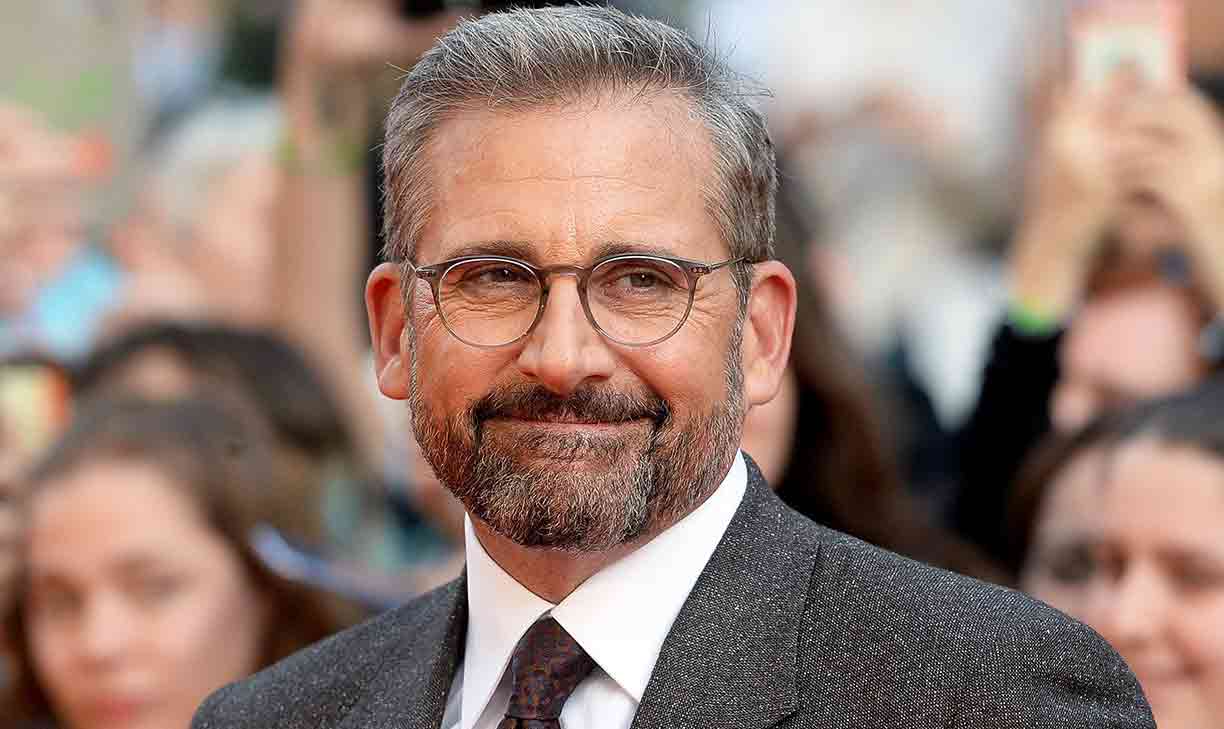 Steve Carell is an American actor, comedian, producer, writer, and director. He played the role of Michael Scott in the popular television sitcom The Office. Carell won a Golden Globe Award for Best Actor for his performance in The Office.

In addition, he is also the recipient of several accolades throughout his career. Carell is considered one of the funniest men in Hollywood. Before his acting career, Carell worked as a USPS mailman and quit his job as he was not good at it. Today, he is a household name and a versatile actor loved by many. Here’s Steve Carell’s success story.

Steve Carell was born on August 16, 1962, in the town of Concord, Massachusetts. His father was an electrical engineer, while his mother worked as a psychiatric nurse. Carell is the youngest of four children. During high school, he played ice hockey and lacrosse. In addition, he also performed with other members of his family.

After school, Carell attended Denison University and graduated in 1984. At Denison, he was a part of a student-run comedy troupe. Carell was also a disc jockey and went by the name “Sapphire Steve Carell.”

After graduating college, Carell started working as a USPS mailman in Massachusetts. After seven months, he quit the job as his boss told him that quickly. Carell decided to give acting a shot. He then joined a touring children’s theatre company and performed on stage.

Later, Carell was a part of a musical and appeared in a restaurant chain’s TV commercial. Before The Office, he made guest appearances on several TV shows. Carell also married in a few short-lived television sitcoms.

In 2004, Carell starred in the film Anchorman: The Legend of Ron Burgundy, which became a huge hit. Impressed by his performance, the producer cast Carell in another film called The 40-year-old virgin. The film did well at the box office and won an MTV Movie Award. In 2005, Carell starred in the television sitcom The Office, an American remake of the British series of the same name. He played the role of the iconic character, Michael Scott. Although the first season had mediocre ratings, the sitcom became very popular.

Carell won a Golden Globe and received six Emmy nominations for his work in the show. With The Office, Carell instantly gained worldwide recognition. Even today, The Office is one of the world’s most popular shows, and many praise Carell for his performance.

After this, he starred in movies including Little Miss Sunshine, Bewitched, Dan in Real Life, Get Smart, and Date Night. In 2010, he voiced the character of  God in the hit animated film Despicable Me. In 2014, Carell starred in the drama film Foxcatcher. He received critical acclaim, and he was nominated for an Academy Award.

In 2015, he starred in another drama called The Big Short, which also received widespread acclaim. Carell has starred in several hit films such as Beautiful Boy, Battle of the Sexes, Vice, and many more. In 2019, he returned to television with Apple TV+’s show, The Morning Show. He received his eleventh Emmy nomination for his performance. Today, Carell is regarded as one of the funniest men in Hollywood.

Steve Carell’s story is very inspiring, from being a mailman to one of Hollywood’s most talented comedians and actors. We should always believe in our dreams and never give up. Hard work is the key to success. It teaches us dedication, determination, and perseverance. Always learn from your mistakes and keep moving forward.