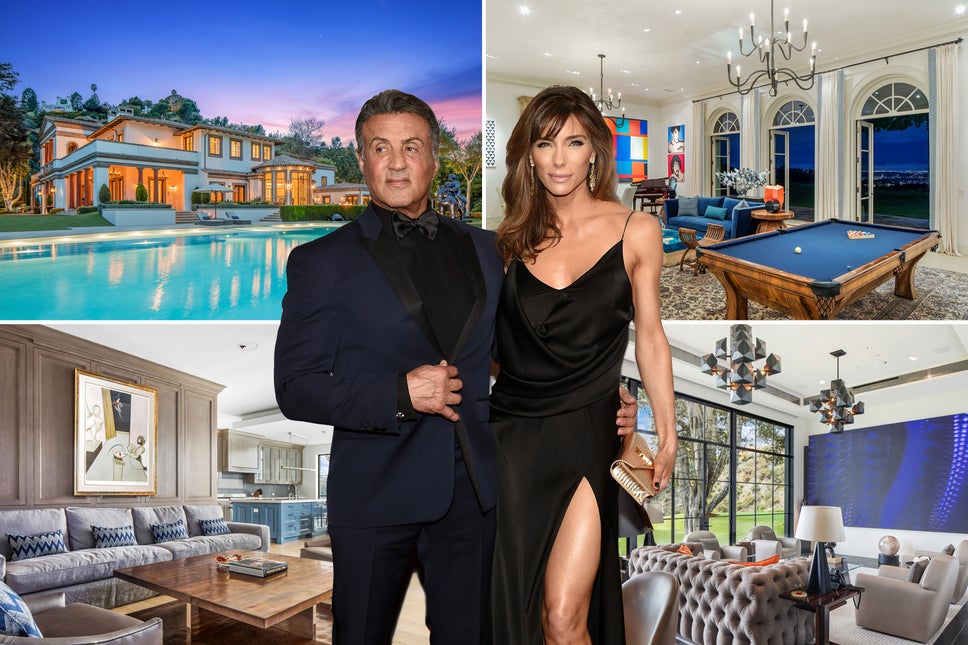 Sylvester Stallone has been one of the most recognized names in Hollywood over the past four decades. And it all started with a simple story of a down-and-out dock worker named Rocky. A nobody who was given an opportunity of a lifetime and seized it.

“It’s all about dreams. Dreams cost nothing; they are free.” – Sylvester Stallone.

His success story should be observed, retold, and shared as much as in his movies. Why? Because success leaves clues. So, that’s what we intend to do in this post today; share his inspiring rags to riches story and hope you take away something to help you create your own success story.

Most people don’t know this about Sylvester Stallone, but he dreamed of becoming a big movie star in Hollywood as a young man. He longed to become a great director, producer, and writer.

But, of course, everyone told him it could not be done. But he wasn’t one to take no for an answer. And after finding little luck in the New York film scene, he decided to try his chances in Los Angeles.

As luck would have it, his life in Los Angeles was not all sunshine and rainbows. He struggled and strived for a few years in Los Angeles as well. At one point, things got so bad, and he was so short on money that he had to take his wife’s jewelry and sell it without her permission to make a few extra dollars.

He even went through a short period of homelessness, spending a few nights sleeping on the floor of a bus station. But the worst of his dire straits would be when he had to sell his dog because he could barely keep him fed.

The struggle was a way of life for Sylvester Stallone for many years. But he was willing to suffer through barely making ends meet so long as he could keep taking shots at roles, regardless of the size. He was willing to go through hell so long as there was the potential to fulfill his dream of making it in Hollywood.

“Life is an opponent that never stops punching, so you better never stop punching back.” – Sylvester Stallone.

Fortunately, his trials and tribulations would not last forever. One day after witnessing a boxing match between a virtually no-name boxer (Chuck Wepner) who went head to head with the greatest of all time, Muhammad Ali, a brilliant idea came to him.

It is said that after he watched this man take on the champ Ali, even knocking him down at one point and almost going the entire distance of the fight with him, he became inspired by what he felt was a metaphor for life.

He became so inspired by what he saw that when he got back home from the fight, he locked himself up in his 8ft x9ft apartment for over three days straight. And when he finally came out of his apartment, he had completed the script that would eventually come to be known as ‘Rocky.’

But just having that script in hand didn’t mean he was fated to overnight success. No, there were still more obstacles that had to be overcome. The script was written, but Sylvester didn’t yet have a backer/producer for it. However, his ample opportunity would crystalize after wrapping up a casting call for a film he auditioned for. This film was directed and produced by two notable filmmakers, Robert Chartoff and Irwin Winkler.

Now, he didn’t cut that audition. But, before leaving the set that night, he seized his moment while conversing with Robert Chartoff and Irwin Winkler.

And it was during that conversation that he boldly mentioned his interests in writing along with some of his ideas to the film producers. As fate would have it, they became intrigued enough by what he was saying that they invited him to stop by their office later so they could learn more about him and his ideas. And as they say…the rest is history.

Nothing’s Over Till It’s Over:—

Sylvester Stallone was one of the two filmmakers, and they decided they would buy the hand from him so they could make it into a movie. They offered Sylvester Stallone upwards of $300,000, which was the most money he had ever been offered, let alone seen at that time. But, he knew that if his script became a success, he would regret not going for the lead role.

So, he made it a point to star in his film, realizing that this would be his real shot at achieving success. So, after much negotiating, he would eventually decline upwards of $360,000 for the sale of his script alone. He eventually won out in his negotiations and sold his script for $25,000, but on the condition that he would get to star in the lead role.

Sylvester Stallone’s calculated risk to forgo what was a massive payout at the time for his script has made all the difference in his ultimate success. The Rocky movie has since become a smash hit and a series of related cascading blockbuster successes. Successes that Sylvester Stallone proclaims he could have never imagined in his wildest dreams.

And it all happened because he had a successful ethos of never settling. It happened because he was willing to embrace the pain and suffering of being without until his vision was realized. He was willing to take on the hits of life and ready to lose it all to strike it big. And it is because he had a vision of what he wanted and stuck to it till the end that he realized his dream, got everything he wanted, and struck it big.

Final Thoughts on This Success Story

And may they give you hope that the vision you glorify in your mind will come to pass. Lastly, allow this story to help you believe that you will eventually win if you push hard enough and strive long enough.