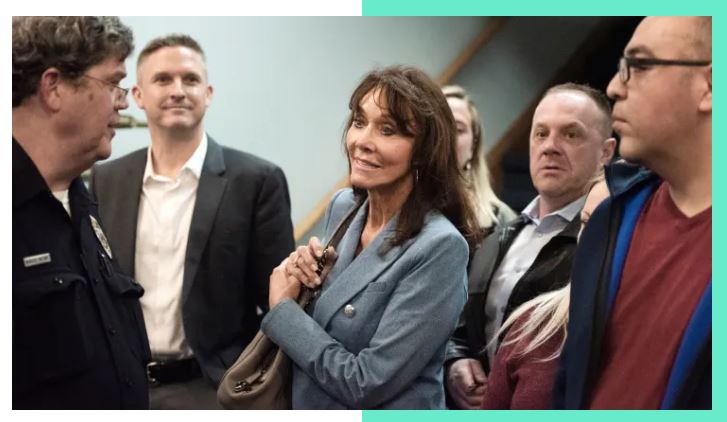 Diane Hendricks didn’t grow up on the inheritance of celebrities or political leaders. Instead, she spent her childhood on a dairy farm in Wisconsin — training a work ethic that eventually helped her create a business empire.

Last week, Hendricks – a net worth of $11.6 billion – topped Forbes’ list of America’s Richest Self-Made Women for the fifth year. Her fortune largely depends on ABC Supply, a construction materials company she built with her late husband in 1982. She’s currently the company’s chairwoman.

In 2017, Hendricks told Forbes that watching her parents run the farm 24/7 established her work ethic, which became important from an early age: She got pregnant at age 17 and had to finish her senior year of high school while living at home. At age 21, she filed for divorce from her high school sweetheart. As a single mother, she got by on a series of odd jobs in offices — rather than picking a single career and single-mindedly pursuing success — before eventually pursuing a real estate license.

“Motherhood got in the way real quick, and I grew up fast,” Hendricks said. “It didn’t stop me from wanting to reach my dream. I became even more focused on what I wanted to achieve.”

Hendricks said some of her dreams were simple: moving to a city and wearing a suit to work every day. Those dreams took a turn after she met and married roof contractor Ken Hendricks in the 1970s. The duo combined talents and co-founded ABC Supply in Beloit, Wisconsin. By 1994, the company had 100 locations. Four years later, it grossed more than $1 billion in annual revenue for the first time, according to Forbes.

Since her husband’s passing in 2007, Hendricks has led ABC Supply independently. The company now has more than 840 locations, according to its website, and is the country’s 23rd-largest private company, according to Forbes. ABC Supply’s website notes that it has acquired the assets of 18 other companies over the last five years, a sign of its market dominance.

The success hasn’t come without controversy. In 2016, the first year Hendricks topped the Forbeout-of-states list, the Milwaukee Journal Sentinel reported that she “didn’t pay a dime in state income tax from 2012 through 2014.” According to the news outlet, she didn’t owe any state taxes in 2010.

That’s not necessarily illegal: ABC Supply tax director Scott Bianchini tells CNBC Make It that the company had changed its tax classification from a C-corp to an S-corp during those years. Under Wisconsin state law, corporations can apply to be S-corps on a federal level and C-corps on a state level, meaning ABC Supply could elect out-of-state tax-option status — potentially including any checks made out from the company to Hendricks — if all of its federal taxes were paid off.

Hendricks is still based in Beloit, with less than 37,000 residents. According to Forbes, she’s spent millions of dollars on local projects to rebuild abandoned properties and bring new businesses to the state.

In 2017, Hendricks opened a local career centre, which hosts workshops to teach middle and high schoolers skills like coding and construction. She told Forbes that the program aims to expose teens to “the value of a job.”

“Children are like, ‘Wow, is that how a welder works?’” she said. “They can go to vocational school and become a welder that’ll pay $50,000 a year. Those are good jobs. Really good jobs.”