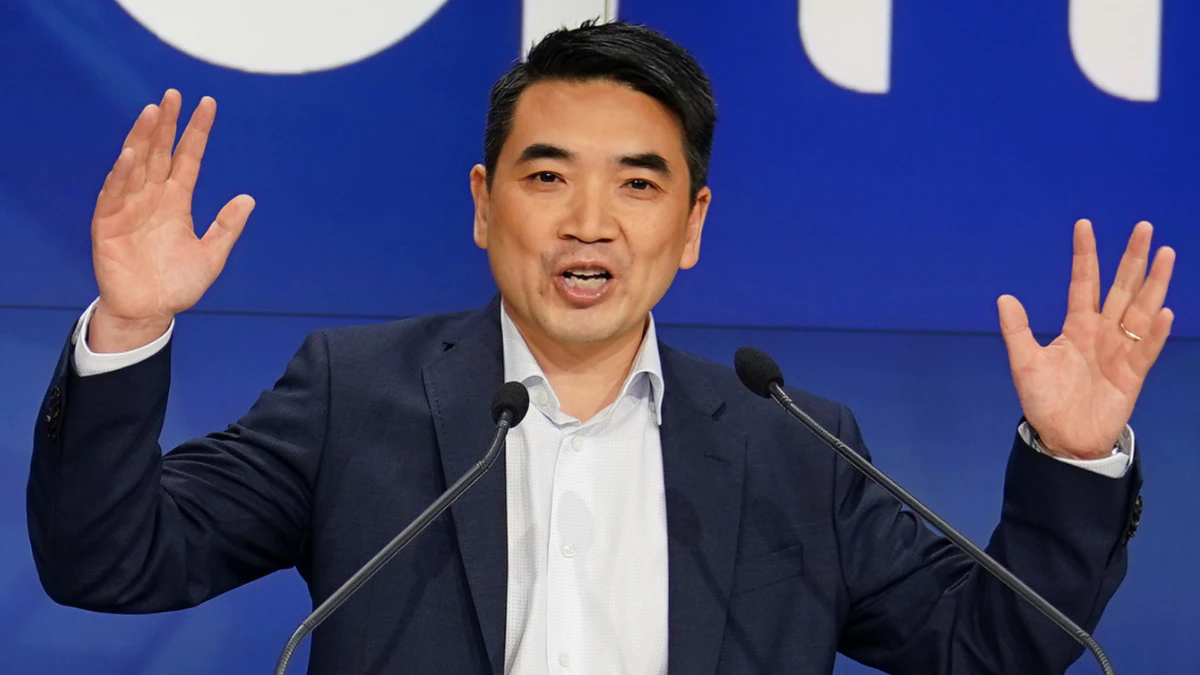 Eric Yuan is a Chinese-American businessman, engineer, and billionaire. He is the founder and CEO of Zoom Video Communications. Yuan’s net worth is estimated to be around $17 billion(2021). Now his net worth $7.9 billion(2022).

Due to the COVID-19 pandemic, people all around the world started using Zoom, and the company witnessed a remarkable increase. Yuan quit his job at Cisco Systems to start his own company. Before coming to the United States, his visa was rejected nine times, and he spoke very little English.

Today, Yuan is one of the richest people in the world. In 2020, Time magazine named him the Businessperson of the Year. Here’s Eric Yuan’s success story.

###Early life and struggles:—
Eric Yuan was born on 20 February 1970 in China. His parents worked as geology engineers. When he was in 4th grade, Yuan collected construction scrapes and wastes and recycled them for cash.

After school, he attended Shandong University of Science and Technology where he graduated with a degree in applied mathematics. During his first year of college, Yuan took                             10-hour train rides to visit his girlfriend. This inspired him to create a videoconferencing software as he wanted to find an easier way to see and talk to her.

This idea had always been in the back of his mind and he eventually created Zoom. After college, Yuan attended China University and got his masters in geology engineering.

But, he did not give up. Yuan then joined WebEx, a start-up based on video conferencing. In 2007, Yuan became the vice president of engineering. In 2011, he proposed the idea of creating a smartphone-friendly video conferencing system. However, they rejected the idea. Yuan decided to quit his job and start his own company, Zoom Communications. He believed in himself and his idea.

###Zoom:—
After quitting his job at Cisco Systems, Eric Yuan started his own video conferencing company, Zoom Communications. He launched the software in 2013 and by May, it had 1 million users. In 2017, Zoom became a unicorn company with a $1 billion valuation.

Due to the COVID-19 pandemic, Zoom saw a major increase in users as millions of people started using the application for various purposes. In less than two years, Yuan’s net worth reached $17 billion. He is one of the richest people in the United States.

###Eric Yuan’s story:—
Initially, Yuan’s idea of creating a web conferencing app was rejected. He went ahead and quit his job to pursue his dreams. We should always believe in ourselves                                     and never give up. Hard work is the key to success. It teaches us dedication, determination, and perseverance. Finally, always try to learn from your mistakes.