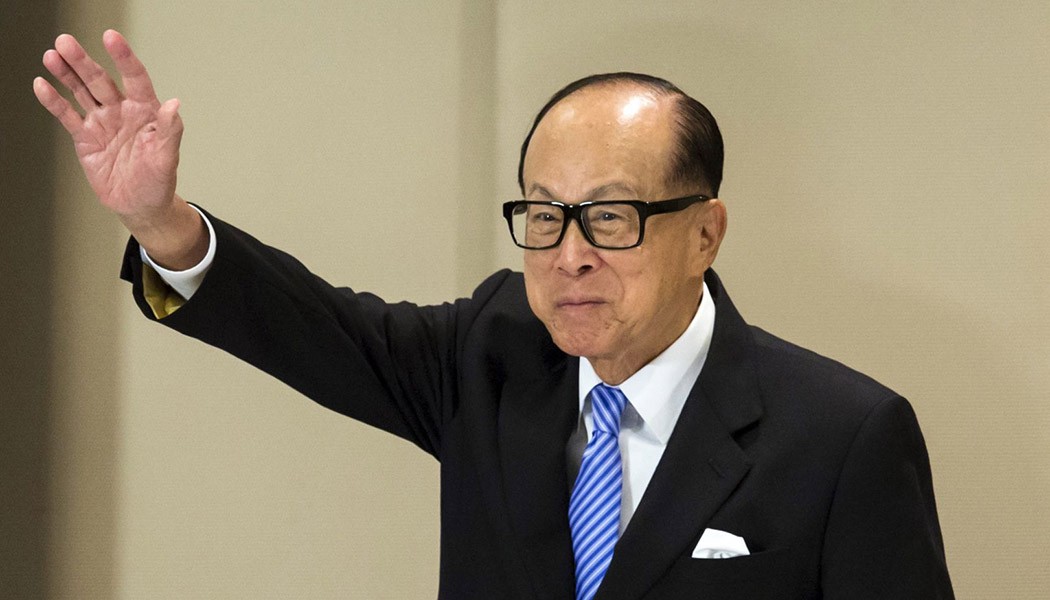 Li Ka-shing was born on the 13th of June 1928 in Chao’an, Chaozhou of Guangdong Province in China. He lost his father during his teens and had to leave school to survive. His father was a teacher. He had to struggle hard and worked in a plastics trading company for 16 hours a day.

Li fled to Hong Kong during the Japanese occupation of South China. A hard working and focused man, at the age of 22, Li Ka-shing established his company Cheung Kong Industries. From 1950, he has spread his wings in various fields to become the richest man in Hong Kong.

###The Journey of Success:—

Li Ka-shing was a visionary genius in business. From manufacturing plastics to a leading real estate investment company in Hong Kong to banking, construction, cellular phones, satellite television, cement production, retail outlets of pharmacies and supermarkets, hotels, sky train, airports, electric power, steel production, ports, and shipping, he has achieved it all with his sheer magnitude, hard work, visionary planning and dedication. He is truly an epitome of success.

Having learned how to operate a plant, Li Ka-shing established a plastic manufacturing company in Hong Kong in 1950. He invested all his hard savings and even borrowed money from relatives. He used to supply high quality flowers to the world at very low prices.

He honed his business acumen by reading business news in trade publications. Li was a quick learner and risk taker. He learned the colour mixing technique to make colourful plastic flowers.

Li Ka-shing hired the best technicians to work for him. His foreign buyers were impressed with his quality plant and used to place large orders. Within few years, Li’s company became the largest supplier of plastic flowers in Asia. This was just the beginning.

In the year 1958, Li invested in real estate. He foresaw the increase in house rents in coming months. He bought a site and developed his own factory building. The 1967 riots came as a boon for Li Ka-shing. Many people fled Hong Kong and                                   property value saw a downfall. He purchased land at lower prices from people, who were fleeing Hong Kong.

In 1985, Li acquired Hong Kong Electric Holdings Limited. It is interesting to note that Li Ka-shing’s has had a humble beginning during his early years. His amazing success story provides a lesson in integrity and adaptability for many. He worked hard and remained true to his internal moral compass.

Li Ka-shing’s CK Hutchinson Group built a reputation as a brilliant asset trader. Its role was to build up new businesses and at the right time sell it off with high profit. In the year 1999, the group garnered a profit of $15.12 billion. In 2006, Li made a $3.12 billion profit on a $4 billion deal by selling 20% of Hutchinson’s ports business to Singaporean rival PSA Group.

With a $2 billion investment, Li made $11.1 billion by selling 67% controlling stake in Hutchinson Essar in India.

Li Ka-shing was way ahead than most of the businessmen around the world. He was always quick to gauge the future of any new business. He intelligently invested in technology startup firms. Li’s investment and venture capital firm Horizons Ventures invested in ‘doubleTwist’ by buying a stake in the startup company.

The main reason for Li Ka-shing’s success is his perseverance to never stop investing in prospective businesses. In 2015, his Horizon Ventures funded $30 million in Zoom Video Communications and $108 million in Impossible Food. His investment spree continued in 2016 by investing $55 million in ‘Blockstream’.

Li Ka-shing is one of the highly influential Asian entrepreneurs in the world. His net worth is pegged at $32.8 billion as on 31st March 2019. Li is known for leading a frugal no-frills lifestyle. He still wears simple shoes and an inexpensive watch.

He has lived in the same house for a number of decades. Incidentally, it is located in Deep water Bay on the Hong Kong Island, which happens to be one of the most expensive districts today. His generosity in various philanthropic activities is second to none. Li Ka-shing owns the second largest private foundation in the world. In Hong Kong, he is fondly known as ‘Superman Li’.

In the 12 months 1963, Li Ka-shing married Chong Yuet Ming. They have been blessed with sons, Victor Li and Richard Li. Li misplaced his spouse in 1990. Li Ka-shing’s humbleness is pondered in his undeniable dressing. He is not like different wealthy flashy billionaires.

He has been frequently visible carrying a less costly Citizen Watch. His most costly watch is HK$500 Citizen watch. He is an epitome of simplicity.

Li Ka-shing reign for almost 70 lengthy years over CK Hutchison Holdings and CK Asset Holdings. On the sixteenth of March 2018, the 89-12 months-octogenarian introduced his retirement. He surpassed his $100bn empire to his son Victor Li. Li nevertheless is still involved withinside the conglomerate as a Senior Advisor. He holds twin citizenship of Canada and Hong Kong.

Li Ka-shing has been honoured with prestigious awards like Grand Bauhinia Medal, Knight Commander of the Order of the British Empire and Commandeur Légion d’honneur.