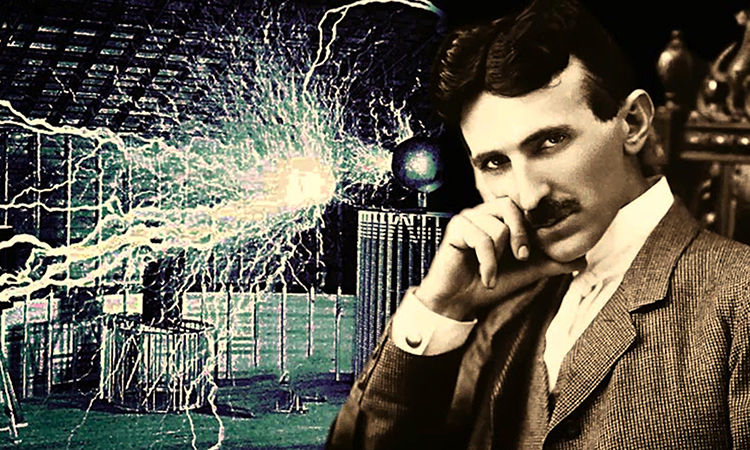 Nikola Tesla, an engineer and inventor, is known for designing the alternating-current (AC) electric system, which is the predominant electrical system used across the world today. He also created the “Tesla coil,” which is still used in radio technology. Though he was famous and respected, he failed to translate his inventions into long-term financial success.

His success story is filled with ups and downs.

Nikola Tesla was born in 1856 in Smiljan, Croatia. His father was a priest in the Serbian Orthodox church and his mother managed the family’s farm.

In 1863 Tesla’s brother passed away due to a riding accident. The shock of the loss unsettled 7-year-old Tesla. He reported seeing visions—the first signs of his lifelong mental illnesses.

Tesla studied math and physics at the Technical University of Graz and philosophy at the University of Prague. In 1882, while on a walk, he came up with the idea for a brushless AC motor. He made the first sketches of its rotating electromagnets in the sand of the path. Later, in the same year, he moved to Paris and got a job repairing direct current (DC) power plants with the Continental Edison Company.

Two years later, he immigrated to the United States.

Tesla’s life in the United States:—

Tesla arrived in New York in 1884, with four cents in his pocket, a few of his own poems, and calculations for a flying machine. He started working as an engineer at Thomas Edison’s Manhattan headquarters. He worked there for a year, impressing Edison with his intelligence and persistence.

At one point, Edison told Tesla he would pay $50,000 for an improved design for his DC dynamos. After a long time of experimentation, Tesla presented a solution and asked for the money. Edison hesitated, saying, “Tesla, you don’t understand our American humour.” Soon, Tesla quit his job.

Tesla and his inventions:—

After failing to start his own Tesla Electric Light Company, Tesla discovered backers to support his research into alternating current. In 1887 and 1888, his inventions were granted more than 30 patents and he was invited to address the American Institute of Electrical Engineers on his work.

His lecture caught the attention of George Westinghouse, the inventor who launched the first AC power system. He was also Edison’s major competitor in the “Battle of the Currents.”

Westinghouse hired Tesla, licensed the patents for his AC motor and gave him his own lab. In 1890, Edison arranged for a convicted New York murderer to be put to death in an AC-powered electric chair to show how dangerous the Westinghouse standard can be. Due to this, Tesla struck out on his own again.

In the 1890s, Tesla invented electric oscillators, meters, improved lights and the high-voltage transformer known as the Tesla coil. He also experimented with X-rays, gave short-range demonstrations of radio communicationi and piloted a radio-controlled boat around a pool in Madison Square Garden.

Together, Tesla and Westinghouse lit the 1891 World’s Columbian Exposition in Chicago and partnered with General Electric to install AC generators at Niagara Falls, creating the first modern power station.

Tesla lived his last decades in a New York hotel, working on new inventions even as his energy and mental health faded. He spent his final years feeding and communicating with the city’s pigeons.

Tesla died in his room on January 7, 1943. Later that year the U.S. Supreme Court voided four of Marconi’s key patents, belatedly acknowledging Tesla’s innovations in radio. The AC system he invented and improved remains the global standard for power transmission.

Nikola Tesla was a fantastic scientist who patented more than 300 inventions and invented. The legacy of his work lives on to this day although he lost the credit for many of his discoveries. He still is one of the greatest inventors this world has ever seen.

Tesla was brave and never afraid to propose ideas that were way ahead of their time. He didn’t care about money and only cared to make a better future for the world we live in today.

Tesla had a vision that others couldn’t see. So if you’ve ever been told that you’re crazy or that your ideas are ridiculous don’t try to convince those around you that you’re right they might not see it. Yet convince yourself and get to work don’t be afraid to tap into the unknown.

Don’t be scared to explore your ideas even though nobody believes in them. Use your imagination. You have the power to change the world let the future tell the truth and evaluate.

What is Nikola Tesla known for?
He invented the first alternating current (AC) motor and developed AC generation and transmission technology.