28-year-old self-made millionaire has learned that: ‘The slow way to wealth is to save’ 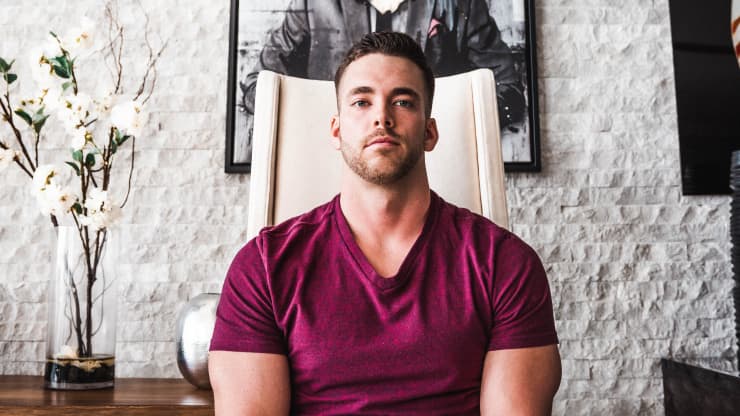 Tanner Chidester’s net worth crossed $1 million before his 28th birthday, thanks to the two, seven-figure businesses he built: Fit Warrior and Elite CEOs.

Having started from scratch, the self-made millionaire has learned that if you want to get rich, “it’s a lot easier to make more money than to save more,” he tells CNBC Make It. “The slow way to wealth is to save.”

It took Chidester, now 28, a few years to actually figure out how to make money. When he was 22, he dropped out of Texas A&M his senior year to start a business creating personalized fitness and eating plans.

The former Division 1 college football player made just $2,000 off the programs his first two years. To pay the bills, he worked six-hour shifts at Olive Garden.

It wasn’t until he took a course about how to build an online training business that he started to see results. “That’s when I learned that people will pay high ticket prices — high ticket meaning $1,500 plus — for a service,” says Chidester, who was 25 at the time.

Chidester homed in on one-on-one coaching, which people will shell out four figures for, he realized. As soon as he increased his prices, he started seeing big money: He made $10,000 in one week.

Chidester isn’t the only self-made millionaire who encourages this kind of thinking. Grant Cardone, who was deep in debt before building a multi million-dollar fortune, says the only way to get really, really rich is to focus on earning. “I can promise that you will not get rich by skipping your daily latte,” he writes for CNBC Make It.

“If you don’t have income, then there is no money to save.”

Rather than giving up coffee or avocado toast, “you need to get your mind focused on income,” says Cardone. “Increase your income enough and you will be able to save something substantial.”

Steve Siebold, who studied wealthy people for more than 25 years for his book “How Rich People Think,” brings up a similar point. “The masses are so focused on clipping coupons and living frugally they miss major opportunities,” he writes.                   “Meanwhile, the wealthy are focusing their energy on not just earning — but earning a lot of money.”

The wealthy are focusing their energy on not just earning — but earning a lot of money.
Steve Siebold
author, professional speaker

This doesn’t mean rich people disregard saving, Siebold notes: “The wealthy also know saving is important. But they know earning money is even more important. Most people are more concerned with the modest gains they accumulate from their savings and                                      investments than they are with using their billion-dollar minds to create a fortune.”

In conclusion: If you want to make it big, follow the money.