Net worth $290 million -One of the World’s Most Powerful Women Indra Nooyi’s success story. 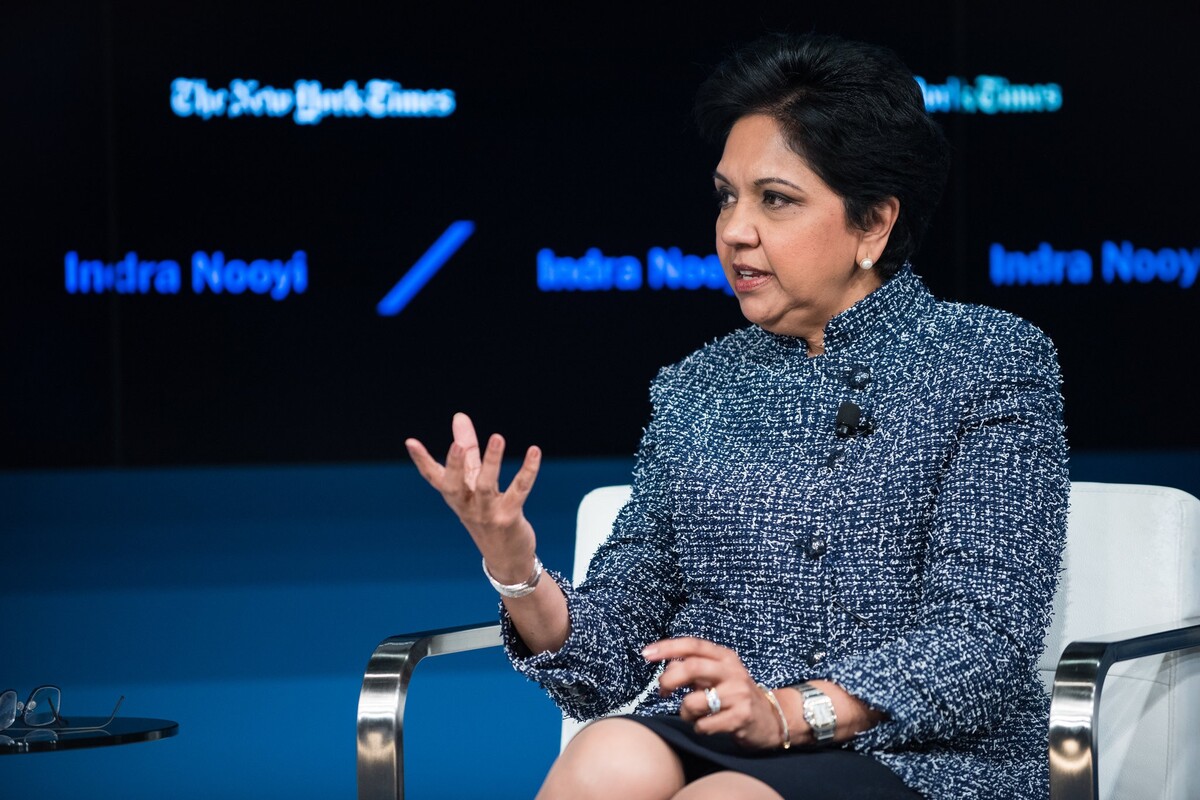 Indra Nooyi is an Indian-American business executive who became the Chairperson and fifth CEO in PepsiCo’s history. She currently serves as the Board of Directors of Amazon and the International Cricket Council. She is an active Philanthropist as well. She and her husband have displayed collated efforts in philanthropy by donating an amount to schools for education purposes in rural areas of the U.S.

Indra was born in Madras, India. She cherished playing cricket. She used to play guitar in an all-girl rock band. She finished her studies in India. In 1978, she moved to the United States for better studies.

In 1981, she married Raj K. Nooyi, who’s the president at AmSoft Systems. The couple has daughters. She was ranked third in the World’s Powerful Moms’ listing by Forbes.

Indra finished her primary education from Holy Angels Anglo Indian Higher Secondary School. She graduated with a Bachelor of Science (B.S.) diploma from Madras Christian College of the University of Madras in 1974.

She pursued a Master of Business Administration (MBA) from the Indian Institute of Management(IIM), Kolkata. She further finished her Master’s diploma in Public and Private Management from Yale University- Yale School of Management in 1980.

Post that, she sat at the position of Vice President & Director of Corporate Strategy and Planning at Motorola. She served at the company for 4 years (1986-1990).

She started working at Asea Brown Boveri Private Limited from 1990 to 1994. She served there as the Senior Vice President of Strategy and Strategy Marketing. Since February 2019, she is serving at the Board of Directors of Amazon as the member of Audit Committee.

In October, 2006, she was declared the Chairman & Chief Executive Officer of PepsiCo by replacing Steven Reinemund. After spending approximately 24 growing years at PepsiCo., she formally left the organization in January 2019. During her tenure, the income of the organization grew from to 80%.

Indra have become the co-director of the Connecticut Economic Resource Center in 2019. The organization is a public-private partnership with the Connecticut Department of Economic and Community Development.

She is a resident of Connecticut and examines the state’s new economic development strategy. She is also the Co-Chairman of AdvanceCT, a Connecticut based nonprofit organization.

Why Indra Nooyi is a good leader?

She treads with courage. Another great leadership lesson for Indra Nooyi is to have the courage to innovate. Great leaders are those who take decisions with conviction, even amidst scrutiny and criticism.

When Indra Nooyi took the decision of making PepsiCo products healthier, the critics were harsh on her.

What made Indra Nooyi successful?

During her 12-year tenure as chief executive, Nooyi transformed PepsiCo into one of the most successful food and beverage companies worldwide.

Her push for healthier snack and beverage choices, along with an eye for product packaging, led to an 80 percent sales growth in the 12 years she was CEO.

What is Indra Nooyi doing now?

Indra Nooyi stepped down from the post of CEO of PepsiCo in 2018. From starting her career as a product manager at Johnson & Johnson to becoming the CEO of PepsiCo, Indra Nooyi has come a long way and has paved the path for many successful women to follow in her footsteps.

Currently, Nooyi is working in Amazon and is the second woman of color to be added to Amazon’s Board of Directors.

Indra Nooyi has come a long way and has paved the path for many successful women to follow in her footsteps. She was the CEO of PepsiCo for a period of 12 years that showcases her strong leadership quality and taught us how to lead with power and dignity.

She excelled in her role which can be seen by the growth of PepsiCo into the most successful food and beverage company. She treads with courage. Another great leadership lesson for Indra Nooyi is to have the courage to innovate. Great leaders are those who take decisions with conviction, even amidst scrutiny and criticism.