Warren Buffett of Japan Wahei Takeda, “My No. 1 secret to success, wealth and happiness in life” 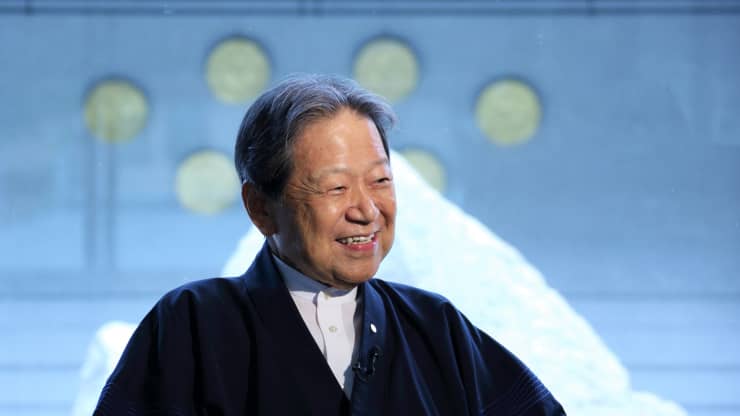 The secret to a happy life isn’t an abundance of wealth — and yet, we often hear people say they want more money. But rarely anyone says they have too much, or just enough.

In my 30 years of researching money and happiness, one of the most remarkable individuals I’ve ever met was a Japanese entrepreneur and investor named Wahei Takeda.

Before Takeda passed away in 2016, at 83, I had the honor of having him as a mentor for 15 years. A truly happy man, he taught me what it really means to live a successful and meaningful life.

“There is no end in the money game,” Takeda once told me, comparing it to baseball. Even if you are winning in the bottom of the ninth inning, that doesn’t guarantee a win.

The money game is the same, he explained. Even if you are wealthy in your 30s or 40s, that doesn’t mean something disastrous can’t happen and leave you destitute.

The ‘Warren Buffett of Japan’:—

Often called the “Warren Buffet of Japan,” Takeda was one of the country’s most successful and well-known investors.

In 2006, Takeda had top 10 stakes at more than 100 companies valued at 30 billion yen, making him Japan’s No. 1 individual investor, the Nikkei newspaper reported at the time. Takeda was also the founder of Takeda Confectionery, a company whose biggest seller was Tamago Boro, which sells bite-sized biscuits shaped like little eggs.

What’s especially interesting is that if you visit the factory, you’ll find workers listening to music of children singing “arigato,” which means thank you in Japanese.   Takeda believed that serenading the snacks with the expression of thanks served as a reminder that it is the staff’s hard work and continued customer loyalty that keeps the company going.

‘Maro’ is the key to a happy and abundant life:—

All of this reflects Takeda’s philosophy of “maro,” which is short for magokoro in Japanese and means a sincere heart. You could say that your maro is strong if you have pure intentions and lead an upright life.

Inner contentment and gratitude are the essence of maro. And I know for certain that my success today is a direct result of Takeda’s constant reminders telling me to “maro up” and say “arigato.”After Takeda’s success in the confectionery business, he decided to devote more time to fostering the growth of small businesses, and became known as a “community philanthropist.”

All throughout his phenomenal career, Takeda inspired thousands of people to become more giving and open to the flow of money both into and out of their lives.

He believed that kindness and generosity are the keys to happiness and prosperity.

Achieving a state of ‘maro’:—

Those who are in touch with their maro create win-win situations for themselves and for the people around them.

When your maro increases, according to Takeda, three things happen:

You become more magnetic, emitting and attracting positive energy. This surrounds you with good people and things you truly care about, which then creates a cycle of happiness and abundance.

You become more passionate and energized to accomplish things that are important to you. This makes you more intuitive and able to choose the best way to live your life. And since you’re doing what you love most, you constantly open doors to exciting new opportunities.
You express more gratitude for life and increasingly find yourself saying “thank you.” Since gratitude is contagious, others start to express gratitude and welcome more abundance into their lives as well.

In a money-obsessed society, the simplest way to reach a state of maro to express gratitude and give to others, instead of always wanting or asking for more.