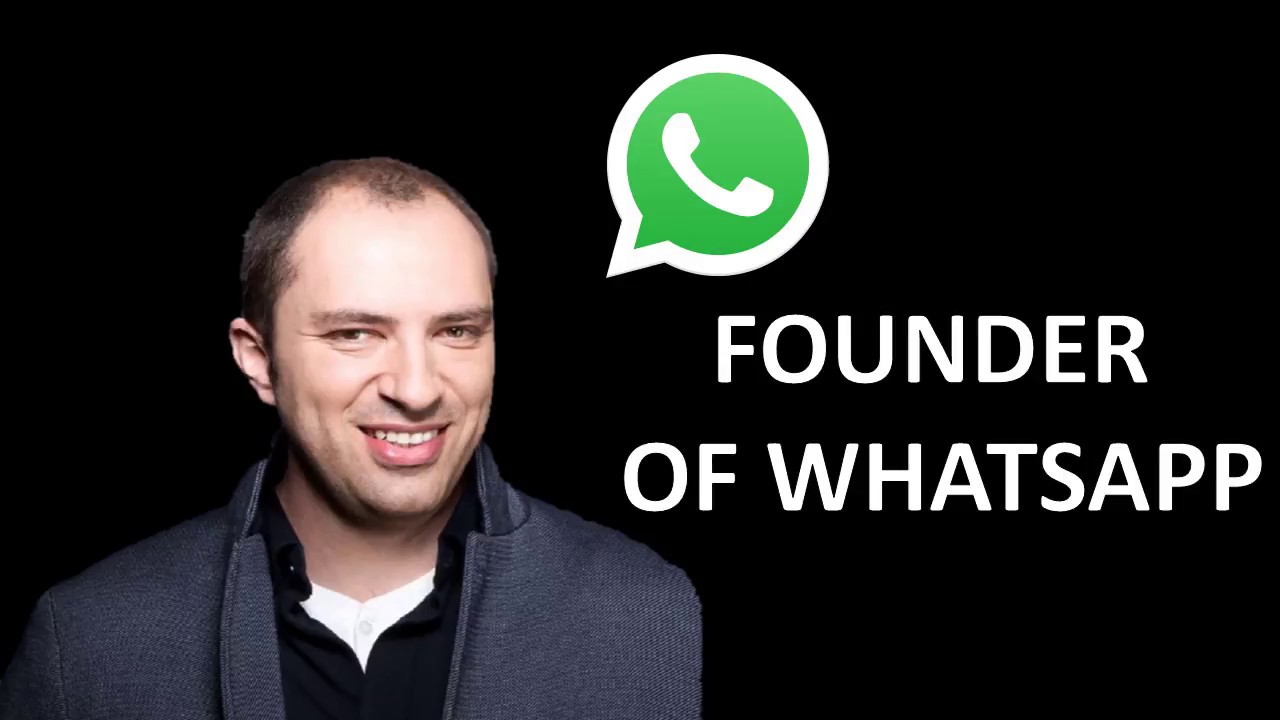 Jan Koum is a computer programmer from Ukraine who lives in the United States. Before WhatsApp was bought by Facebook, he was the owner of the company. He ranked 62 on Forbes’ list of the 400 wealthiest Americans in 2014, with a net worth of more than $7.5 billion.

Early Life:— Today social media platforms become an important part of our daily life, no one is unfamiliar with WhatsApp and Facebook. Jan Koum is the CEO and co-founder of WhatsApp. This tall man with a scrawny appearance has had a  difficult childhood. Koum was born in a tiny hamlet outside of Kyiv to Ukrainian parents. Growing up in a Communist environment had a detrimental impact on Koum as a kid, which affected his strong devotion to privacy protection.

When explaining why his organization takes this aspect of the business so seriously, he replies that I grew up in a society where everything you did was eavesdropped on, recorded, and snitched on. Nobody should have the right to eavesdrop, or you become a totalitarian state—the kind of state I escaped as a kid.”

His mother was a housewife, while his father worked as a construction manager, constructing hospitals and schools. There was no hot water in the house, and his parents avoided talking on the phone for fear of being tapped by the government. Jan emigrated to the United States from Europe at the age of 16 with his mother and grandmother. Jan’s mother worked as a babysitter in California while Jan attended school and cleaned floors at a grocery store.

His father intended to join Jan and his mother after they were settled, but he became ill and died five years later, never being able to see his family again. Jan’s mother was diagnosed with cancer, and she died of it only three years after Jan’s father died. He taught himself network engineering and went on to San Jose University to study computer science and mathematics while also participating in internet networking organizations and hacker communities named w00w00 (pronounced whoo-whoo).

Career:— In the next two years, he taught himself computer networking and was ready to begin his next assignment. This is when he discovered his passion for programming and enrolled at San Jose State University. In addition, he began working as a Security Tester for Ernst & Young. After working there for around six months, Jan was   offered the opportunity of a lifetime when he was hired as an Infrastructure Engineer at Yahoo. Jan Koum was still a student at San Jose State University at the time.

Yahoo! had become a source of boredom for Jan. He left Yahoo! at the age of 31 and took some time off to tour the world with a buddy who had also departed. Both of them sought jobs at Facebook, but they were both rejected. Jan purchased an iPhone two years later. He recognized the Software Store’s                    potential and began writing code for a new app that would ease communication and interaction. Jan Koum was frustrated by his failure to get it to function and was on the verge of giving up.

Jan Koum stayed with his innovation for a little longer, and in 2009, at the age of 33, he co-founded WhatsApp with his old Yahoo! colleague Brian Acton. It had 400 million members globally in 2014, and the owner decided to sell it to Facebook for $19 billion.

Jan’s family struggled financially when they first arrived in America, long before he created the WhatsApp server. As previously said, his mother used to babysit children for a living, while Jan was obliged to work as a cleaner. You’re mistaken if you think a Harvard education is necessary to build something revolutionary in technology. To have an impact on the world, you don’t need a higher education diploma. Jan Koum made master himself in coding.

Jan finally left Yahoo in 2007 and embarked on a year-long journey throughout the world. He most likely did this to find himself and establish a new path. He applied to the social media behemoths Facebook and Twitter, but he faced rejection. In 2005, Jan Koum became a billionaire. He made a whopping 22-billion-dollar profit when he sold his mobile app to Facebook. Although Jan founded WhatsApp, Mark Zuckerberg currently owns both WhatsApp and Facebook.

“I grew up in a country where advertising doesn’t exist.” —Jan Koum .“I only have one idea, that is WhatsApp, and I am going to continue to focus on that. I have no plans to build any other ideas.” —Jan Koum.

“Facebook, Google, Apple– there’s a common theme. None of these companies ever sold. By staying independent, they were able to build a great company.” Jan Koum