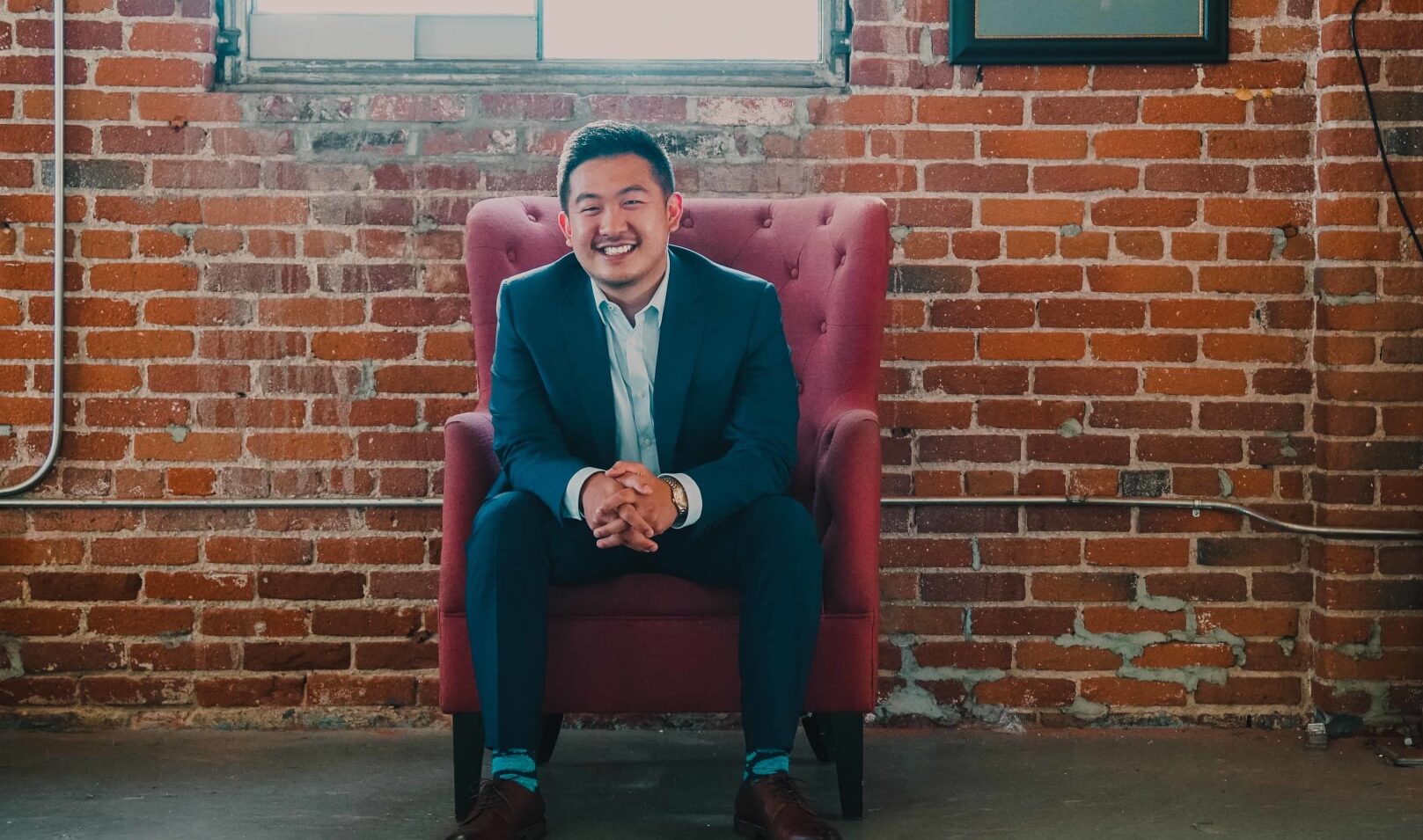 Wilbur You is the founder and CEO of Youtech. He is a Chinese-American immigrant who moved to the United States at the age of two when he and his widowed mother decided to leave Brazil to pursue a better life.

They settled in the Chicago suburb, Naperville, where his mother worked long hours to support their family while simultaneously attending college. From this, Wilbur witnessed first-hand the result of combining one’s current resources with determination to achieve goals at any age.

Wilbur found his knack for problem-solving at 10 years old when he developed an online game, attracting over 10,000 active and daily paying users. Though the game would eventually get shut down for copyright infringement, this ignited his entrepreneurial fire. Wilbur later attended Northern Illinois University where he studied computer science.

Usually one of the busiest times in one’s life, Wilbur was determined to start a successful business while still just a college student. He failed at this not once, but twice. While deciding to further his education through    DeVry University’s Business Management School and after working as a marketing coordinator for a short while, Wilbur tried for a final time (and with a little more knowledge and experience) to launch a company. This is when Youtech was born.

Wilbur started Youtech & Associates as a one-man operation at the age of 21. It was by no means an easy start. Wilbur’s primary goal was to build something from nothing to create a positive change in the world. While his mission was clear, reality quickly set in when he realized that Youtech was merely an idea and that there was a tremendous amount of work that still needed to be done.

The challenges of launching a business started early on as the company had no money, no connections, and most importantly, no customers. Wilbur began working out of the basement of his childhood home, making over     100 cold calls every day asking every business he could find to give him a chance at building their professional websites for a small fee. The company (Wilbur) knew that to be successful, he needed to take on anyone and any project, large or small, to build a significant client base.

As his small business grew, Wilbur recruited two of his best friends to help get the initial $600 investment off the ground. This grassroots effort required the team to work up to 80 hours a week but they pushed through each challenging day for months. Slowly but surely their hard work began to pay off.

They were now on the receiving end of those phone calls. At this point, Youtech was able to save enough from various projects to open a small office near Chicago and hire a few additional team members with experience in web design, marketing, client relations, and more. By expanding services, Youtech’s preliminary roster of clients grew faster than Wilbur could have imagined.

Fast forward eight years, the team now consists of over 60 employees throughout its offices in Chicago, Arizona and most recently, Texas. The company has been ranked in Inc.’s Fastest Growing Companies in the country for four years running.

Today, Wilbur reflects on his (and his team’s) setbacks, failures, and hardships, and is proud of this challenging journey. The idea of Youtech created a full-fledged integrated marketing agency that is   now the home of a hodgepodge of extremely creative individuals that have serviced over 1,000 clients in various industries including MillerCoors, Chick-fil-A, and 3M.

Wilbur and his team recognize that today’s marketing landscape is moving quickly. Platforms are always changing and algorithms are changing even faster. So, every day, the Youtech team makes it a priority to learn how to best optimize leads and conversions to enhance their resources for current and future clients.

As a result of his dedication and work ethic, Wilbur has been able to secure opportunities for awards, speaking engagements, and more. After only a decade in the marketing and advertising industry, Wilbur was selected by Forbes’ notable 30 Under 30 2021 Class for his achievements with Youtech. He has a unique ability to construct personalized marketing strategies for clients and  is able to effortlessly bridge the gap between traditional and digital marketing methods.

As the visionary architect behind Youtech’s ever-growing marketing empire, Wilbur knows how to bootstrap a business from the ground up and keep the arrow pointing in the right direction without outside funding.

In addition to this, Wilbur was selected to serve on the advisory board of The Alkaline Water Company (the #1 bulk water brand in North America), where he consults on e-commerce and marketing. Wilbur also volunteers annually to speak to Naperville Central High School students about entrepreneurship. Additionally, Wilbur is a published author with his first memoir, Happy, Humble, Motivated, released last year.

Wilbur and Youtech’s journey has not been easy but they have certainly come a long way from building $500 websites in a basement. Wilbur’s hard work opened various doors and he is now the mastermind behind million-dollar marketing, app development, and web design deals.

Wilbur always notes that education is something that nobody can ever take away from you. Expanding your knowledge and continuously learning can bring you a sense of satisfaction without settling for less than you deserve.

As Wilbur continually states, the most important thing for any business is the people with whom you surround yourself. He looks for candidates who don’t necessarily have the best resume and seeks out those who he can sense  are high achievers at the end of the day. His method is to find employees who are better than him in a particular area, like marketing or graphic design, and then welcomes them with open arms.

Wilbur said what he is most proud of, though, is that Youtech was built the right way and created an environment where each of his team members is significant and feels like a valuable asset to the company each and every day.