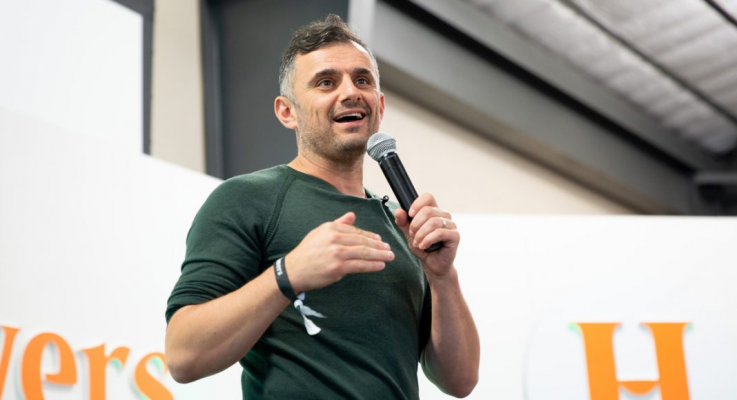 Gary Vaynerchuk is a forward-thinking entrepreneur who has mastered the art of commanding attention. He’s currently the CEO of Vayner Media, a full-service advertising agency that helps fortune 1000 companies leverage consumer attention.

On top of this, he’s also the Chairman of Vayner X, a modern-day communications holding company, a five-time New York Times best-selling author, a highly sought-after public speaker, and a prolific angel investor. Gary knows a thing or two about success; as such, we aim to unpack some of his success secrets in this Gary Vaynerchuk Success Story special.

“Work Hard. Work Smart. Be Patient.” – GARY VEE . As he’s come to be known, Gary Vee is a successful businessman, and his inspiring success story can teach and guide us in various ways.  So, with that being said, let’s dive into the makings of a successful entrepreneur.

In 1978, when Gary Vaynerchuk was just three years old, he and his family immigrated to the U.S. from Belarus, a country that was part of the former Soviet Union. His family first lived with relatives in     Queens, New York, but they would eventually move to Edison, New Jersey. His father initially worked as a stock boy in a liquor store. And as most immigrants do, he worked his tail off and was smart with every penny he earned for many years.

Eventually, this allowed Gary’s father to gain full ownership of his liquor store slowly but surely. Gary would learn much from his father about hard work and hustle and would get introduced to entrepreneurship at six. His first taste of entrepreneurship came from his experimenting with selling flowers.

Legend has it that Gary would take flowers from his neighbor’s yard and then ring the doorbell of that neighbor and, with charisma and wit, successfully sell the neighbors’ flowers back to them. Gary’s taste for entrepreneurship would grow. By age 7, he was already running a successful lemonade franchise throughout New Jersey, where he had set up eight different lemonade stands, using his friends to run each location.

However, at 13, Gary Vee would get his first taste of entrepreneurial success. His breakthrough would come from his ability to generate thousands of dollars every weekend by selling baseball cards. Gary learned much about supply and demand in these formative years.

How did he do it? Gary set his father’s business up on the internet and renamed the liquor store business Wine Library. Then, in 2006, he created an extremely entertaining and educational show (Wine Library TV) that showcased his analyses of various wines and liquors.

Gary leveraged his keen knowledge of wines, energetic personality, and consistent daily hustle to create over 1000 episodes to grow the show’s viewership over five years. On top of this, Gary paid particular attention to what his audience was interested in and wanted more of. He then effectively executed it by providing them with the engagement and answers they wanted to see.

The result? An explosion in revenue growth for his father’s liquor store! In his own words, this is what Gary has had to say about his initial success with Wine Library:

“I’ve always credited the success of that venture to my hustle and single-minded dedication to engaging with my fans and customers by answering every email or blog comment I received and going overboard to show my appreciation for their business.” – Gary Vaynerchuk

After dramatically growing his father’s business, Gary would start the next chapter of his entrepreneurial career. Using what he learned from his success with Wine Libary TV, Gary would leverage his seasoned social media expertise to create his full-service advertising agency. He would name this new endeavor Vayner Media.

Gary started small with Vayner Media. In his early days, he had to use another company’s conference room because he didn’t have the capital to rent the office space that would allow him to have his own. But, he persisted and did what he did best. He hustled to get attention, and that attention translated into business. And after giving a successful public speech in New York, Gary’s media agency would take off.

Shortly afterward, Gary would ink his first million-dollar 10-book deal with HarperCollins. Since then, he’s published multiple books, five of them landing on the New York Times’s Best Seller list. Now, Gary runs Vayner Media as the CEO, is the chairman of Vayner X, and has since become synonymous with hustle, execution, and digital advertising. And when he’s not helping his clients build their businesses, he is jet-setting across the globe, inspiring the next generation of entrepreneurs with his charismatic and thought-provoking public speeches.

Gary Vee’s success continues to grow as he currently employs over 800 people at his media companies. He currently has over 12 million social media followers. He is continually increasing his influence and fortifying his brand with his popular YouTube Show, The Gary Vee Video Experience, and his hit podcast, The Gary Vee Audio Experience.

So, what’s the success secret to Gary Vee’s enduring success? It must be said that Gary Vaynerchuk has a magical charisma about him, which has undoubtedly played a significant role in his ability to captivate his audience. However, what has led to much of Gary’s success, and will continue to help him continually be successful, is his uncanny ability to spot trends and zero in on what people are interested in. He says it best with this quote:

“Pay attention to what people care about, and reverse engineer it.” – Gary Vaynerchuk

Equally impnecessarynd, what likely helps him be so effective d observing what works or doesn’t work in terms of building businesses and spotting trends, is his penchant for relentless effort. Again, he has in the past summed it up for us well in his own words….

“While everybody is hoping and dreaming, I am going to be executing.” – Gary Vaynerchuk.

Gary has also demonstrated a knack for effectively leveraging technology, the people around him, and the media to scale his reach. This knack has given him the ability to grab more and more attention for himself and his clients. In short, he is excellent at getting the most out of his resources, be they his team, his technology, or his media channels. In his own words…

“You always squeeze the f*ck out of a full orange. And when it’s empty, you find a pear, which is harder to squeeze, but you hope a grapefruit comes along. Email used to be 90% opening rates for me. It’s not anymore. Google AdWords used to be 5 cents a click. It’s not anymore” – Gary Vaynerchuk.

Peer Into The Mind of a Master:—

He’s not P.T. Barnum, but Gary has mastered leveraging attention to get results. So, to give you a better look into the mind of this master and a bit more insight into how Gary Vaynerchuk got to where he is today.

Gary Vaynerchuk’s success story has a lot to teach us. It shows us how an immigrant from Belarus worked his a** off, made the most of his situation, and leveraged the day’s technology to scale his brand and businesses to staggering heights.His story also shows us that the American Dream is alive and well for those who choose execution over excuses.

We hope his story also helps you realize that anything is possible with massive hustle, a healthy dose of obsession with your customer’s wants and needs, and a little leverage. So, put these takeaways to work for you, and start creating your own inspiring story of success.