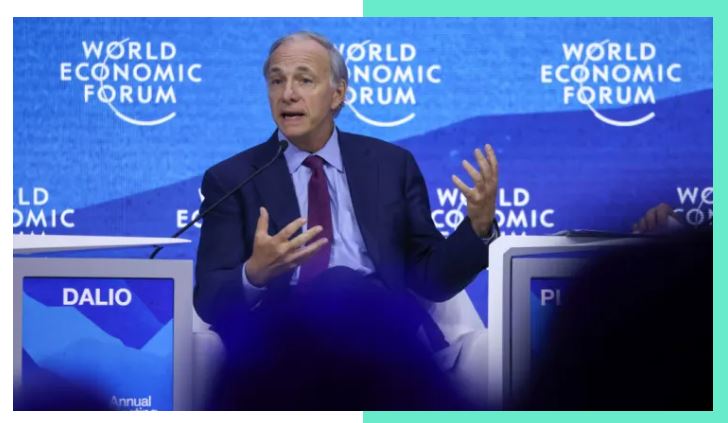 On Tuesday, billionaire Ray Dalio, 73, stepped down from his role as one of three co-chief investment officers at Bridgewater Associates, one of the world’s largest and most successful hedge funds.

He will remain with the company in a mentorship capacity, a role he’s cultivated publicly over the years as the author of several educational books on career and investing advice, including 2017′s bestseller “Principles: Life & Work.”

In light of his long tenure at the company he founded, here’s a look back at four pieces of advice Dalio has adopted over the course of his five-decade career, as shared in “Principles.”

Before making a decision, you should always allow for the possibility that you might be wrong, he writes. In fact, Dalio seeks out people who might disagree with him so that he can understand their reasoning. It’s only after he’s looked at all viewpoints and relevant information that he makes a decision.

“The more open-minded you are, the less likely you are to deceive yourself — and the more likely it is that others will give you honest feedback,” he writes.

2. Work in an ‘idea meritocracy’
The most fulfilling workplaces are “idea meritocracies,” writes Dalio. They are environments where the best ideas win, no matter who they come from. “The most meaningful relationships are achieved when you and others can speak openly to each other about everything that’s important, learn together, and understand the need to hold each other accountable to be as excellent as you can be,” he writes.

3. Watch out for ‘fast talkers’
“Fast talkers are people who articulately and assertively say things faster than they can be assessed as a way of pushing their agenda past other people’s examination or objections,” writes Dalio.

Don’t allow yourself to be intimidated by these people, Dalio says. You have a “responsibility to make sense of things” for yourself, rather than pretending that you understand what a fast talker might be saying.

“If you’re feeling pressured, say something like, ‘Sorry for being stupid, but I’m going to need to slow you down so I can make sense of what you’re saying,’” Dalio writes. “Then ask your questions. All of them.”

“My painful mistakes shifted me from having a perspective of ‘I know I’m right’ to having one of ‘How do I know I’m right?’ They gave me the humility I needed to balance my audacity.”

Even when it’s difficult, it’s important to push yourself to learn. “If you can’t tolerate being wrong, you won’t grow, you’ll make yourself and everyone around you miserable.”