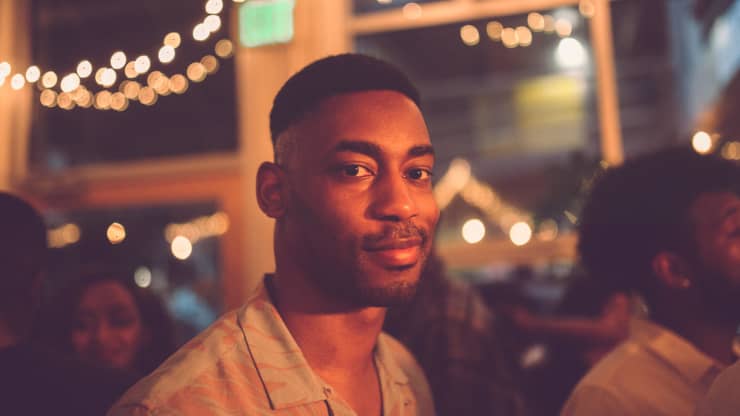 Obioha Okereke invested his first $150 when he was 18. He was already interested in pursuing a career in finance, and the knowledge that he wouldn’t be inheriting a whole lot motivated him  , even more, to start growing his wealth.

Now age 24 and a consultant in Seattle, he has a net worth of more than $150,000 and an investment portfolio worth more than $120,000. “Growing up, my dad talked a lot about generational wealth,” says Okereke. “He was always emphasizing that because we are African American and there was no wealth within the family, that it was something we would have to acquire on our own.”

Okereke decided his path to wealth would include contributing to multiple investment accounts and curbing his spending. Still, his journey has not been without mistakes. Over the last six years, he made some regrettable investments and purchases, he says. Now, he helps others avoid the mistakes he made and gain financial freedom with his company College Money Habits. Here are his top tips for saving, investing, and spending:—

###Saving: Automate your contributions: On the first day of every month, Okereke automatically transfers $1,250 to a savings account. This, he says, should take priority before investing. “Make sure you have savings, specifically emergency savings, because when you invest, you are putting money at risk,” he says. “Make sure that if you were to lose money in the market, it’s not going to change the way you live or compromise your lifestyle.” Automating savings contributions can reduce the temptation to spend that money as soon as it shows up in your bank account.

###Investing: Start now and stay consistent: “To truly take advantage of compounding and to avoid losing money to common mistakes, start out small, do your own research, and always think long term when investing,” he says. “Some people think, ‘I don’t have enough money to start investing.’ But for myself I started with $150.” Once you make a plan, stick to it and contribute consistently. That’s why it’s important to “block out a lot of the noise,” he says. “A lot of what you hear in the media and on Twitter is more or less hysteria.”

When he first started investing, he lost money on “hype stocks” or stocks that were widely covered  by the media and have a lot of buzz. “I didn’t know what I was doing,” Okereke says. “It wasn’t until I got an internship at Merrill Lynch that I saw the importance of investing in the long term.”

###Spending: Learn delayed gratification: Before spending money there are a couple of questions you should ask yourself, Okereke says: “Is this something I need, or is this something I want?” and “Is this something I could put off buying?”    Asking these questions might help you learn how to delay gratification and stick to your spending goals. “With social media, I feel there is this constant pressure to portray a certain lifestyle. But it is important to live within your means,” he says. “By delaying gratification, you put yourself in a position where in the future, your money will be able to do more.”

Okereke admits he has not always been the best at doing this. When he was 21, he had $22,000 saved. To reward himself, he bought a used car — a 2009 Mercedes c300 for $11,300. “I always tell people it was the   worst financial decision I ever made,” he says. “It wasn’t one I did a lot of research on. It was something that was nice and something that I thought would impress other people.”

That limited his ability to save while he made car payments and repairs. “Yes, it is important to enjoy life now and have fun, but it is equally important to be financially secure in the future,” he says.