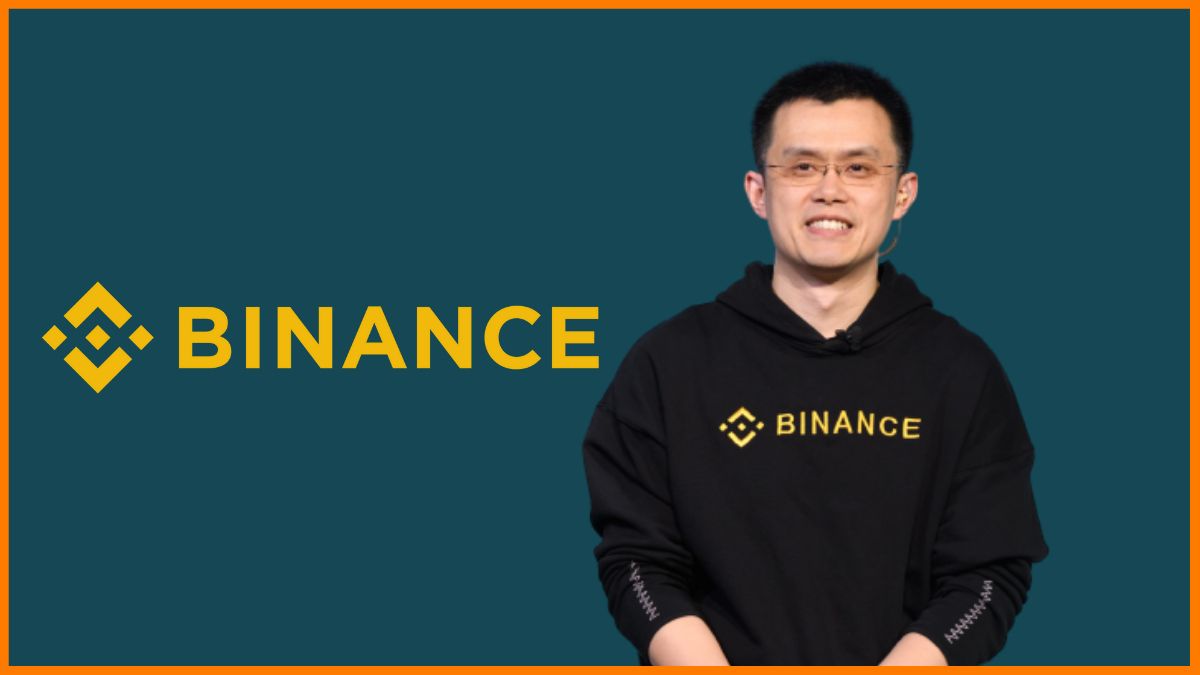 Changpeng Zhao is the founder of the world’s largest crypto exchange Binance. He has been a true inspiration to many since the company’s inception in 2017. In a span of a few months, Zhao turned the company into the most significant exchange platform for the crypto trade.

Changpeng Zhao, popularly known as CZ, was the 11th richest person in the world. Recent estimates revealed that his net worth is around $96 billion.

From selling his apartment to buying cryptocurrencies to becoming one of the wealthiest people in the world, the life of CZ is something inspiring and exciting to learn about. Let us see where and how Changpeng Zhao’s journey started, his early living, and his life as the CEO of Binance.

Changpeng Zhao is a Chinese-Canadian business person born in Jiangsu province of China on 10th September 1977. Both of his parents were teachers. Zhao’s father was working as a university professor and was exiled after getting labeled as a “pro-bourgeois intellect.”

As a result, the family moved to Vancouver, Canada, by the late 1980s. During his teenage years in Canada, Zaho worked part-time to support his family’s expenses. He used to work at McDonald’s and a few gas stations after his school.

Changpeng Zhao was a computer science graduate from McGill University, Montreal. After graduation, he started his career as an intern in Tokyo. He worked for a trader on Tokyo Stock Exchange, who asked Zhao to develop software for matching orders in the stock trade. After the initial experience, he joined Bloomberg Tradebook LLC in 2001 and worked as the head of the Futures Development sector for the next 4 years.

Later in 2005, Zhao co-founded a company called Fusion Systems. The company was involved in providing IT solutions and other business consultancy services. Changpeng Zhao remained as a partner in Fusion Systems until the end of 2013 and then entered the world of Crypto.

By 2013, Changpeng Zhao joined as the head of the development team in Blockchain. Blockchain.com is a company that provides various cryptocurrency-related services. It created a cryptocurrency wallet that has dealt with almost 28% of the bitcoin transactions between 2011 and 2020. Zhao worked in this company for developing software related to crypto wallets.

After working in Blockchain for about a year, Zhao resigned from the company and joined as the Chief Technical Officer in a company named OKCoin. OKCoin, like Binance, was a Crypto Exchange company and is considered to be one of the largest in the world. But Zhao felt that the company doesn’t suit his vision on crypto exchange and he decided to quit his position.

Coming out of OKCoin, CZ founded a company named Bijie Tech. This company provided crypto exchange services to people in Shanghai. It kept serving people for two years from 2015 to 2017, until one day, all the platforms and  websites of Bijie tech went dead. There was no information given or clarified from the management regarding the disappearance of the company. But with the death of Bijie Tech emerged a mighty company named Binance.

Changpeng Zhao’s interest in cryptocurrencies started as early as 2014 while he was playing a poker game with his friend. During that time he got to know about Bitcoin and started investing in it. He even sold his house to buy Bitcoins. Such was his interest in the crypto market. Zhao added experience to his interest by working in various companies.

Bijie Tech slowly disappeared only to bloom as Binance. All the top management and resources   of the former company structured Binance. Changpeng Zhao has remained the CEO of the company since its formation in 2017. This cryptocurrency exchange platform is the largest exchange in terms of trading. Binance made Zhao a billionaire within just 180 days of its operation. He has grown to be the 11th richest person in the world with his net worth estimated at $96 billion.

Zhao faced myriad challenges during these 5 years in Binance. China’s stringent policies on crypto forced him to shift the headquarters from the Chinese land to Caymen Islands. The United States Department of Justice has put Binance under investigation for money laundering offenses.

Similarly, many other countries like Germany and UK have also raised legal actions or warnings against the company. In fact, in 2019, there was a huge theft of bitcoins from Binance whose value stood around $40 million. Zhao faced all these challenges explicitly  including the bitcoin theft. He made sure that the company makes up for all the losses and never let his customers down.

The story of Changpeng Zhao is truly inspiring. Everything we think as impossible was made possible by him. Cryptocurrencies and their market are just getting popular and most people are less knowledgeable or still unaware about it. In such a situation CZ created his own pathway and set a benchmark for aspiring leaders.

Zhao created a belief that it is possible to start a business and make it the world’s largest in 5 years. He showed that becoming one of the richest in the world would take just a couple of years. He also proved that despite any  hardships from the superpower countries, it is possible to flourish a business in every part of the world. A lot to grasp from such a stimulating personality.