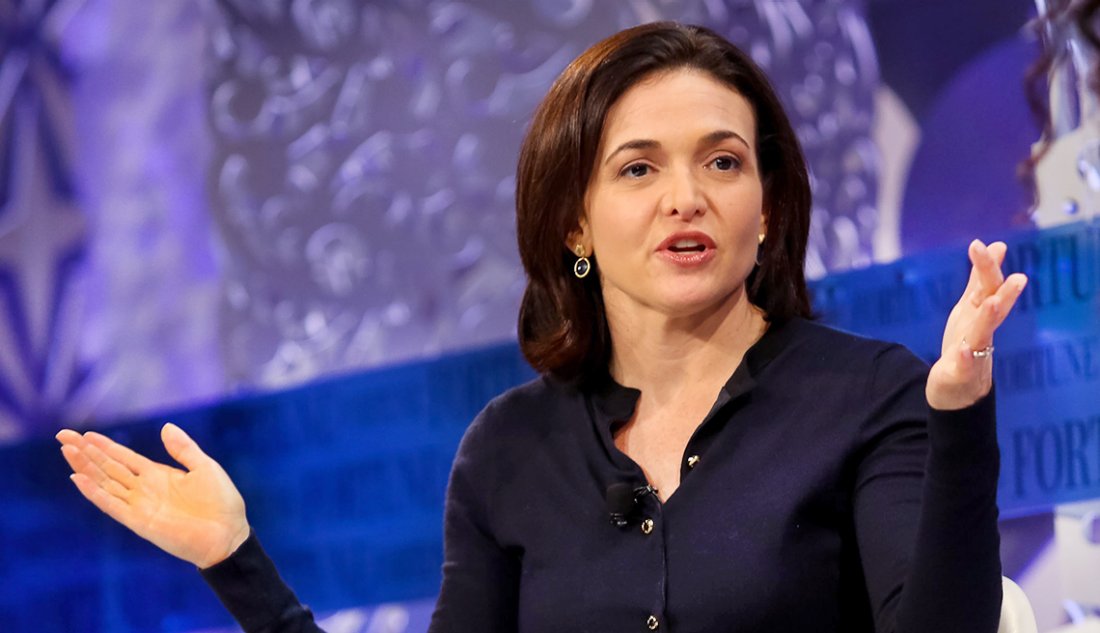 The startup circuit has witnessed plenty of women rising through the ranks and becoming one of the most influential people globally. Now, as we consider one of the biggest names in the startup circuit, we come across Sheryl Sandberg. Well, as per Fortune, she is one of the Most Powerful Women and is an inspiration for everyone!

#Sheryl Sandberg – Life Story:— Some people like Sheryl have successfully transitioned from Washington to Wall Street or Silicon Valley. Well, others have achieved fame beyond their professional roles as executives. Sandberg, a senior at the Treasury Department, has done both. Therefore, she is more like a combined package of hard work and fame.

Sheryl Sandberg has been the Chief Operating Officer of Facebook since 2008 and was elected to the company’s Board of Directors in 2012. Before that, she was Google’s Vice President of Global Online Sales and Operations. And has also served as the Chief of staff for the US Secretary of the Treasury.

#Sheryl Sandberg- Success Story:—The first Sheryl Sandberg book Lean In has been widely successful. It is a member of the bestsellers list and has been sold over a million times since its launch. The publication of Sheryl Sandberg’s Lean In ignited an international movement that made feminism mainstream again. She is on a first-name basis with the CEOs and celebrities like Oprah, Bono, and Michel Bloomberg.

Senators, senior White House officials, and prime ministers often report to her. While she is a personality that anyone could wish to have in their team, she chose to be number 2 at a company where the chances of becoming the boss are nearly zero. She wrote another book, Option B, which dealt with,h how to handle loss after she unexpectedly lost her husband.

#Education:—Sheryl Sandberg’s Education resume is nothing short of brilliant. Raised in North Miami Beach, she was excellent in academics. She went to Harvard College and had an AB in economics. She is also the recipient of the John H. Williams Prize for being a top graduating student in economics. Later, she pursued her MBA at Harvard Business School in 1995 with the highest distinction.

#Sheryl Sandberg – Role at Facebook:—Sandberg has a hefty portfolio. Apart from that, she has a fluid and trusting relationship with Mark Zuckerberg. Sandberg does all the things Mark hates to do, and hence, Mark can focus on what he likes: engineering. Due to her effort, he has given her space to be the company’s public face in many areas.

According to Mark, Lean In has done more for Facebook’s advancement than for Lean In. As a result, Mark is a celebrity in his own right and the anti-hero of an Oscar-winning Hollywood movie. Sandberg is not only the world’s most popular COO; she is also a rockstar in business, politics, and popular culture!

Sandberg’s image is so mesmerizing; some find her so compelling that they consider her a model. It is not just about outsiders who wish they could replicate her success; inside Facebook, people can’t get enough of her. She manages to do every sort of work very efficiently and with grace. Her days comprise a flurry of meetings that she runs with the help of a notebook. She keeps a list of discussion points and action items in the notebook. Sheryl Sandberg’s office is located in Menlo Park.

#Sheryl Sandberg – As a Leader:—Presently, Sandberg has set her sights on the problem of mobile advertising. As Mark had reassigned his engineers to prioritize the mobile applications over the website, Sandberg has controlled the business side of Facebook. She has been pushing to simplify the advert formats and has convened biweekly conferences with ad and product executives to balance the consumer experience with the marketers’ desires.

She gives away the stories of conversations she had with the top executives of numerous agencies to provide an insight into what the scenario demands. The result of Sandberg’s efforts speaks for itself. The shares, which tanked after Facebook’s botched IPO in May 2012, are scaling up 140% to around $50 in recent years. Mobile advertisements accounted for 41% of Facebook’s $1.6 billion ad revenue in the latest quarter.

The CEO of the business enterprise, Mark, had anticipated that the mobile revenue would comprise most of Facebook’s business. Therefore, Sandberg has been nicely rewarded for her contributions. She earned around $26 million in cash and stock in 2012. Sandberg’s Facebook shares and alternatives are about $704 million! She also has an additional $277 million as unvested stocks and options.

Sheryl Sandberg’s leadership style is transformational, as she celebrates her employees’ successes and encourages human beings to do higher work.

#Sheryl Sandberg – Entrepreneur:— A few years ago, Facebook had landed itself with a tricky business partnership with PayPal. Therefore, whenever the teams were in a brawl, Sandberg would personally reach out to John Donahoe, the CEO of eBay, which owns PayPal. The high-level involvement had removed the differences over time. This resulted in eBay spending far more on Facebook ads.

While some Facebook executives say Sandberg has taken advantage of every opportunity to contribute, others say that Lean In was distracting and took much of her time. But, according to them, it was only for a brief period. The book has turned Sandberg into an international sensation. It has helped with recruiting and retention of women engineers and executives.

Women executives also lead global sales, public policy, mobile engineering, European operations, and many important groups. However, only one of Sandberg’s five direct reports is female; except for Sandberg, all of Mark’s six direct reports are male. It seems that women still need to draw inspiration from Sandberg!

According to some Facebook executives, even though Sandberg can’t be cloned, she can be emulated. Presently, Facebook is a young and growing company, and she has vowed to stay with the team until the company’s next phase. The book, Lean In, has heightened expectations about Sandberg’s post-Facebook life.

#Sheryl Sandberg – As an Inspiration:—- It is no brainer that Sandberg is an inspiration for everyone. Her entrepreneurial work has fueled the company’s growth; hence. As a result, Facebook is the largest social media platform in the world. She has risen through the ranks and is one of the reasons why Facebook is still a big name in the startup circuit. Under Sandberg, the team has worked efficiently and continues to do so!