Meet the 31-year-old living in a building of retirees in Naples, Florida: ‘I love the sense of community’ 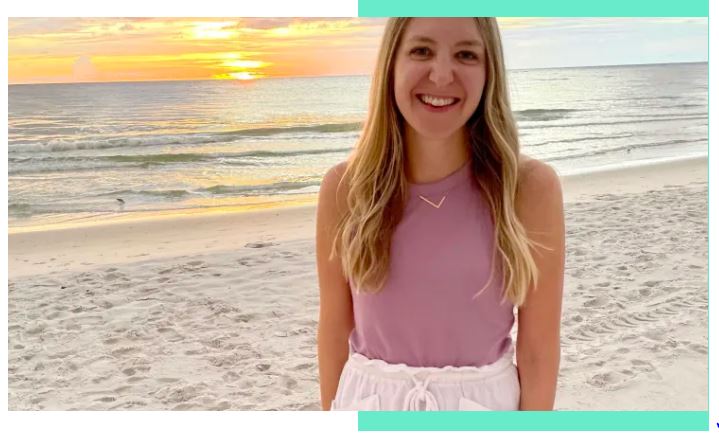 When Liz White visited her parents in Naples, Florida, last year, she had no idea she would end up with an apartment of her own in the same building full of retirees.

In 2021, White lived in downtown Philadelphia when her job as a marketing account director became fully remote due to the COVID-19 pandemic. The 31-year-old found herself at a crossroads — her apartment’s lease was coming to an end, and she was going through a breakup.

While taking time to figure out what came next, White moved in with her retired parents and lived in a building of fellow retired folks. “I love the sense of community. Everyone is so nice to each other and always helping each other out,” White told CNBC Make it.

When an apartment in the building became available, White asked if she could rent it, and the owner said yes. Each individual senior living arrangement has its own eligibility requirements, but residents typically have to be at least 55 years old. All the residents in White’s parents’ building meet the age requirement except for White.

She says a couple of other residents still work, but the major is retired. “I think it helped that I knew the owners, and they knew me. They knew what they were getting when I asked to rent their apartment,” White said.

‘It’s just a sweet, giving community.’
For rent on her two-bedroom, two-bathroom apartment, White pays around $2000 a month, which is “pretty much equivalent” to what she was paying in Philadelphia for a smaller apartment.

White’s daily routine differs from that of the retirees because she works a traditional 9-to-5 job. But when getting dinner at 3:30 with her neighbors or her parents doesn’t always work out, she makes sure to watch the sunset every night with a big group of her neighbors.

And of the camaraderie she feels with her neighbors, who are over the age of 65, White said, “If someone’s going through something medically, others are always willing to get you groceries or take you to a doctor’s appointment. People always knock on the door with leftovers, so it’s just a sweet, giving community.”

For White, living in a retirement community means she has to follow the rules, just like every other tenant in the building. Some include reporting overnight guests, no glass in the pool area, and specific hours to use the laundry room.

Despite the rules, White says the perks are worth it.

“I know the rules can be a lot, but I just love the slower pace of life here,” she said. “Being able to park and not fight for street parking is awesome.” And some of the perks include easy access to a pool, the beach across the street, and a handy tool closet with everything you’d need to fix something around your apartment.

White’s rent includes access to a storage room she uses for beach equipment and whatever else she doesn’t have space for in her apartment. “I lucked out and am planning on staying here for as long as possible. Who knows what life will bring, but I’m living the dream right now,” she says.

“I feel like everyone waits to get to a point where they retire by the beach, and I’m doing that while still working a full-time job, so it’s like I have the best of both worlds.”