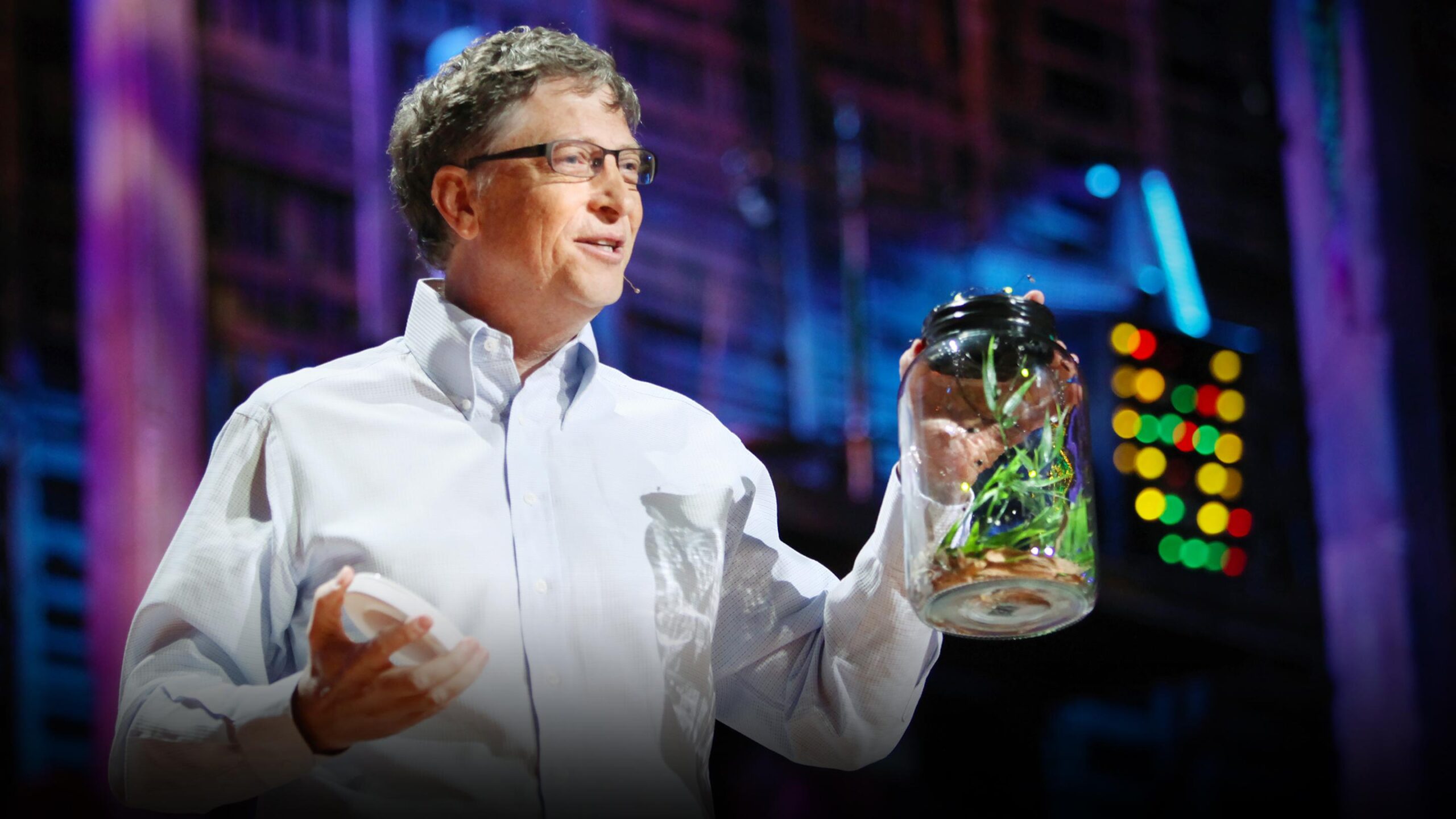 1. Start as Early as Possible
The first of Bill Gates’ success lessons is to start as early as possible. Bill Gates was only 13 years old when he started working with computers. When you start something early in your life, you become moulded around it.

Not only will you have a chance of becoming successful sooner than most people, but you will also be less likely to want to give up. If you’ve had a dream that you started working towards when you were young, you will be more immune to people telling you what you can or can’t do. By the time you’re an adult, and people start to take more notice of what you’re working towards, you will be stubborn enough to ignore them.

The time that you’re most influenced by others is when you’re younger, so if you’ve seen things on T.V or on the internet where others have become successful, this will be imprinted in your mind and you won’t have doubt about what you can or can’t do.

2. Enter into Partnerships
Bill Gates was very fond of forming partnerships with people, people who were the top dog, and that made Gates become the ‘Sidekick’. He was happy with this because it unlocked new opportunities for him and the potential to learn from other successful entrepreneurs who could teach him a thing or two. Not only that, but it meant that he built relationships with people that would be able to help him out with his future endeavors.

3. You Will Not Make $60,000 a Year Right out of High School
Let’s be honest, you’re not going to make $60,000 a year straight out of high school, so if for some reason you think you will stop kidding yourself. No matter how much education you have, you still need the experience to work your way to the top. You won’t get appointed CEO of a multi-national company just because you have a degree in business management.

That’s a position that you need to earn, by either starting your own company and working hard to take it to the top or working your way up within a company and proving yourself to people.

4. Be Your Boss as Soon as Possible
Bill Gates became a boss at a fairly early age. He deserved it, and it put him in an excellent position with pure control over his success. “If you don’t build your dream, someone else will hire you to build theirs.” – Bill Gates

Mistakes are made to be learned from. You now know what or what not to do in the same situation when it rolls around for a second time and believe me, in most cases it will roll around again. “If you mess up, it’s not your parents’ fault, so don’t whine about your mistakes, learn from them.” – Bill Gates

6. Be Committed and Passionate
I think this is always included by every entrepreneur as a good bit of advice. You need to be committed to what you love and have a great passion for what you do. The successful people in this world make it look so easy because they love what they are doing. If you’re finding things too stressful and too hard, then I’m not sure you’re working on the right thing.

7. Life is the Best School, Not University or College
No matter how many books you read, no matter how many tests you take, nothing from university or college can properly prepare you for life in the real world. Real-life jobs and bosses do not just involve you studying and them teaching you. It’s real-life work that you need to be able to carry out, otherwise, you will be fired. End of. “If you think your teacher is tough, wait until you get a boss. He doesn’t have tenure.” – Bill Gates

8. Be Nice to Nerds
It’s true, people who you’d probably class as ‘nerds’ are the ones who will work the hardest, be the smartest, and be determined to succeed. If you’re horrible to nerds then you’re taking your chances with fate, because you could easily end up working for one or even apply for a position at a company that is run by someone you know and have been horrible to in the past. Still, think you have a chance of getting the job? “Be nice to nerds. Chances are you’ll end up working for one.” – Bill Gates

9. TV is Not Real Life
You need to stop getting sucked into Television and believing that what you’re seeing in some cases may be what people do in real life. Real life is tough and anybody who’s anywhere near successful will not be sitting around in coffee shops all day talking to their friends. They will be out working the grind to pay their bills and improve their financial situation. “Television is NOT real life. In real life people have to leave the coffee shop and go to jobs.” – Bill Gates

10. Life is Not Fair
Another of Bill Gates’ success lessons is to learn that life is not fair. No matter how hard you work in life, there will always be times when things don’t go your way, perhaps through no fault of your own. Things that you cannot control. You will get knocked down, but you need to be able to stand up.

Life isn’t fair. It’s a test, a game, a risk. If you fall and don’t bother getting back up, you don’t deserve to be successful. Winners know that life isn’t fair and they will keep getting back up until they’ve made it. “Life is not fair. Get used to it.” – Bill Gates

11. Be Ready to Take Risks
Starting a business is a little bit like gambling, you’re not always sure if you’ll win or not. However, the only difference is that you can strategize and plan well enough to ensure the success of your business. This quote from Bill Gates is not only applicable to entrepreneurs, it can also apply to life as a whole. The world is full of uncertainties. Life has no rules and you have to sacrifice certain things to get to your destination.

People will step on and reject you but at the end of the day, if you can muster the courage to keep on going, nothing will stand in your way. “Business is a money game with few rules and a lot of risks.” – Bill Gates

12. Never Fast Forward Your Way to Success
NOTHING comes easy and that includes being successful. Bill Gates and Paul Allen started Microsoft on a shaky foundation, but through patience and hard work, they were able to surpass the struggles they encountered. This just goes to show that there are no shortcuts to success, my friend. It takes time to build an empire and a lifetime of sacrifice to keep the consistency going. “Patience is a key element of success.” – Bill Gates

Each person has their unique abilities and you have to accept that to become successful. If you start to appreciate yourself and what you can offer, you will be more confident to do things your way. “Don’t compare yourself with anyone in this world… if you do so, you are insulting yourself.” – Bill Gates

14. B Humble at All Times
It’s great to dream of success and all that comes with it. However, if you let it get into your head and start to think that you’re untouchable, that is not what you call success. Life is a wheel, it’s unpredictable. You can be on top today but at the bottom the next. (Trust me!) It’s best to stay humble at all times and never forget what got you there in the first place. “Success is a lousy teacher. It seduces smart people into thinking they can’t lose.” – Bill Gates

15. Take Things Positively & Love Learning
Bill Gates also had his fair share of unsatisfied customers, but you know what? He never considered this as something negative. Instead, he took their insights by heart and used them to improve his work. When people hear criticism and bad feedback, they are easily discouraged and their drive to succeed goes downhill. But if you think about it, this negativity will help you more than you realize, if you look closely. Learn from your mistakes and shortcomings and use that as a catalyst to be the best in what you do. “Your most unhappy customers are your greatest source of learning.” – Bill Gates

16. Accept Failures & Move On
Failures are more important than success, because by failing you become successful. The greatest life lessons and the knowledge that changes everything – are found when you fail. When you succeed, you can learn lessons, you are happy, people will praise you and everyone is willing to help you. But when you fail, everything is dark and you’ll know how it is to suffer. You will see the real ones from the fake ones.

More than the joy that success brings you, always place greater importance on the lessons you learned when you failed. Use that as your weapon as you go through life’s journey. “It’s fine to celebrate success but it is more important to heed the lessons of failure.” – Bill Gates

17. Share Your Success With Others
The last of Bill Gates’ success lessons is to share your success with others. You know the feeling of being an owner of a small startup. It’s difficult and you have probably experienced many struggles. A truly successful entrepreneur will support and share his or her knowledge with other aspiring entrepreneurs, giving them the encouragement and inspiration they need.“As we look ahead into the next century, leaders will be those who empower others.” – Bill Gates