7 Harsh Reality of Being a Millionaire 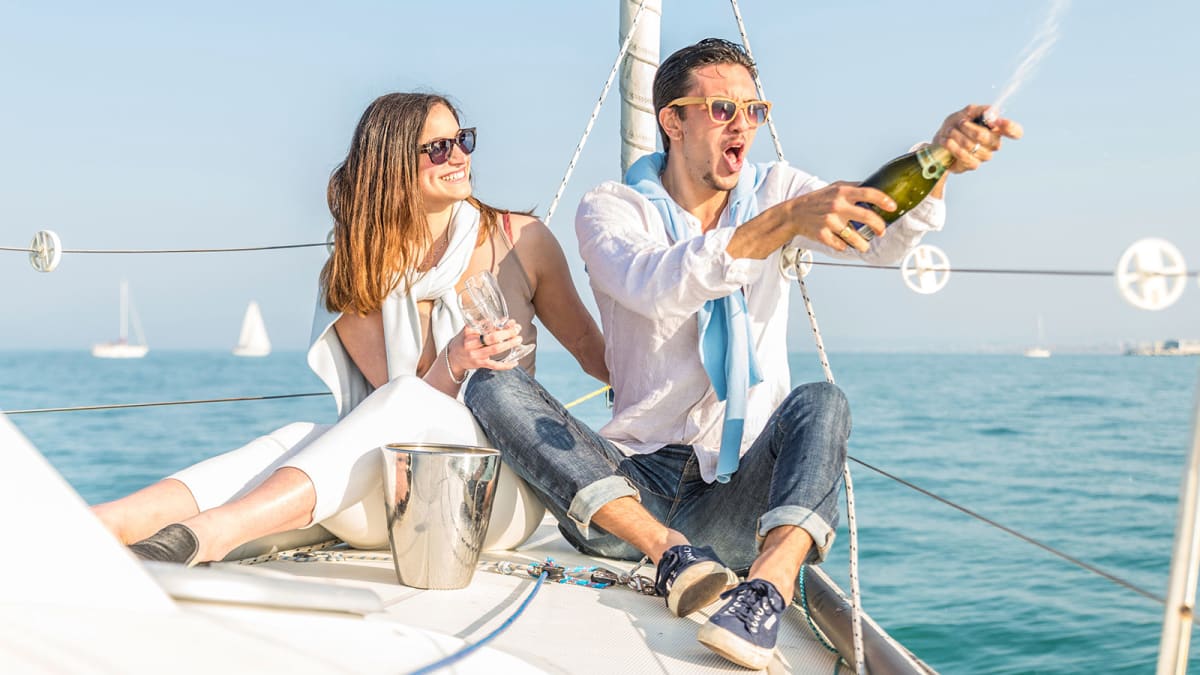 You can probably think of a million things to do with $1 million — buy your dream home, take a trip around the world, or shop till you drop. But while riches can eliminate some of your day-to-day financial worries, there’s a downside to wealth as well.

Whether it’s money, career, or family, the super-rich has their problems. And as Bryan Clayton, millionaire, and CEO of Uber-for-lawncare company GreenPal, says, anyone who wants riches should be careful what they wish for. Sometimes, you’ll deal with entirely new issues through no fault of your own.

Being a millionaire isn’t all it’s cracked up to be. While money might improve the quality of life, it doesn’t bring happiness or erase people’s problems. Whether you think you might become a millionaire or want to know how the 1 percent lives, check out the harsh realities of the luxury lifestyle.

You Might Be at a Greater Risk for Lawsuits

You don’t need to be rich to be sued by someone, but your odds of getting hit with lawsuits can increase once you become a millionaire. If it’s known that you’re wealthy, some vindictive people might use any opportunity to get a piece of the pie — even if it means filing baseless, frivolous lawsuits against you.

Clayton understands this reality firsthand. He came from a blue-collar, working-class background and started his first company at 18. “The one thing that surprised me was with wealth comes lawsuits,” he said. “It was just amazing to me that because I had wealth and a prominent business, I was a magnet for lawsuits of all kinds. It’s [not fun] for a stranger to pop out of the bushes and say you have been served.”

One of the perks of being a millionaire is that you can afford an attorney to fight frivolous and legitimate lawsuits against you. Wealth makes you an easy target, even if you’re honest. Therefore, you should establish a relationship with an attorney to protect your assets.

You Can’t Always Trust the People You Hire.

Whether you’re a hard worker running an empire or came into wealth through an inheritance or other windfall, you might hire a team to help manage your money.

Having a financial advisor, accountant, or money manager makes sense. But sometimes, the people you trust can be anything but trustworthy. Chantay Bridges, a speaker, writer, and realtor in Los Angeles, warns that if you hire a crook, you can be held responsible for his actions.

“You bring on teams of people from all walks of life, yet sometimes a bad apple slips through the cracks,” she said. “They are up to no good, [and] depending on their role in your organization, it can make it look like you were an accomplice to their evil deeds.”

When adding to your team, you should seek the most qualified candidates and those with a reputation for being trustworthy. Don’t rush the process. Do your research, which includes a background and criminal history check. You can also request references and speak to their past employers or clients. Most importantly, follow your instinct. If you have a bad feeling about someone, don’t hire her.

You might be the type of person who looks for the good in everyone, and you want to believe everyone in your circle is a loyal friend. Some are, but once you become a millionaire, you can’t afford to walk around with blinders. Being a millionaire doesn’t mean distrusting everyone who offers a smile, but you have to look for fake friends who only come around when they need something.

“Money, success, and riches can cause people to flock to you, yet everyone’s motives are not the same,” said Bridges. “There are individuals that will come only for what they can get from you, not with a pure or true heart to be your friend.”

These moochers can include relatives, colleagues who live paycheck to paycheck, and even your friends. They’ll stick around for as long as you have your wallet open but disappear as soon as you cut them off.

You Have to Deal With Unfair Haters

On the other end of the spectrum, you might also deal with people who dislike you because you’re a millionaire. It doesn’t matter that you’re a kind person who treats everyone with respect — some people won’t be able to get past their insecurities and jealousy. You might frequently sense their envy — a surprising number of people believe they will become millionaires.

If they don’t know how to become a millionaire — or if they’re afraid to take risks — your success infuriates them. You’ll deal with their negative comments, and you might have to face negative stereotypes, such as some people perceiving you as greedy or ruthless.

This could be the furthest thing from the truth, but it doesn’t matter. Some people will dislike you just because they can. The best way to deal with haters is to ignore them and not retaliate. You don’t have to apologize for your success. You can’t please everyone, so there’s no point in trying.

You Suffer From ‘Money Guilt’

Dealing with feelings of money guilt is a downside of being a millionaire that can come as a shock. Even if you sympathize with the struggles faced by others, you might have trouble empathizing with them.

Unlike some of your friends, you might no longer worry about the cost of healthcare or stress about how you’ll pay for your kids’ college education. Because of this, you could feel a twinge of guilt and make it your aim to give large sums to your favorite charities and help those with legitimate needs.

There’s nothing wrong with this. But know that it’s not your responsibility to save everyone, and you shouldn’t let others guilt you into giving away money. “Once it becomes common knowledge that you are a person of means, everyone seems to come from out of the woodwork,” said Bridges.

“From children starving in Africa, people enslaved in foreign countries, limited education for women, and the list go on and on. You can only do so much; you cannot save or fix the entire world.”

The more you earn, the more you’ll owe in income taxes. Chances are you’ll have an accountant crunching the numbers and determining how much you owe the federal and state governments, but you should mentally prepare for a higher tax bill — it comes with the territory. Do your research to master the strategies that help wealthy people save money on taxes.

You Feel Pressure To Maintain a Certain Lifestyle

Being wealthy can mean becoming accustomed to a particular way of life. This presents a new challenge — the pressure to maintain this lifestyle. A 2015 survey by UBS Investor Watch found that millionaires are just as stressed as everyone else but have different worries. About 52 percent of those surveyed felt stuck on a treadmill and believed they couldn’t get off without sacrificing their family’s lifestyle.

Some millionaires — particularly millennial millionaires — are also more “insecure and conscious about how their wealth compares to that of peers,” according to the survey, and they often feel pressure to work long hours and keep up with the Joneses, which can mean losing quality time with family.

Additionally, the survey found that some millionaires — despite having impressive net worths — are never satisfied and continually strive for more riches. For these people, it isn’t enough to have $1 million; they want $2 million, and those individuals with $2 million want $4 million. They have so much, yet it’s not enough because lifestyle expectations increase as net worths soar.