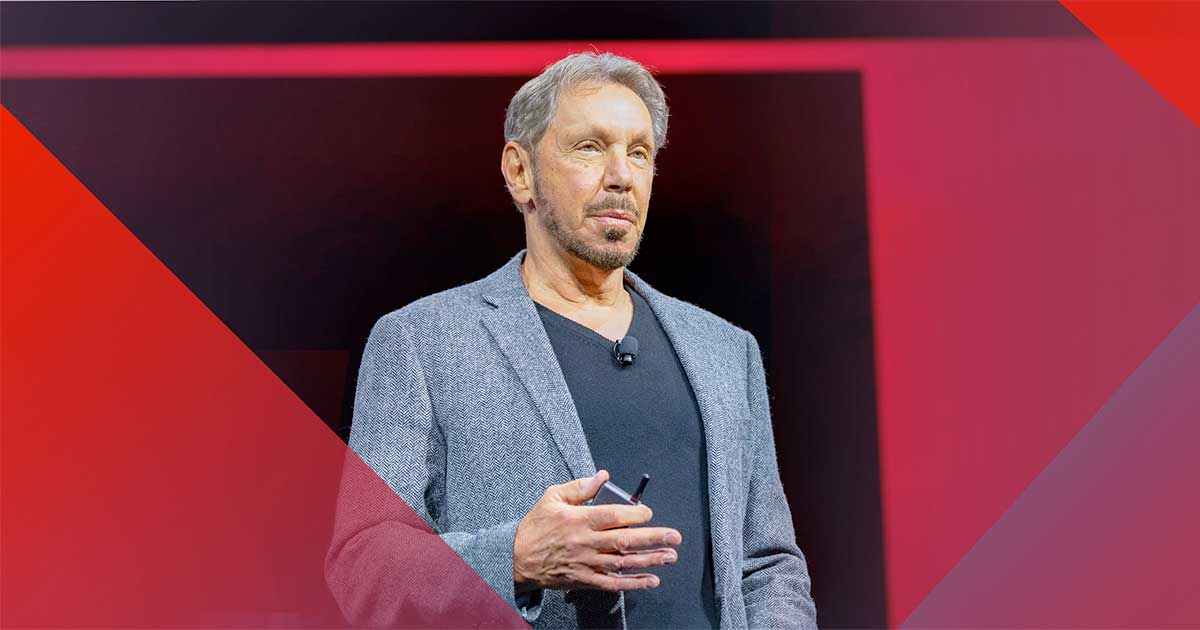 Lawrence Joseph ‘Larry’ Ellison is an American businessman, best known as the co-founder and CEO of a multi-billion dollar software company, ‘Oracle Corporation’. He was a university dropout who was highly inclined toward the newly developing computer design system and in pursuit of success moved to California from Chicago.

He started by developing databases for the CIA and quickly escalated to the idea of forming his own company, after developing the database ‘Oracle’.  As of April 2022, his net worth was estimated by Forbes magazine $112 billion USD.

There are many lessons one can take from how someone abandoned early on in life and went on to build one of the biggest companies in the world. He is without a doubt one of the people who has most influenced the technology industry. Below are the 8 success lessons you can take from the life of Mr. Ellison.

The best way is to always go back to the first principle and think things for yourself. You do not need to re-invent the wheel all the time but there are those things which following the crowd will not make you great. For scientific, Business, or Morality                                           you have to think for yourself first. Mr. Ellison dropped out of school twice as he hated formal structured schooling and it shows he did not want to conform.

Many people believe that to succeed you need a degree and do not follow their heart and remain stuck in how the crowd does things. Even though Larry dropped out of University, he stayed long enough to learn enough about computer design before inventing a database.

Lesson 2: Focus on a great and right product
To be successful in business you need to have a great product. Oracle employs only the best engineers in the world from the best universities. They do not spend too much money on sales and marketing. He believes that Oracle clients no longer need  convincing to use their products but just need a better software upgrade.

Oracle once spent $3 billion on software engineering and believes it is the only thing that works. Without a great product, you will get clients but you will not keep them for long or they will never recommend you to others.

Lesson 3: Execute your ideas
You probably have heard that ideas are worth nothing. Interestingly, you keep finding some people saying where can I find a business idea that can make me millions. What is key to greatness is being able to execute ideas better than anyone else. Larry proves this with how he executed someone’s idea into a multi-billion dollar empire.

The relational Database he invented was not his but IBM’s idea. What he did best was to execute this idea into a great product which IBM failed to do. “Henry Ford did not invent the car but he made it cheap and popular to American people”

Lesson 4: Be addicted to winning
“I am addicted to winning. The more you win, the more you want to win” Larry was influenced by Genghis Khan who said that “Everyone should suffer and I should win”. This is what made him more competitive and    for him, it was not about the money but more about being number one.

“What drives me is this constant testing of limits. Constant learning…How can you move the world just a bit, make a difference, change lives..and how much can I help [while] discovering my limits”

Lesson 5: You do not need a degree to succeed
Many billionaires in the world, especially in silicon valley, do not have a formal qualifications as they found what they love early on in life. Larry was a bad student and hated the formal structure of the university. Even though he dropped out of school, he stayed long enough to learn about computer design which helped him invent a database. Larry valued education not schooling. He continued reading scientific papers    even when not in a formal school. A relational database was invented after he read a paper written by an IBM scientist.

Lesson 6: Retirement should never be part of your vocab
Many people in the world are working hard for retirement and that is not Mr. Ellison. He held the position of CEO at Oracle to the time when he was over 70 years old. Many tech companies required their executives to retire at age 60. Oracle is successful because Larry always wants to win and the company is his life. Larry was the Chief Executive Officer (CEO) of Oracle from 1977 to 2014. He is now chairman and Chief Technology Officer (CTO) of the company. Amazingly at the age of 73, He launched a new consumer wellness company called Sensei.

Lesson 8: Always give back
Larry is a philanthropist in medical research and green energy. Because he does not talk much about his giving he has been labeled a closet philanthropist. Mr. Warren Buffet encouraged him to come out in public about his donation to set an example for others to follow.