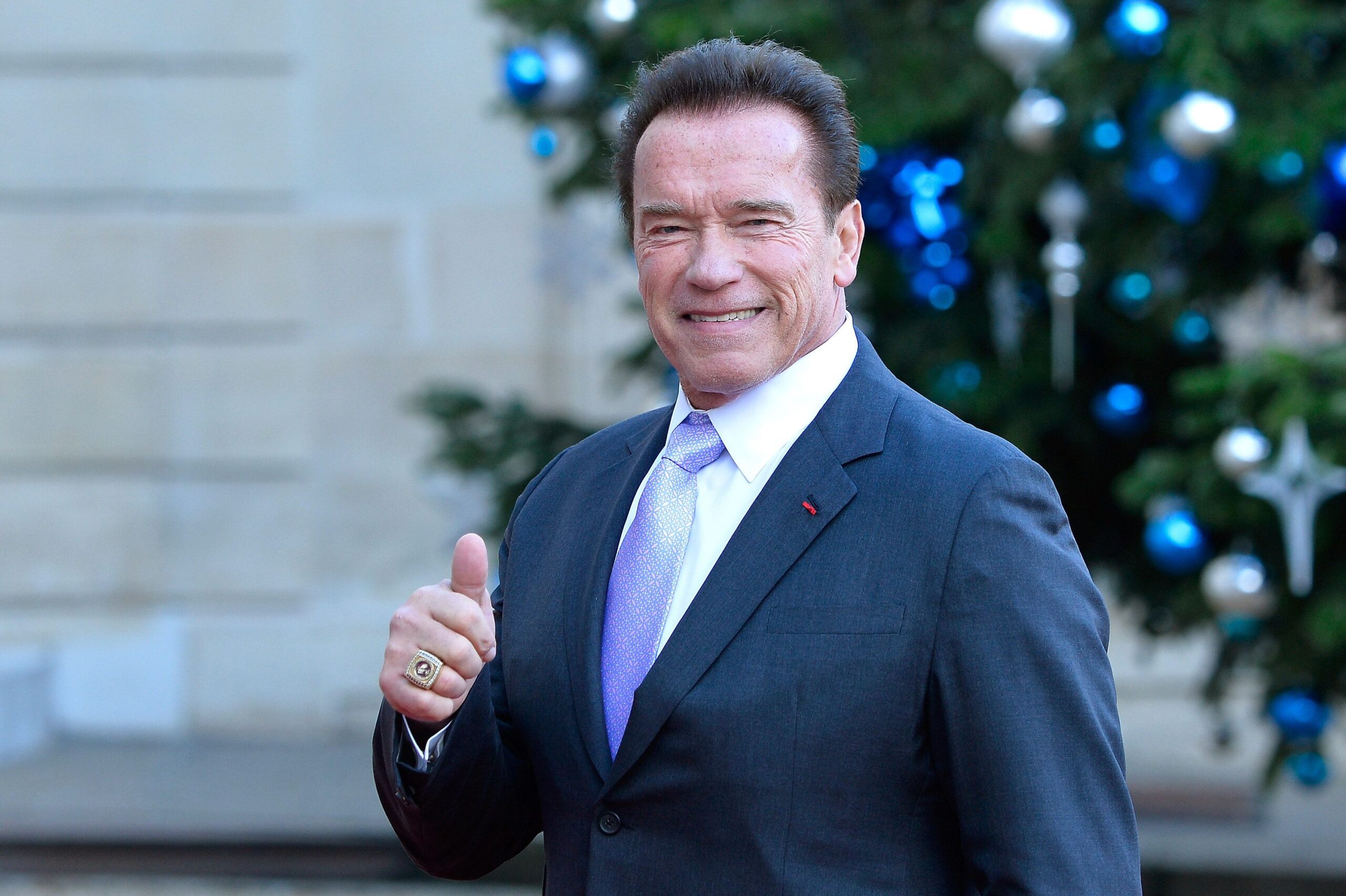 After becoming the bodybuilding champion of champions, Arnold Schwarzenegger was mocked and told that no one his size, and with such a strong accent, could make it in Hollywood.

He was ridiculed and told to give it up when he was challenged to become the governor of California. Those laughs quickly turned into votes as the “Governator”, rose to the top of Mount Olympus. Here we look at 3 lessons from one of the most successful icons of the last 50 years.

“The last three or four reps is what makes the muscle grow. This area of pain divides the champion from someone else who is not a champion. That’s what most people lack, having the guts to go on and say they’ll go through the pain no matter what happens” – Arnold Schwarzenegger

Arnold uses muscle building as a metaphor for pushing beyond your limits and achieving your goals despite the challenges. A champion doesn’t give up at the first sight of pain or sign that they have reached their perceived limits. You must always be looking to improve and earn that extra inch.

From Great to the Greatest
In the ’60s a group of young African American brothers just the world by storm. With four no.1 hits, the Jackson 5 were a phenomenal success. Most of us would leave it at that and consider the job done, but not Michael Jackson.

Jackson went on to become the most successful male solo artist of all time with a record of 13 number one hits, including the best-selling album of all time, Thriller. Much like Schwarzenegger, Michael Jackson did not sit on his laurels and think, “job well done”. He pushed himself beyond the boundaries of what success meant in his field and became one of the biggest stars in history.

Growing Pains
The difference between being a success and not being a success is having the tenacity to keep pushing yourself despite your failures or accomplishments. A true warrior does not settle for mediocre finances, average results, or an “okay” relationship. Abundant cash flow, awesome results, and passionate relationships are the mark of a real champion.

The road to glory isn’t always high fives and happy faces. If you want to ride the path of immortality, then you must overcome the challenges and push beyond your limitations. When asked about his so-called failed attempts at inventing the light bulb, Thomas Edison said – “I have not failed 700 times. I have succeeded in proving that those 700 ways will not work. When I have eliminated the ways that will not work, I will find the way that will work”.

Action
Challenge yourself to complete a task or goal that you have been putting off. Keep it simple. If we set a goal that is too grand too early, we will likely fail. Maybe you are trying to give up coffee or add more fruit to your diet. Rather than going cold turkey or becoming a fruitarian, start by having one less coffee a day or one extra piece of fruit and work up from there. By keeping it simple we lay the foundation for triumph.

2. No Retreat No Surrender

“Strength does not come from winning. Your struggles develop your strengths. When you go through hardships and decide not to surrender, that is strength” – Arnold Schwarzenegger

Nick Vujicic is the author of the book ‘Life Without Limits’. As well as being an author, Nick is a musician, actor, and speaker. His hobbies include fishing, painting, and swimming. Oh, and he has no limbs!

It would be easy to give up the race if you were born without any arms or legs, but you won’t see Nick crying about the hand he was dealt (excuse the pun). Instead, Nick travels the world sharing his message of perseverance and determination. “If I fail, I try again, and again, and again. If you fail, are you going to try again? The human spirit can handle much worse than we realize. It matters how you are going to finish. Are you going to finish strong?” – Nick Vujicic

What’s It Worth?
When matters come easily to us, we generally tend not to value them. Some people provide incredible services free of charge, but they have to conflict to provide them away. The moment they charge, however, people suddenly take notice. Why? Because they need to invest in it, they need to earn it!

If we train for a marathon, work towards income promotion or rekindle a sour relationship, we feel a sense of pleasure when we achieve our goal. Why? Because it was a challenge, it was difficult. This helps us to develop stronger. We reinforce our self-believe, understanding that despite the struggle, we’ve got the grit and determination to conflict on and conquer our goals.

It’s Easy When It’s Easy
Double Olympic gold medallist James Cracknell put 8 years of emotional pain, suffering, and dedication into training for 2 Olympics. It took just 6 minutes to pass the line first. Winning the rowing race was the easy part. The actual tears have been shed on the training ground. You would think he would account for winning gold medals at the Olympics as his best achievement. You could be wrong.

Following his Olympic heroics, he was training for a triathlon when he was knocked off his bike and suffered traumatic brain damage that would for all time change his life. In his autobiography, Touching Distance, he writes “Nothing is more painful and challenging than trying to overcome this head injury. The Olympics was a breeze in comparison.” He goes on to say that his greatest achievement is recovering from the injury and learning to live a normal life again.

When we are talented at something like James, many of us go do great things. Our true potential, however, shines through when we’re faced with the sudden and survive it. When we learn how to surf and not use a limb like Nick Vujicic or continue to create lovely symphonies whilst going deaf, like Beethoven, we find out what we are made of.

Action
Find something you are suffering from such as learning to drive or a new language and consider the consequences of not achieving it. Failing to learn to drive could mean that you can’t take the kids to school. Not learning a new language may result in your forever remaining a traveler in your new vacation home. Consider all of the consequences of failure and use them as a catalyst for pushing through when the going gets tough.

“For me, life is constantly being hungry. The which means of life is not simply to exist, to survive, but to move ahead, to go up, to attain, to conquer” – Arnold Schwarzenegger.  What Arnold means by this is that we must usually strive to be, do, and give more. We must never become complacent and sloppy. As a species, we are the most luxurious beings on earth. Just like the apes, we came from the trees. But what have the apes carried out in millions of years? They are still swinging from branches. Dolphins are still swimming in the ocean, and birds are still making nests from twigs.

Humans, however, have created computers, automobiles, the internet, and area stations. From nothing but sticks and stones, we’ve got somehow created airplanes, virtual reality, and telescopes that can see different galaxies. The power of our creative mind and the flexibility of our bodies has allowed us to convert rocks into rockets. Your purpose is to make use of those incredible presents and fulfill your fullest potential.

Science Fiction
Until Roger Bannister ran a mile in under 4 minutes; science told us that it was physically impossible. Today, high scholars show that what was once considered “impossible” is only a limiting belief system. We are not intended to sit by idly letting life appear to us. We want to grab it by the balls and capture our opportunities. Sergey Brin, an immigrant from Russia, was following in his father’s footsteps, pursuing an education in mathematics and computer science when he met Larry Page. Larry proposed a concept to Brin that horrified his father.

Eat Like A Horse
We need to keep pushing ourselves to the maximum, achieving higher and higher. While Nintendo was trying to reinvent Mario for the 18th time, Sony, a company known for music, created the PlayStation. With nearly 400 million units of all devices sold, it’s secure to say that Sony did not play it safe and simply stick with what they knew. To maintain growth, we need to remain hungry and keep pushing ourselves outside of our comfort zone. We must break free of our self-contained shackles and always work on upgrading, improving, and developing our skills and talents.

Action
Think of something that you are already exact at and consider how you can enhance upon it. Maybe you are a natural motivator. You’re exact, but imagine how much better you’ll be in case you took a coaching course? Put within side the attempt by pushing beyond your current capabilities and you will be rewarded with excellence.