12 Things Holding You Back from Achieving Success 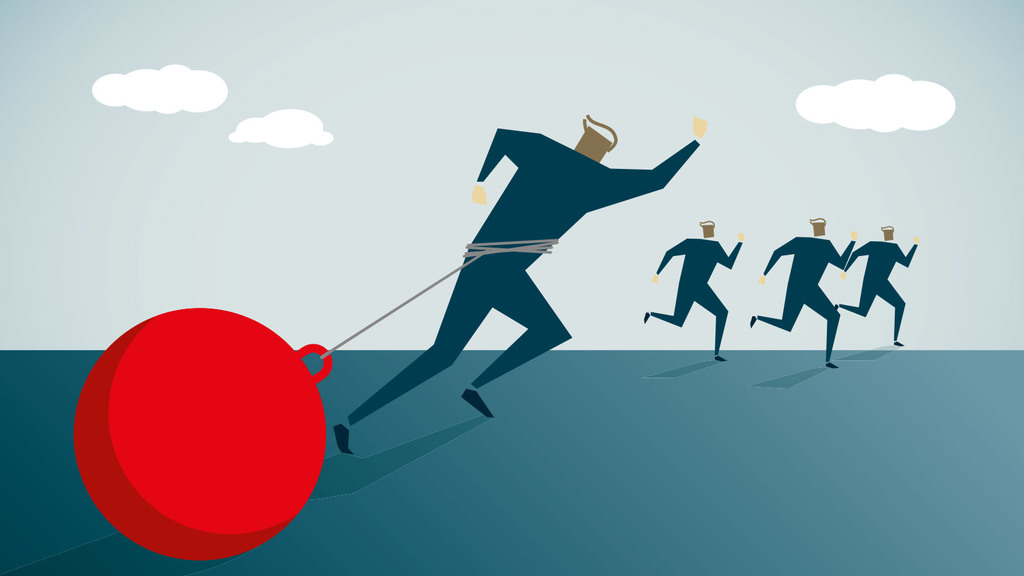 There are so many factors that can hold you back from achieving success. Things that could make them miss success by just an inch, or even a mile. Many of them are simple things that people just don’t seem to be doing, but some are a lot more complex.

The reality is, that it’s all in the mind. Our brains are programmed to push us toward the easiest ways in life when we’re looking for the best. Here are 12 things that could potentially be holding you back from achieving success.

1. You Fear What People Think
One major thing holding people back from achieving success is fear. We’ve all been there. You’re getting anywhere with what you truly want to do because you’re worried about what others will say about it. Maybe you have friends who would think you’re mad to do something so different from what ‘the group’ is used to, or possibly you’re embarrassed to share your business with friends and family because they might think it’s silly.

The honest answer? Yes, there will be people who don’t support you and who think your ideas are beyond possible; but it’s not their place to say and neither is it yours to listen. You are capable of whatever you believe you are capable of, and if you listen to others and let it get to you, that’s when your dreams will crumble.

2. You’ve Become Comfortable With the Uncomfortable
The best way to explain this point is by the use of car as an example. If you have a cheap little run-around vehicle, that won’t have plenty of life left in it, then this may apply quite nicely to you.

A cheap bashed automobile will seem very uncomfortable and tough to drive when you first get into it. You understand that you’re sad with the car and that you need something a lot better and smarter. However, after using it around for a while, you begin to get used to it, and it will seem more comfortable and you simply won’t care as much about it.

Your mind, and your will to better yourself will slowly deteriorate, alongside side your vehicle. Before you realize it, the car will die and you will be left with nothing because you haven’t been running as hard to get a better one, because of your will disappearing. An uncomfortable automobile is still an uncomfortable car 3 years later. The simplest thing that’s changed is your mind, and not for the better.

3. You Have No Discipline
When I was at school I had no discipline. I would get home, and grab a can of coke at switch on the PlayStation. Homework would be done on the bus ride the morning it was due in. I could have done a hell of a lot better if I had just applied myself and taught myself some discipline so that I would get stuff done properly.

The same applies in business. If you don’t have the discipline to push through all the boring moments that are guaranteed to arrive at your feet at one point or the other, then you won’t make it very far. Just get it done. Properly.

4. You’re Afraid of Change
Some people hate change. They get scared by it. They decide that they don’t want to push themselves hard to then end up with something they are unable to handle. With this mentality, you are committing suicide before you even start.

Change is good. Change is growth and that is incredibly important if you want to make a success of your life. One day you’ll wake up, sick of the same old thing, and wish you’d started to change yourself before it became too late for you to do so.

5. You Have Great Ideas that You Don’t Put to Action
I know what it’s like to get carried away with your thoughts and your picture of success starts to snowball in your mind before you’ve even begun to take action. I naturally overthink things, it’s just something I’ve always done. Having great ideas in your head is excellent, and if you have a big picture of where you want to be when you know what you want to work towards. However, as each day goes by, more ideas in themselves won’t get you any further than you already are. Daily action is what brings you closer, so why haven’t you started yet?

6. You’re Easily Distracted
This one holds so many people back from achieving success. There won’t be any work being produced if every 30 seconds you decide to check your texts, your emails, your Facebook, and so on. Some people like distractions because as I mentioned above, they have no discipline. Eliminate all distractions from around you, so that you can get through some solid hard work without continuously stopping.

7. You Lack Creativity
Creativity doesn’t exactly come as easily to some people as it does to others. It’s not your fault, it’s just one of those skills that are not your best. So what you need to do is improve your creativity, instead of just making do with what you’ve got. The truth is that anything can spark creativity. It’s different for everyone, but the good news is that your brain is capable of creativity. You just need to work out how to unlock this creativity of yours.

A lot of people will agree that taking your mind off the thing that you need creativity for, and just doing something else different entirely can spark great creativity. Your mind isn’t doing as much thinking, because you’re not making yourself do so, which frees up any thoughts you may have had deep down.

8. You’re Not an Early Bird
I think that the most successful people you run into in your life will be getting up earlier in the morning than you. It’s a fact. Just getting up an hour earlier makes such a difference. That’s one whole hour extra of work that you’re putting in and it’s needed. It’s not an easy thing at first, waking up an hour earlier. Your mind will be telling you not to get up and you will a little more tired than you usually do because you’re not used to it.

The first week will be the hardest, but from then on your body and mind will be used to it. So take the first steps! The only reason you’re currently waking up at 7:00 is so that you can get to your job on time. If your job started an hour earlier, you probably wouldn’t be waking up at that time. You’d probably be waking up at 8:00. It’s just habit, so get out of the old one and into the new one.

9. You Let Failure Cripple You
There’s a reason why so many people that fail the first time never try again. It’s demoralizing to put all your hard work into a project and then witness it fail right in front of your eyes. Failure is not easy to take, but you know what? It separates the losers from the winners because the losers will give up completely and the winners will learn from their mistakes and be able to try again to implement what they’ve learned.

10. You’re Too Impatient
Wealth and fame take time. Success takes time. You can’t just expect to put %100 in for one month and automatically become the best at your craft. If you’re being impatient and giving up only a short period of your work, then you’re not going to get anywhere. Sometimes impatience can be a good thing if you can control it. It can force you to work incredibly hard and get things done that others may take quite a while to do. So if you are impatient, be sure to use this wisely with what you do, and not let it get the better of you when it comes to things like the quality of your work, or giving up.

11. You’re Motivated too Much by Money & Not by Passion
Another thing that’s probably holding a lot of people back from achieving success is the fact that their motivated way too much by money, rather than passion and what they love. Money is great, and it’s a good motivator, but it’s not as good as love for the subject at hand. You should know that by now. Your struggle towards success will be hardened if there is no love for what you do. Money is only there when you start to become successful; love is always there.

12. You Haven’t Found What You Were Born to do
Maybe you’re just not quite working on the right things. There are plenty of successful people in the world who started in one area and then realized it wasn’t quite for them, so they were then able to find out what their true passion was. It may take time to find the thing that’s perfect for you, but don’t let that put you off. As long as you’re concentrating on working towards one thing, you’ll soon know whether it’s right for you or not.