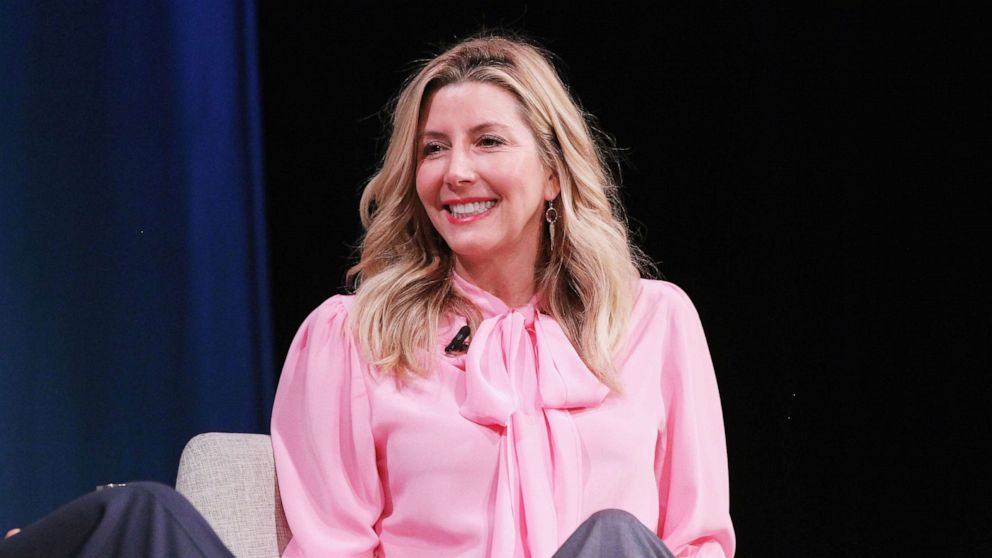 Sara Blakely, the billionaire, founder, and sole owner of the shapewear empire, SPANX®, turned into a billion-dollar solution. As a matter of fact, in 2012, Forbes named Blakely as the world’s youngest self-made billionaire.

While it’s difficult to imagine the funny, vibrant, smart, and candid entrepreneur destined for anything but greatness, Blakely’s journey of becoming a billionaire wasn’t a straight shot. It is one founded on heartache and loss. So, how did one of the most successful entrepreneurs in modern history go from selling fax machines door-to-door in the Florida heat to be the sole owner of a beloved $1 billion-dollar company?

The brand SPANX and the name Sara Blakely are renowned; few today wonder who founded Spanx. SPANX’s history is one of success, wit, and entrepreneurial spirit. The creator of the SPANX story is similar to that most entrepreneurs. It’s one with themes of pain, patience, passion, and a lot of hard work. In the article below, learn the top business success lessons owners can take from Sara Blakely’s life.

Stay Motivated, Even in the Face of Loss:

By her early 30s, Sara Blakely lost 11 people due to isolated incidents. When she was 16 years old, she watched her friend get hit by a car. Additionally, she suffered more trauma as a high schooler when two different prom dates died. Experiencing so much loss at a young age taught the young entrepreneur how to live life to the fullest.

In a feature with Forbes, she says death is a top motivating factor. “I think that when you witness death at age 16, there’s a sense of urgency about life . . . The thought of my mortality—I think about it a lot. I find it motivating. It can be any time that your number’s up.” This mentality moved Blakely to uproot herself from Florida and head to Atlanta to pursue her dream of launching SPANX in 1998. With a life savings of $5,000, the then 27-year-old began taking steps toward opening her business.

During the first few years of her company, she conducted business out of the house she shared with her best friend and roommate, Laura Walker. Sadly, soon after that, Laura passed away from a horse-riding accident. In a heartfelt Facebook post written by Blakely, she shares the story about how the memory of her friend motivated her to fulfill her destiny and purpose.

One of Sara Blakely’s most endearing qualities is her positivity. From a young age, Blakely learned failure is nothing to be afraid of. She tells Times of Startups that she got weekly dealing with failure from her father. “Growing up, he would ask us what we failed at that week. If we didn’t have something, he would be disappointed. It changed my mindset early on that failure is not the outcome; failure is not trying. Don’t be afraid to fail,” she explains.

Rather than focusing on what she calls “oops,” she says she learned to find her hidden gifts in moments of disappointment or error. Instead of locking up in fear when things go wrong, she says people must find the beauty in these moments. “I started realizing in everything there was some amazing nugget that I wouldn’t have wanted to pass up.

At SPANX, to encourage people to fail, I’m bringing up my failures in front of the team often . . . I’m always openly talking about it . . . If you learn from it and laugh about it, then it’s all worth it,” she says about the subject of failure in a video filmed for Business Insider.

In a MasterClass video, Sara Blakely mentions she “started SPANX as a frustrated consumer . . . I simply wanted to wear white pants to a party and have nothing show underneath it.” After cutting the feet out of some pantyhose, she knew her billion-dollar business idea had arrived. She was starting a business based on this concept.

Before SPANX, women found themselves wrestling with how to create a seamless illusion underneath their clothing. Blakely was beyond familiar with the frustrations of trying uncomfortable solutions to the problem of visible undergarments.

While the concept of shapewear isn’t new, as Blakely researched her market, she realized just how out of touch the entire industry was with its target audience. Although her solution to this problem was simple, it was still a one-of-a-kind, innovative idea that solved a real problem.

Learn How to Work on a Shoestring Budget:

If any entrepreneur knows how to hustle, it’s billionaire Sara Blakley. She started SPANX with a $0 marketing and advertising budget. The company relied entirely on networking, social connections, and customers’ word-of-mouth.

Before affiliate marketing, ads, and sponsored posts were a thing, Blakely paid her friends to show up in various cities and create hype around her product. When she’d schedule a live demonstration in a store, she’d actually pay people to show up and act excited. Most importantly, Blakely became razor-sharp focused on her product getting media attention. She knew she shared a target audience with entertainer Oprah Winfrey.

She sent a prototype to her show with a handwritten note. The pair of SPANX caught the attention of the person who dressed the celebrity. After wearing the product, Oprah was sold. In fact, she loved SPANX so much, she featured Blakely on her infamous “Favorite Things” episode. Blakely says her sales and marketing strategy wasn’t intended on making her a millionaire overnight. It was: “Make it. Sell it. Build awareness.”

Keep Going, No Matter What:

In 2000, The Oprah Winfrey Show shared Sara Blakely and SPANX with the world. During her interview, she told the talk show host that after a year of product development she almost gave up. In a last-ditch effort, she asked the universe    for another sign to keep going. That day, she flipped on the television and Oprah was on, telling her audience she cuts the feet out of her pantyhose, especially when wearing sandals. She said after this, there was no turning back. She was making SPANX happen, despite the constant rejection she received.

With no fashion, retail or business ownership experience, launching the company depended solely on Blakely’s resilience and persistence. One patent attorney thought her business idea was so bad that he was being pranked on Candid Camera. With no one supporting her, she learned how to file her own patent. The same attorney ended up filling out the claims portion so Blakely would have legal protection as a business owner.

Blakely trusted herself and the value and benefit her product brought to customers. During her first big sale with a buyer from Neiman Marcus, she said the woman just wasn’t getting it. She didn’t understand why SPANX would sell. Sara Blakely is energetically infectious, warm, and hilarious. In true form, she halted the business meeting and told the buyer to follow her into the bathroom.

The entrepreneur went into the bathroom stall, put on her pair of SPANX, and waited for the buyer’s reaction. Needless to say, her sales tactic was a success. The buyer was blown away by the difference SPANX made. Just like that, she instantly understood the power of Blakely’s product.

Sara Blakely is a prime example of why entrepreneurs should do a deep dive into their industry as they work through product development. Before launching SPANX, she studied the faults of the shapewear industry, thus finding room for improvement. After getting nowhere with cold calls to manufacturers, Blakely paid in-person visits to the factories located in North Carolina. She learned that most hosiery companies were owned and operated by men.

Additionally, she discovered that none of the products were tested on real people. The manufacturers were only testing hosiery on mannequins. During an interview about her innovative idea with NPR, she says: “And then it kind of became clear to me why they’d probably been so uncomfortable for so long.” With this information, she found room for innovation in a well-established market. Additionally, Blakely began changing the narrative around undergarments. The message around SPANX is one of empowerment.

In fact, their mission is to “help women feel great about themselves and their potential.” While that may seem like a stretch, women who experience  these problems and societal standards know it isn’t—and that’s exactly who SPANX serves. Blakely has expanded her mission with the Blakely Foundation with a pledge to empower women. In her own words, Sara Blakely says: “I pledge to invest in women because I believe it offers one of the greatest returns on investment.”

Sara Blakely credits her visualization practice as a top determining factor of SPANX’s success. During her copier-selling days, she began developing a very clear picture of the life she wanted. By visualizing her future, Blakely could start setting goals toward making it a reality. “I had a very clear vision of what my life was going to be like . . . My snap photo was to: be self-employed, invent a product that I could sell to lots of people . . . and create a business for myself that would continue to fund itself if I wasn’t present,” she says during a speech.

For Blakely, the key to visualization is specificity. When imagining her future business and life, she spared no details. For example, she even visualized being on Oprah’s show, which, as mentioned above, was a complete career-changer. There’s no question Blakely is proof that practicing visualization yields fruitful results.