38-year old talks about her biggest money mistake, “I could have been $40,000 richer today” 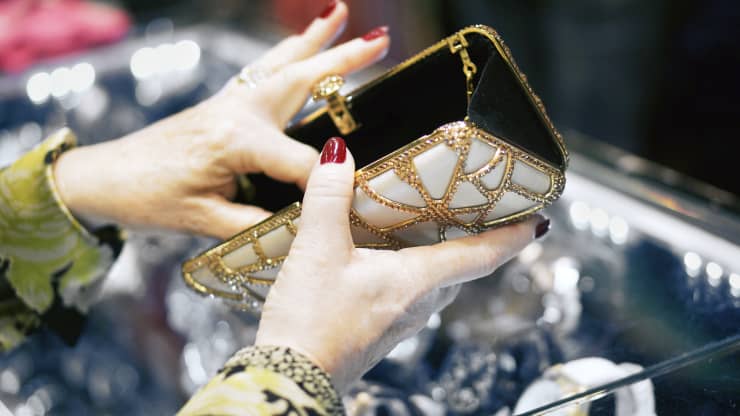 If there’s anything I’ve learned from my mother, it’s that life goes on regardless of what money mistakes you make, no matter how foolish they are. The direction you go after the realization is entirely up to you.

The biggest mistake I ever made took place in 2010 when I was in my late-20s. After maxing out my retirement accounts, working a full-time job, and picking up multiple side hustles, I had accumulated well over                   $100,000 in savings. I convinced myself that in return for being so responsible with my money, I could afford to spend $2,850 on a Chanel handbag.

Plus, it was a collectible investment. The value of a classic, medium-sized Chanel flap bag had only increased since its release in 1955, so I knew that a well-timed purchase and resale could bring in a sizable profit.

Around the same time, however, I was starting to invest in stocks. Amazon seemed like a smart, long-term investment. The company’s growth was strong, and it was moving into every imaginable type of product, media, and service.

“Why not spend that $2,850 on Amazon stock instead?” a financial mentor suggested. I gave it a lot of thought but was ultimately unable to resist the appeal of owning something I could enjoy immediately.

Second, I slowly developed a severely bad spending habit. It wasn’t enough for me to have just one handbag, so a few months later, I bought another. Then more months went by, and I decided I needed a third. Like that, my journey down the slippery slope of expensive handbags began.

It was no longer a ‘financial investment.’
Instead of putting my money into places where it’d have the opportunity to compound, grow and create more wealth for me over time, I was reducing how much I put into my savings each month — to fund another handbag in another fabulous color. The more I bought, the less I used them. I battled with the guilt of excessiveness. I would go back and forth about why I deserved them, why I needed them, and how I had a good amount of savings anyway.

Studies have found that buying luxury items can open floodgates to purchasing even more stuff, which is the perfect recipe for credit card debt. It wasn’t until a couple of years later that I finally saw the reality of my financial situation: My savings had decreased significantly, and I now had tens of thousands of dollars worth of handbags in my closet for no good reason.

With great difficulty, I started refocusing my attention on my early retirement plan and sold all my handbags through eBay and various consignment stores. Luckily, I could sell a few for close to what I paid for — and even more for some. Thanks to Chanel’s crazy price increases, I sold that first handbag for $5,700 (double the amount I originally paid). Still, it took way too much time and effort. And when you factor in reseller fees, the return doesn’t even come close to $39,846.50.

Turn your mistakes into lessons.
This one takes the cake for me when it comes to money mistakes. I’m not suggesting that buying luxury items are always a bad idea. But it should never be done at the expense of your financial goals.

Additionally, studies have found that buying luxury items can open the floodgates to purchasing    even more stuff, which is the perfect recipe for credit card debt.  But I’m done crying over spilled milk. Now, instead of letting my money sit in the closet, I’m putting it back to work by continuously saving and investing — for the sake of my current and future self.