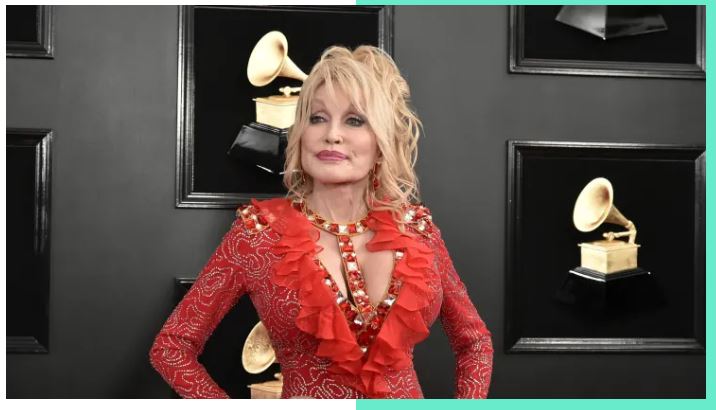 She created theme park Dollywood and starred in multiple Netflix specials, all while building The Dollywood Foundation, where she started book-gifting program Dolly Parton’s Imagination Library. She even helped fund the Moderna Covid-19 vaccine.

So, how does Parton find the time to do it all?
“I’m a very, very, very early riser,” Parton told RuPaul Charles in an interview for Marie Claire. “I’m always up for good around 3 a.m.”

Typically, she goes to bed “pretty early, but I’m up and down,” she said. “If I wake up and I’m pretty well awake, I think, ‘I’ve got so much to do,’ I’ll get up, work a little while, write a little while, and lay back down.” She says she doesn’t need much sleep, only three to five hours, but she prefers five.

The first thing Parton does when she wakes up is prayed. “I’m a very spiritual person,” she said. “Every single day, before I do anything, I wake up, and I thank God for the night and ask him to bless the day and to bring all the right things…all the wrong people out of my life, bring all the right stuff in, just to guide me, lead me.”

“I have the little meditations, my little scriptures that I read, and all that. That’s how I start my day.” Between 3 a.m. and 7 a.m., Parton does “some of my best spiritual work, some of my best writing, and some of my business work—call-ins and letters that I’m writing or whatever.”

“I get more work done during that little time when the world is calm, energies are down, and I just feel like a farmer,” she said. “They say the early bird gets the worm. Well, they also get a lot of good ideas too.” “But usually, if I’m on the job, I’ll take a little power nap” during the day, Parton said.

For breakfast, her meal varies, but “once in a while,” her husband likes “some sausage patties, biscuits, and milk gravy,” she said. “Now, I can’t eat like that all the time, but I enjoy eating it when I do.”

Throughout the day, “if things get chaotic and crazy around me,” Parton will “draw on” the meditations and prayers with which she started her day, she told Charles.