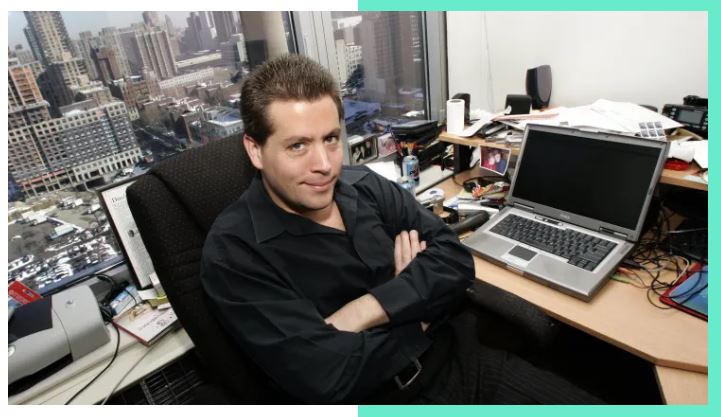 Entrepreneur and author Peter Shankman have had a storied career. He worked in the nascent AOL newsroom in the mid-’90s, created a tool connecting journalists with their desired sources called Help a Reporter Out in the early 2000s and sold HARO in 2010 for under $5 million.

Shankman has since written multiple books, given a TED talk about the importance of being nice and launched the popular ADHD podcast “Faster Than Normal.” Shankman’s No. 1 career advice for those just starting: “Be brilliant at the basics,” he says.

For him, it is knowing what you’re doing and abiding by those parameters. That’s it. “I don’t need you to redefine pi,” Shankman says about the level of excellence he’s advising. “I need you to suck slightly less than everyone else.”

‘We live in a world where the bar is so unbelievably low.’
This can be widely applied to customer-facing work. For example, if you’re offering food delivery, deliver meals promptly and ensure they’re all still in their allotted containers (spilt food doesn’t count). If you’re designing wedding invitations, print them as agreed upon with the couple and do so in time to send them out.

But it can also be applied to jobs that don’t require selling a product or service. If your highest priorities are ensuring your company’s site runs smoothly, adhere to those priorities and do them well. If you work in public relations and your job is to pitch your clients’ stories to media outlets, ensure that you’re throwing the right media outlets.

Given his authorship and podcast, the latter is a scenario Shankman is familiar with. PR people often turn to him for coverage of clients who have nothing to do with the subjects he typically covers.

“My all-time favourite was about a year ago where I got an email around Mother’s Day that said, ‘Dear Peter, we know that working moms like you have it tough,’” he says. “We live in a world where the bar is so unbelievably low,” he says.

Don’t forget about grammar and spelling.
One more piece of career advice: Perfect your grammar and spelling, says Shankman. Nearly 6 in 10 Americans (59%) find spelling errors in restaurant menus, store signs and ads annoying, according to a 2015 Dictionary.com survey of 2,052 adults. And that frustration extends to other professional correspondences.

Shankman tells the story of taking his daughter to a socialisation class when she was six months old. “I get an email at the end of the day, ‘Dear Mr Shankman, thank you so much for allowing us to spend time today with Jessica. It was a wonderful experience, and we hope to see you and Jessica back soon.’” “My daughter’s name is Jessa,” he says.

Shankman found this exchange incredibly frustrating. Spelling errors can be a sign of general carelessness. This one erased any sense of trust Shankman had in the organisation. He brought her back but spoke to management several times about the incident.

Shankman recognises spelling and grammar are not everyone’s strong suit ― that’s fine, he says. See if your employer will pay for you to take a class or see what online resources are available about it for free. If you deliver the service you’ve promised cleanly and professionally, “I’ll come back every single time,” he says.