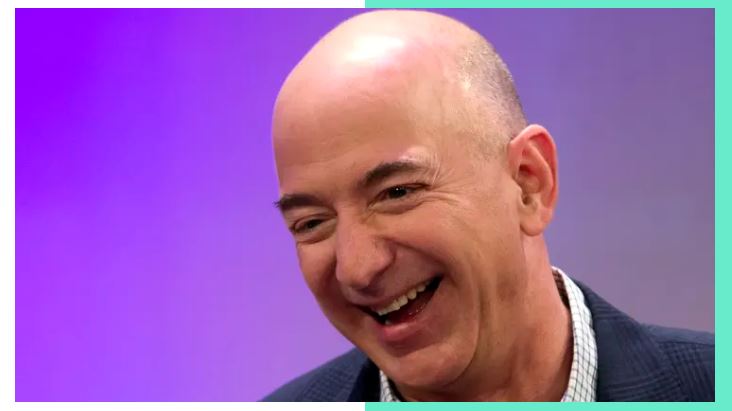 After spending so much time with some of the world’s most successful and influential leaders, I learned what to look for in new candidates. Bezos hired me on the spot after my first interview with him in 2002.

Based on the hundreds of interviews I’ve conducted throughout my decades-long career, here are my top tips on how to instantly impress a hiring manager during the job interview:

1. Tell unforgettable stories about your hobbies and interests
The people I hired or worked with at Google were proudly quirky. They had interesting hobbies, depths of knowledge, and passions outside of their jobs. But they did more than say, “I like to garden” or “I love building furniture.” Instead, they would introduce how they came to love or develop an interest in something through thoughtful and engaging ways.

For example, a candidate who was an avid rock climber talked about how it’s a meaningful activity because her dad had always dreamed of climbing Mount Everest but never got the chance to — so now it’s one of her goals in life. Whatever your hobbies or interests are, tell a story or experience about it that your interviewer won’t soon forget.

2. Talk about what you don’t know but are eager to learn
No one wants to hire a know-it-all. One of the most common mistakes candidates make is overemphasizing everything they’re good at. To me, that’s a red flag that tells me they like to stay in their lane and play it safe rather than seek out new challenges and experiences. Talk about what areas you’re interested in improving, skills you want to develop, and ambitious goals you want to take on one day.

3. Use teamwork words like ‘we’ and ‘my team.’
It’s easy to say that you work well with others. There’s no way for a hiring manager to tell whether you have teamwork and collaboration skills. But when you say “I” too much, it immediately indicates that you can get easily distracted by trying to keep score of your wins and get individual credit.

Highlighting team successes, not personal ones, is a far more sophisticated and rare skill set. Make it a point to say, “we accomplished [X]” or “my team did a great job doing [X].”

4. Talk about ideas that didn’t work
Google is famous for quickly scraping projects that don’t work early on. We celebrated our failures because it was an opportunity to learn and be better. Instead of feeling discouraged, the best employees are energized and motivated by their failures. So share examples of times when you’ve had to pivot from a passion project and apply what you learned to a new one. This will be seen as an asset, not a failure.

5. Go beyond the job description and have a vision of the future
The last thing a manager wants to hear is a repeat of the job description they wrote up. Three years into working at Google, I entered former CEO Eric Schmidt’s office to take the next step in my career. I told him I was ready to be chief of staff.

I put together a roadmap of what the role could look like and how I could develop the skills to take the company to the next level. I’m not saying you should pitch a completely different job title in the interview. The point is to show that you have a vision of your role in a year or two.

Ann Hiatt is a Silicon Valley veteran with 15 years of experience working as an executive business partner for Jeff Bezos, Marissa Mayer, and Eric Schmidt. Ann recently founded a consulting company with CEO clients across the globe, where she applies the lessons of innovation, ambition, growth at scale, and forward-thinking leadership she learned at Amazon and Google. She is also the author of “Bet on Yourself: Recognize, Own, and Implement Breakthrough Opportunities.”

Here’s the No. 1 thing that makes relationships successful, say psychologists who studied 40,000 couples