Mark Cuban has 4 rules for making money—No. 4 is: ‘Know your s–t better than anyone else in the room’ 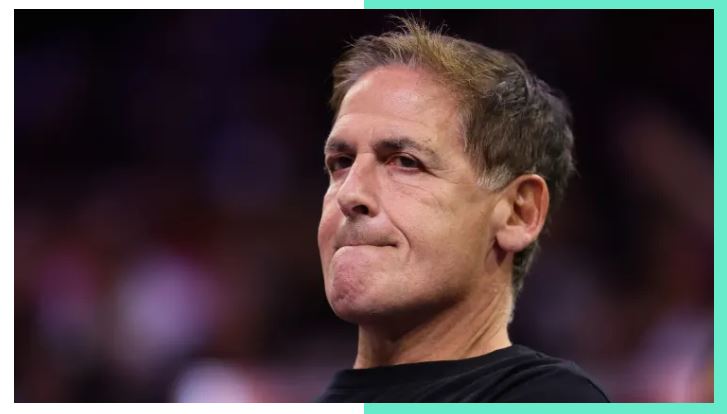 Mark Cuban says anyone can become a millionaire by following his four rules of success. According to Forbes, the 64-year-old investor, serial entrepreneur, and owner of the NBA’s Dallas Mavericks says the strategy helped him accumulate his own wealth — a net worth of $4.6 billion.

He recently broke down his rules for GQ, noting that while they’re meant to help you earn cash, they’re really about being able to “control your destiny.” “If you want to be a millionaire, you can do it, but there are a couple of things you have to be able to accomplish,” Cuban said.

His first rule: “Find something you can be good at. Then, be great at it.”

To do that, you’ll probably need to study your subject relentlessly. Counterintuitively, you may also need to “cross-train” your brain by studying other topics of interest. Research published by the Association for Psychological Science last year noted that what separates Nobel Prize winners from national-level winners is often multidisciplinary experience.

Similarly, the research found that competitive athletes had “greater sustainability of long-term excellence” if they played more than one sport as a child. The authors added that those athletes didn’t immediately excel in their preferred sport, but showed a more consistent route to eventual mastery over time.

Cuban’s second rule is “know how to sell.” His own sales career started early:

At age 12, he sold trash bags door-to-door to earn money for new sneakers, he said. The billionaire has previously given out advice on how to succeed at sales — by showing people how you can help them in the first couple of seconds of your pitch. “Selling isn’t about convincing; it’s about helping,” Cuban told the School of Hard Knocks in a TikTok. “When you understand what people need and want, you put yourself in a position to help them,” he said. “Then you make good things happen, close deals, and that’s how you create companies.”

Sales may be a good place for aspiring millionaires to start. In 2017, 15% of CEOs from the top 100 Fortune 500 companies started in sales, according to a survey from leadership consulting firm Heidrick & Struggles.

The third rule: “Be curious and always learning,” Cuban said.

Having a “lifetime learning mentality” correlates with both objective and subjective success — from the number of promotions you get to how happy you are in your job — according to a 2020 study from University of Waterloo finance and education researchers. In April, study co-author Judene Pretti told UWaterloo’s “Alumni Know” podcast that lifelong learners could even save their employers money in the long run.

“As technology continues to move at the rapid pace it is, employers need their employees to … undertake learning and development to stay on top of the latest technologies,” Pretti said. “It isn’t a matter of needing to replace the workforce. Instead, develop and grow the existing workforce.”

Lastly, Cuban’s fourth rule is his longest — and perhaps his most important, especially for aspiring entrepreneurs.

“When you walk into a room, you [need to] know your s–t better than anyone else in the room,” he said. “That’s when it’s time to start a company. Then, you can start to control your destiny.” Knowledge, of course, doesn’t guarantee success. Before Cuban started his first company, he quit or was fired from three consecutive jobs and slept on the floor of a three-bedroom apartment he shared with five roommates, he wrote in Forbes in 2013.

He touched on a similar subject in his 2011 book “How to Win at the Sport of Business,” writing that it “doesn’t matter how many times” you fail. “You only have to be right once” to be “set for life,” he added. That lesson may be why Cuban seems confident enough in his four rules to stake his livelihood on it. Even if he lost everything, he’d build himself back into a millionaire again; he told NPR’s “How I Built This” podcast in 2016.

“I would get a job as a bartender at night and a sales job during the day, and I would start working,” Cuban said. “To be a billionaire, you have got get lucky … [but] could I become a multi-millionaire again? I have no doubt.”