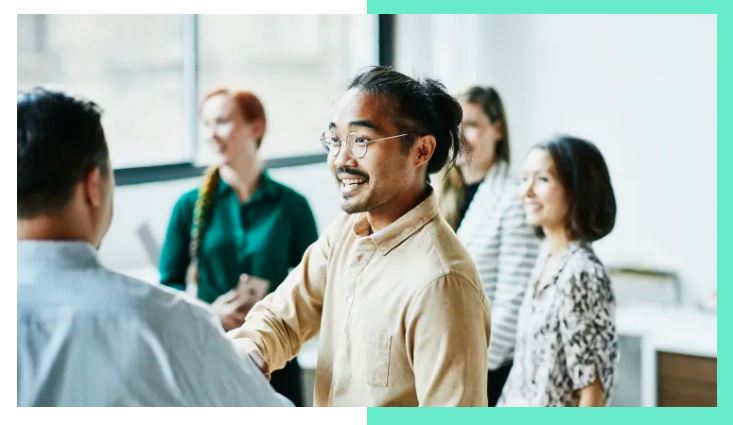 If you’re an introvert, striking up a conversation with a stranger at a crowded event might sound like a nightmare. But that’s what networking is all about — and a networking coach says you’re fully capable of mastering the skill.

Jevonya Allen, a self-described introvert who has been a networking coach for more than five years, says people often look down on introverts. “We don’t derive our fulfillment in life off of being that No. 1 person in the room that wants all the attention, and society says that’s not good. That makes us think that we’re a problem or not normal,” Allen, who authored the recent book “The Introvert’s Guide to Becoming a Master Networker,” tells CNBC Make It.

But there’s nothing wrong with having an introverted personality — and it certainly doesn’t mean you’re less cut out for a successful career, Allen says. She cites Mark Zuckerberg, Bill Gates, and Warren Buffett as examples, noting that introvert strengths often include quality listening, practical problem-solving, and the ability to avoid impulsive decisions. While networking might not be your strong suit, Allen says it’s a skill you can pick up in a few small steps. Here are her seven top tips:

1. Create a few affirmations for yourself
Small statements that reinforce positive thoughts about yourself can help you eliminate your negative thoughts over time, Allen says — whether you’re fighting harmful misconceptions about introverts or other personal insecurities.

One example: “I’m an introvert that doesn’t always like socializing, and that’s completely OK.” Another: “I’m not perfect at networking, but I’m working on improving daily.”

Allen recommends writing down your affirmations in a journal, an index card, or even on your phone. Read them as often as possible, especially when you have negative thoughts. She says you’ll start to carry yourself with more confidence, which will only draw more people to you.

2. Have a strategy for networking events
As much as you might want to avoid attending networking events with large groups of people, they’re still a great way to make business connections, Allen says. To ease your stress, ask a close work friend to come along so you can help each other navigate the event — or even approach strangers together if that’s more comfortable, Allen suggests.

Schedule networking events when you’ll have enough energy to do something that doesn’t come naturally to you. Consider avoiding events right after work, when you might be too tired to put forth your best effort. Allen also recommends creating specific goals to help you make the most of attending. That might mean staying at the venue for at least one hour or getting contact information from at least two people before the event ends.

3. Schedule one-on-ones
After you make those new business connections, the next step is to schedule one-on-one meetings with them. Allen recommends meeting at least one networking connection weekly for roughly 30 minutes each. She says that getting to relationships and connections better will help you build a network that can help advance your career or business.

Try preparing some questions in advance to make the conversation easier, Allen suggests. Focus on learning more about them, their line of work, and what advice they may have for you. Be prepared to share information about yourself and your career goals. Allen says you’ll come away knowing whether you could work together or assist each other somehow.

4. Make following up a habit
Constantly following up after connecting with someone at an event or one-on-one meeting can make you stand out, Allen says. It’s a simple step that can make others remember you in a positive light.

Send an email, a text message, or a handwritten note that thanks them for connecting with you and either initiate another meetup or lets them know you’ll reach out again in the future. Make it a habit to send those follow-up messages within 24 to 48 hours of connecting, Allen says.

5. Take advantage of social media
Social media can’t fully replace networking in person. However, it’s a free and “low-energy” alternative that still allows you to make connections and promote your career and business, Allen says.

Some platforms are more valuable than others: People in your industry may be most active on Twitter, while people from another sector frequently post on LinkedIn. Once you choose a platform, Allen says you regularly reach out to potential new connections. After you’ve connected with someone, send them a direct message thanking them for connecting with you and explaining why you wanted to join, she says. Then, stay engaged: Regularly post about your projects or comment on other people’s posts.

6. Pay attention to names
Allen says that remembering people’s names and pronouncing them correctly is a simple way to make a lasting impression on someone. She acknowledges that it can be difficult, so she has a few strategies for what to do after someone introduces themselves to you.

Ask them how to pronounce their name correctly, and repeat it to make it easier for your mind to remember. Find a few opportunities to use their name in your conversation with them, and she adds: It can make you more personable while increasing your chances of remembering it.

7. Don’t forget the power of a smile
Smiling may only be appropriate in some situations, but Allen suggests making it a goal to smile more often during conversations with new connections. It’ll make you appear more confident, she says. A 2013 study by researchers in Switzerland presented different faces with varying happiness to a group of participants. They found that participants preferred faces with more vital smiles.

“Everybody appreciates the smile,” Allen says. “I would love more introverts to get out there and show your smile because it will only help you make those connections you want.”