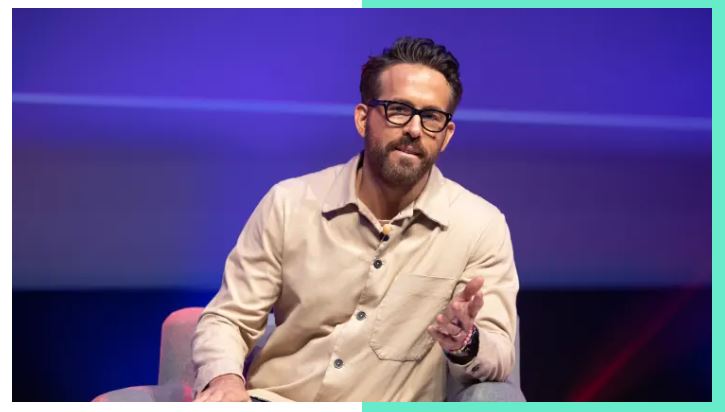 Ryan Reynolds has a reputation for being one of the most excellent actors in Hollywood, despite the snarky, sarcastic characters he often plays on screen — and it’s played a role in his success.

His titular performance as the wise-cracking anti-hero in “Deadpool,” the 2016 Marvel blockbuster film, catapulted him onto Hollywood’s A-list. In addition to acting, Reynolds is a producer, screenwriter, and entrepreneur, building brands like Aviation American Gin, Mint Mobile, and Maximum Effort, a film production company, and a digital marketing agency. Forbes has pegged his net worth at $71.5 million.

Reynolds credits his accomplishments to one crucial skill: conflict resolution.
The Canadian actor, 45, shared how learning to work with different personalities and to lead with kindness has shaped his career while speaking at the Indeed FutureWorks 2022 conference on Thursday.

“We live in a world that’s increasingly gamified, and I think we have the instinct to win, crush and kill,” he said. “But if you can disengage or disarm that instinct for a second and replace it with seeking to learn about somebody instead, that, as a leadership quality, for me, has quite literally changed every aspect of my life.”

Instead of focusing on trying to win an argument or “beat somebody” that he disagrees with, Reynolds said he strives to empathize and validate what the other person is saying by actively listening and acknowledging their feelings. Then, suddenly, “they’re an ally, even if it doesn’t happen at the moment,” he said.

This strategy is so effective because Reynolds explained: “You can’t address problems with other people unless you understand them.” Conflict resolution is a skill Reynolds picked up in his 20s during a skills-building workshop he signed up for on a whim. “I was a little bit lost; I was a little angry,” he recalled. “I wanted to get better … and I didn’t expect it to, but it changed my life.”

Mastering the art of conflict resolution has also helped Reynolds be a more effective communicator and build healthier, more productive relationships at work and in his personal life. “It’s changed every relationship in my life, and it’s changed the trajectory of my career and businesses,” he said.

Mastering the art of conflict resolution starts with showing appreciation for someone, actively listening to them, and emphasizing that you want to solve the problem together, workplace experts have told CNBC Make It.

“There’s still room for backstabbing someone and tasting the blood of your enemies,” Reynolds joked. “But it’s never going to be as effective as trying to understand somebody.”