10 Things You Must Know About Becoming a Millionaire 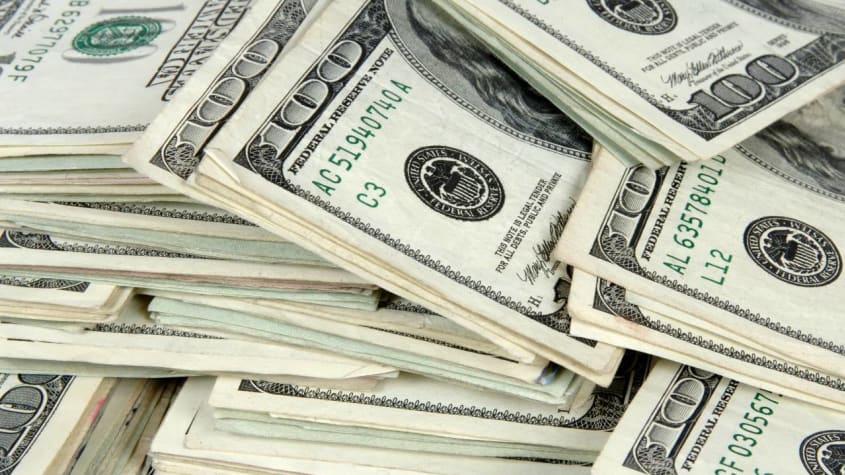 Note well that to be considered a millionaire by the standards of wealth research, a household must have investable assets of $1 million or more, excluding the value of real estate, employer-sponsored retirement plans and business partnerships, among other select assets.

That’s only one way to measure if someone’s a millionaire, of course. A net worth of $1 million also qualifies; subtract liabilities, including mortgages and car loans, from assets, including home equity and                        retirement savings, to determine your net worth.  Either way, hitting the million-dollar mark is no small feat.

Keep reading to see if you have what it takes to become a millionaire.

1. Most Millionaires Are Made, Not Born:—

Some folks figure that if they didn’t summer in Martha’s Vineyard or attend boarding school as a child, they have no chance of becoming a millionaire. But you don’t need rich parents to become a millionaire yourself.

Just like Oprah Winfrey and the protagonists of virtually every Horatio Alger novel, the vast majority of Americans with a net worth of at least $1 million were not born rich. In fact, just 1 in 5 millionaires received money from a trust fund or an estate, according to The Millionaire Next Door by Thomas J. Stanley and William D. Danko.

During his 30 years researching the wealthy, Stanley says he consistently found that between 80% and 85% of all millionaires are self-made. More recently, a 2017 Fidelity Investments survey indicated that 88% of millionaires built their wealth themselves.

Among our favorite rags-to-riches millionaires: Radio One founder Catherine Hughes, a teenage mom and college drop-out; Tastefully Simple CEO Jill Blashack Strahan, who grew up on a farm; and entrepreneur Ali Brown, who had less than $20 in her bank account when she launched her first marketing company in 1998.

Only 18% of those with a net worth of $1 million or more hold a master’s degree, while 8% have law degrees and 6% went to medical school, according to The Millionaire Next Door.

Seventy-four percent of millionaires do have an undergraduate degree, even if they didn’t stick around for their master’s or PhD, according to Spectrem Group, a consulting firm that specializes                         in wealth research and management.That number is 70.1% among the billionaire set, according to a 2015 Wealth-X census.

Don’t get us wrong: Many graduate degrees are worth the effort. The median annual salary of someone with a professional degree is $98,436 a year, according to the U.S. Bureau of Labor Statistics, versus $67,860 for the typical four-year college graduate. A high school grad earns just $40,612 annually.

3. Behold the Magic of Compounding:—

Wealth creation lies in compounding. Each year, your money can earn interest on both the original amount and the interest earned from the year before. More years equals more interest, and more interest means faster asset growth and an easier path to $1 million.

Thanks to the magic of compounding, a 20-year-old who saves $200 a month until retirement would have around $1,055,000 at age 65. That’s not bad for less than the cost of a monthly pizza tab in some households.

4. You Don’t Need to Be a Stock Market Wizard:—

When it comes to investing, most millionaires still have a lot to learn.

You don’t have to study finance or memorize stock tables to make a million. In fact, 58% of millionaires say they have a “great deal” to learn about investing, according to Spectrem Group, and 19% admit to knowing little to nothing                             about investments. This should give some comfort to those of us with index funds and Investing for Dummies books.

Despite that lack of expertise, millionaires do invest. Individual U.S. stocks and U.S. stock mutual funds are the favored investments. And the wealthy aren’t shy about soliciting professional advice: About two-thirds of millionaires report consulting with financial advisers at least to some degree.

###5. Even the Great Recession Couldn’t Knock Millionaires Off Course:—

There are more households in the U.S. with $1 million in investable assets now than there were in 2006, before the Great Recession hit.

Millionaires have fared well over the past decade-plus since the housing bubble burst and financial markets cratered. Indeed, the ranks of America’s millionaires has increased for 11 years in a row.

Today, there are 8.4 million U.S. households with at least $1 million in investable assets, up 56% from before the Great Recession, according to Phoenix Marketing International.

###6. You Don’t Need to Have a High-Paying Job to Become a Millionaire:—

You have a good but not high-paying job. Let’s say, for instance, that you write about millionaires on the Internet. You should forget about ever becoming a millionaire, right?

Actually, you should stick to your savings goals no matter what you do for a living. True, 13% of people with a net worth of $1 million-plus are managers, but 11% work in education, according to Spectrem Group. According to The Millionaire Next Door, about two-thirds of millionaires are self-employed, often in everyday professions ranging from pest control to property management.

No matter where you work or how much you make, what’s important is starting to save early and continuing to save over time. Take the case of Paul Navone, who never earned more than $11 an hour as a quality-control inspector at a glass plant.

Yet, the retiree accumulated more than $3 million, thanks to his unwavering savings discipline and sound investments.

It’s in no way too past due to make a million, however it takes extra money as you age. If you are forty five and haven’t any financial savings, you’ll want to place away $1,seven hundred every month with the intention to retire at sixty five with a fab million.

Try Kiplinger’s retirement financial savings calculator to parent out how lots cash you want to save.

### 8. You Can Find Millionaires in Some Surprising Locations:—   Although the New York metro vicinity is domestic to the maximum millionaire families, accompanied through L.A. and Chicago, Silicon Valley (especially the San Jose-Sunnyvale-Santa Clara metro vicinity) has the very best awareness of millionaires on a in keeping with capita basis.

An surprising 13.6% of the families boast investable property of $1 million or more, in line with Phoenix Marketing International.

But huge towns do not have a monopoly on millionaires. Small cities are magnets for rich residents, too. Topping the listing of tiny millionaire towns is Los Alamos, New Mexico.

The tiny metropolis approximately 35 miles northwest of Santa Fe is domestic to a central authority nuclear guns laboratory and some of chemists, engineers and physicists who pull down hefty paychecks. In general, 13.2% of the Los Alamos micro vicinity’s 7,567 general families are millionaires.

### 9. Even Millionaires Need to Save for Retirement:—

Millionaires worry about IRAs and 401(k)s and retirement plans in general – just like everyone else.    Indeed, according to Spectrem, 30% of millionaires are concerned they may not be able to retire when they want.

Even super-savers who already have more than a million saved in just their 401(k) plans continue to squirrel more money away, contributing an average 14.9% to their accounts, according to Fidelity.

The cliches happen to be true. Money can’t buy love, and it can’t buy contentment either.

A 2018 study out of Purdue University found that people generally get happier as they make more money, with an “optimal” range falling between $65,000 to $95,000. After that, at least as far as happiness is concerned, it doesn’t really get better.

Certainly, making more money than that will provide satisfaction and additional security. Instead, the study merely suggests that, say, a nurse making $95,000 a year is likely to feel just as happy as a higher-paid surgeon.