These 2 things Warren Buffett calls ‘the best protection against inflation’ 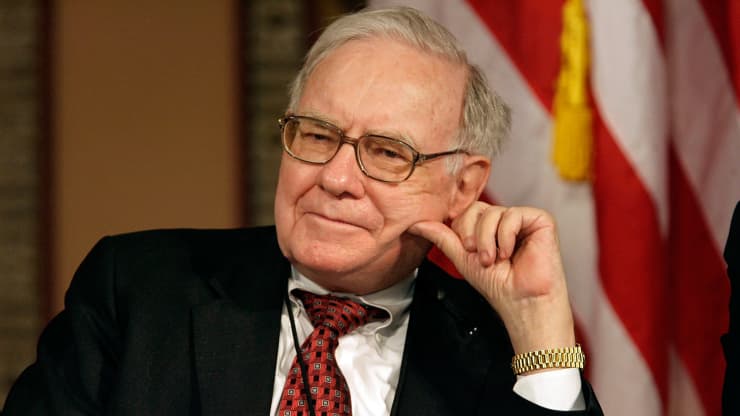 Consumer prices are rising at their highest rate in more than a decade, stoking fears that inflation may be poised to wreak havoc on the economy. This has left many average Americans wondering what it means for them.

Though some economists and other financial experts say that the current rate of inflation is nothing to worry about, shoppers are still                         bracing themselves for sticker shock this summer. Though individuals can’t avoid inflation, Berkshire Hathaway CEO and legendary investor Warren Buffett says there are two things people can do to help protect against it.

Back in 2009, at the tail end of the Great Recession, the Oracle of Omaha said at Berkshire Hathaway’s annual shareholder’s meeting that the best things a person can do to protect against inflation are to sharpen their skills and work to be at the top of their field.

In other words, being great at what you do will ensure that you receive your fair share no matter what is happening with the value of the dollar.

Ultimately, “the best thing to do is invest in yourself,” Buffett says.

The next-best course of action to protect against inflation, Buffett says, is to own a part of “a wonderful business.” That’s because no matter what happens with the value of the dollar, the business’ product will still be in demand.

He uses one of his own investments as an example: “If you own the Coca-Cola company, you will get a given portion of people’s labor 20 years from now and 50 years from now for your product and                          it doesn’t make any difference what’s happened to the price level,” because people will still pay for the products they like.

But rather than picking a single company to invest in, consider investing in low-cost index funds instead, which are far less risky. Buffett has long recommended that                                      investors put their money in these funds, which hold every stock in an index, making them automatically diversified. The S&P 500, for example, includes big-name companies like Apple, Coca-Cola and Google.

Buffett previously told CNBC that for people looking to build their retirement savings, diversified index funds make “the most sense practically all of the time.”

“Consistently buy an S&P 500 low-cost index fund,” Buffett said in 2017. “Keep buying it through thick and thin, and especially through thin.”