26-year-old CEO Alex went from dropping out of college to running a $4 billion company! Here’s his story 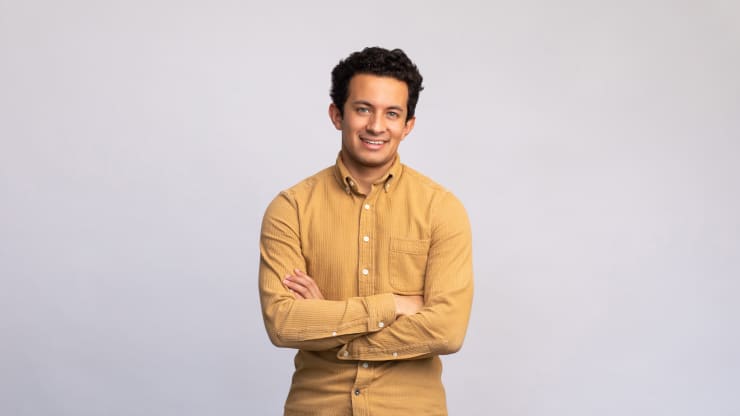 Six years ago, before he became one of the youngest CEOs of a public company in history, Alex Rodrigues was a college student wrestling with a tough decision: Stay in school or drop out to build a company from scratch?

It was “sort of risky,” Rodrigues, 26, recalls thinking. He and two friends at the Canada’s University of Waterloo couldn’t know if their business idea for self-driving vehicles would catch on. So, they broke down what they saw as the two most likely outcomes.

“Either you learn a lot, and it doesn’t work out and you go back to school,” Rodrigues says. “Or it goes well, and you end up doing what you would hope to do after school anyway, which is start a cool business in a really interesting industry.” In late 2015, with nearly $10,000 of financial assistance from their parents and a $25,000 entrepreneurship prize  from their school, the trio decided to drop out.

Today, they’re the co-founders of San Francisco-based Embark, a 200-employee self-driving truck start-up that went public in November via a SPAC merger and is now valued at more than $4 billion. That’s a far cry from an idea that started as a joke between mechatronics engineering students — and quickly grew into something more.

It started as a joke:—
In the summer of 2015, Rodrigues and his two friends — Brandon Moak and Michael Skupien, Embark’s other two co-founders — decided to build a self-driving golf cart in his parents’ garage in Calgary. It was an outlandish idea. Rodrigues joked that their futures could lie at Y Combinator, the famed Silicon Valley tech incubator. The group laughed, he recalls.

Rodrigues grew up competing on a youth robotics team. At age 14, he unsuccessfully tried to build a self-driving lawnmower. In college, studying mechatronics — a cross-section of mechanical, electronic, and electrical engineering — he and his friends built a much stronger grasp of the technology.

With help from their parents, who supplied the money to buy a $1,800 golf cart and an $8,000 LIDAR sensor, and    a place to work in Rodrigues’ garage, the three friends fine-tuned their design and software. Rodrigues’ godfather, a former employee at a GPS tech company, arranged for them to borrow a $30,000 GPS.

That July, the trio entered their golf cart into the University of Waterloo’s early-stage start-up pitch competition — and won it, netting them $25,000 in seed money from the school’s investment fund. They celebrated by driving                             the school’s president around campus, in what the university described as one of Canada’s first self-driving voyages.

Suddenly, Y Combinator felt very possible. The co-founders applied and were accepted into the incubator’s 2016 class of start-ups. The catch: They’d have to drop out of college if they wanted to attend. That’s “very normal” in Silicon Valley, Rodrigues says, but not in Calgary: “My parents had to explain this to people: ‘He didn’t quit. He has something to do.’”

A foot in the door:—
At Y Combinator, the co-founders shifted from building self-driving shuttles to developing software for commercial trucks to drive autonomously. It was a smart decision: Last month, investment firm Wedbush forecasted the market   to attract more than $750 billion in spending over the next five years. Through the incubator’s connections, Embark raised $2.1 million from investors. It was a foot in the door, and the company took advantage, ultimately raising more than $317 million in total before going public last month, according to a Crunchbase estimate.

The money helped transform the start-up’s self-driving technology: In 2018, a semi-truck guided by Embark’s software delivered a load of freight across the country, the first-ever coast-to-coast trip made by an automated truck. A human driver was present in the truck’s cab for the whole trip, ready to take the wheel if necessary.

Skupien left the start-up in 2017, but Moak remains by Rodrigues’ side as Embark’s chief technology officer. And even though Embark’s stock has dipped by roughly 5% since the company went public, likely a standard sign of post-merger                         volatility, Rodrigues today is still one of the youngest people to ever run a multibillion-dollar company.

No regrets about dropping out:—
Whirlwind aside, Rodrigues may have to focus up quickly. Competition is coming, and it’s expected to be fierce. Multiple other autonomous trucking companies also went public this year, including competitors TuSimple and Aurora Innovation in April and November, respectively. Rodrigues says he thinks Embark can beat those competitors   to launching fleets of fully autonomous commercial trucks across the country by 2024 — this time, without the need for a human driver behind the wheel.

It’s already starting on a smaller scale: Trucks using Embark’s self-driving software are slated to haul freight for clients between Houston and San Antonio next year. The potential to be on the leading edge, Rodrigues says, is why he doesn’t regret leaving college early — and why he and Moak might take their time before finishing their degrees.

“We said to ourselves: This is an amazing opportunity, this technology is incredibly cool,” Rodrigues says. “And if we wait three years to graduate, the moment will be passed.”