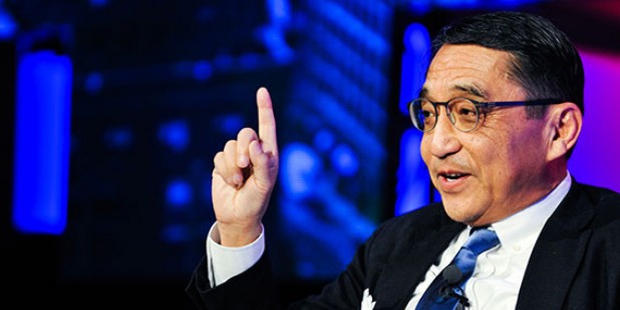 The duo of Silas and his close friend Lawrence Stroll made the now popular clothing brand, Tommy Hilfiger rise from the shadows. Currently, as of 2015 and according to Forbes, Silas Chou is ranked 737 among the world’s richest men and ranks 23rd in Hong Kong.

###Childhood:— Silas Chou hails from a renowned family of textile manufacturers. His father Kuang Piu Chao was in the same business before him, and he too like Silas managed Novel Enterprises Limited – the world’s largest vertically integrated textile manufacturer. He completed his schooling at the renowned Wharton Business School in Pennsylvania.

###Early Career:—   Driven from the very beginning like his father before him, Silas Chou joined the textile business with his family-owned Novel Enterprises about forty years ago. Today he serves as the President and CEO and is responsible for the brightest phase in the company’s history.

Career:—  Silas Chou was born to be in the textile and apparel industry. In 1989 he collaborated with his long-time friend Lawrence Stroll formed Sportswear Holdings to acquire Tommy Hilfiger. After 3 years, reports showed that the company valuation had grown from  $25 million to $2 Billion, and it is considered to be the most successful apparel company to this very day.

The other most significant milestone in his career would be the acquisition of Michael Kors Corporation. He took it public in 2011 and by 2014 the valuation of the company had gone up to $15 billion.

Career Highlights:—-   Besides Novel Holdings and Sportswear Holdings he owned and operated Poloco SA, served as the CEO of AIHL Investment Holdings Limited, co-chaired at Asprey International Limited, served as Chairman of The Board at Pepe Jeans London Corporation, and also served as the director of Sino Splendid Holdings.

Besides the apparel industry, Mr. Chou and his family are  involved in the establishment of the award-winning airline operating passenger, Dragonair. Through his diversified and fresh approach to business, he has managed to keep his family business alive and thriving which many others fail to do.

Personal Life:—-   Silas Chou is married to Celia. They have two children – Vivian and Veronica. Veronica Chou is the President of Iconix China a Hong Kong-based fashion apparel company and Vivian oversees the functioning of the business.

Achievements:— Silas Chou was made the Honorary Chair for Met Gala 2015 and his exemplary career has earned him a place on the board of Wharton School Business.