Elon Musk, Bill Gates & Mark Cuban quit these ‘3 bad habits’ before becoming successful. You should too 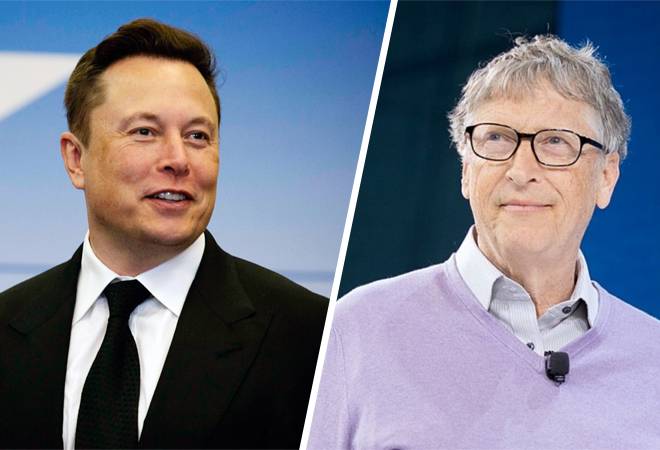 Habits and routines are powerful. They help us every day, freeing up brain space and releasing us from making countless decisions. But not every habit is good, and not breaking a bad one can hold you back from success.

If you’re struggling to overcome certain vices, take some inspiration from Bill Gates, Elon Musk, and Mark Cuban. The three billionaires are successful now but have all had to quit common bad habits throughout their careers.

Bill Gates the procrastinator:—
Find yourself putting things off until the last minute? So did a young Bill Gates. The Microsoft co-founder was a heavy procrastinator during his undergraduate years at Harvard University. (Gates dropped out after two years.) “People thought that was funny,” he told students at the University of Nebraska-Lincoln’s College of Business Administration. “That was my positioning: the guy who did nothing until the last minute.”

The now-billionaire received a sobering reality check when he entered the business world, where deadlines must be met and timeliness is prized. “Nobody praised me because I would do things at the last minute,” Gates said. As a result, he tried to “reverse” this habit and become more like the students he knew in college “who were always organized and had things done on time.”

He’s still a work in progress, Gates says, but admits that “procrastination is not a good habit.” If you find yourself getting side-tracked at work, try this tip from “Shark Tank” star Kevin O’Leary: Stick to a set schedule. “Prioritize every 15 minutes of your day,” he advises. Also, ask yourself if what you’re doing is making you money. “That makes it easy to snap out of it,” says O’Leary.

Elon Musk the caffeine addict:—–
The Tesla founder recently copped to working 120 hours a week, leaving little room for shuteye. To compensate for this sleep deprivation, Musk used to drink large amounts of caffeinated beverages. “There were probably times when I had like eight [diet cokes] a day or something ridiculous,” Musk told the German automobile magazine Auto Bild in 2014. “I think these days it’s probably one or two, so it’s not too crazy.”

He also struggled with a coffee addiction. “I used to have so much coffee…that I’d get wired,” said Musk. “I’d get over-caffeinated and it wouldn’t be good.” Health experts say that consuming too much caffeine can increase anxiety and stress levels and creates a toxic cycle of fatigue, which leads to increased coffee consumption, which impairs your sleep, which leads to   more fatigue the next day, which leads to more caffeine consumption.

Instead, take a page from Musk and swap out a daily coffee for some good ol’ H2O. If you can’t quit cold turkey, slowly decrease the number of caffeinated beverages you consume each day.

Mark Cuban the bad communicator:—-
Yelling is not an effective way to get your point across. Mark Cuban had to learn that the hard way in his 20s. “I would yell at my partner [Martin Woodall],” Cuban admitted on “The Jamie Weinstein Show” podcast. The two co-founded the early computer systems venture MicroSolutions and would butt heads over how best to run the company. “We could drive each other crazy,” Cuban wrote  on his blog. “He would give me incredible amounts of s— about how sloppy I was. I would give him the same amount back because he was so anal he was missing huge opportunities.”

In time, Cuban learned that yelling did more harm than good. “That just increases stress,” he said on the podcast. “When you increase stress — the people around you, productivity, profitability [and] competitiveness decline.” To be an effective leader, you must be able to get your ideas across and receive buy-in from those around you. LinkedIn CEO Jeff Weiner says there’s even an interpersonal skills gap in the labor market across the United States.

Luckily, communication is a skill you can learn. Pay attention to your tone of voice, facial expression, and gestures, and make sure to listen more than you’re talking.