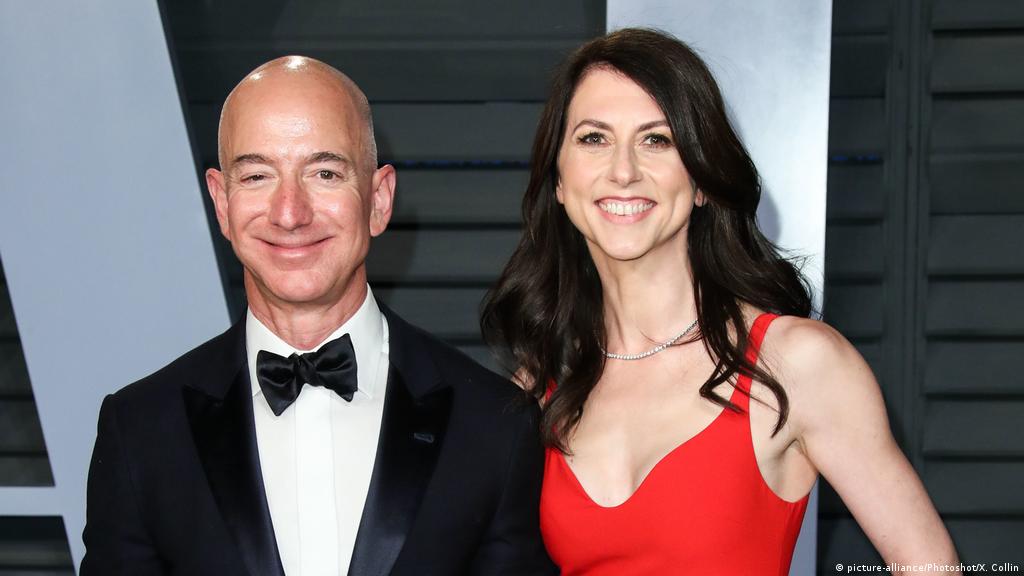 You are built on the pillars of creativity, single-minded focus, and a will to provide the highest consumer experience. Success is like an iceberg. You see the tip of it shining. What you don’t see is the portion underwater facing the odds.

When you think of Amazon, it’s all about experiments, invention, innovation, creativity, and customer satisfaction. Jeff Bezos, the founder and CEO of Amazon, is the wealthiest person in the world, with a net worth of $179.6 billion. He owns a rocket company  ‘Blue Origin’ and ‘Washington Post’ newspaper.  The road to success for Jeff Bezos wasn’t butterflies and rainbows.

Jeff was born in Mexico to a teenage mother, Jacklyn, and a father, Ted Jorgensen. The marriage just continued for over a year. She later remarried Miguel Bezos in 1968. Jeff was four years old at that time. As Jeff grew up, he developed an interest in computer science. After completing his graduation, he got offers from Intel and Bell labs. Jeff denied them all.

He joined a startup- Fitel but later decided to quit and join Bankers Trust. By 30, Jeff Bezos was already drawing a six-figure salary. Many would call him a successful person, but he had other plans. One day while surfing the internet, he found that the web world is growing by 2300%. Moving out of his comfort zone, he left his lucrative job at DE Shaw and Company and started his own company.

###Why is Amazon so successful?

The determination that went into accomplishing this dream is momentous. Amazon came into existence through a continuous quest to build a quality organization. Amazon was built on the pillars of strength of character, single-minded focus, and a will to provide the highest consumer experience to every person associated with the company.

Jeff Bezos went on to build a web retailing system while the world was still wondering how the internet could function. The key focus for Amazon has never been to defeat competitors. Instead, it focuses on helping consumers and building value for them. This keeps them engrossed in implementing their plans and policies.

###What vision does Jeff Bezos have?

In his open letter to the public (Amazon annual shareholder letter), Jeff Bezos describes his vision. Here’s an extract from his letter. “From very early on in Amazon’s life, we knew we wanted to create a culture of builders – curious people, explorers. They like to invent. Even when they’re experts, they are “fresh” with a beginner’s mind. They see how we do things as just the way we do now.

A builder’s mentality helps us approach ample, hard-to-solve opportunities with a humble conviction that success can come through iteration: invent, launch, reinvent, relaunch, start over, rinse, repeat,  again and again. They know the path to success is anything but straight. It’s critical to ask customers what they want, listen carefully to their answers, and figure out a plan to provide it thoughtfully and quickly (speed matters in business!).

No business could thrive without that kind of customer obsession. But it’s also not enough. The biggest needle movers will be things customers don’t know to ask for. We must invent on their behalf. We must tap into our inner imagination about what’s possible.”

###What are Jeff Bezos’s failures?

There are many ventures that Jeff experimented with and initiated, which failed terribly. But that’s the culture of growth.  If you aren’t falling and making mistakes, you aren’t doing anything important. Fire phone is one such example of Bezos’s experiment. This project resulted in a loss of $170 million. Despite all efforts, the fire phone couldn’t compete with Android and iPhone. Another major failure was Amazon Local.

This was an initiative to provide a daily deal which did not come off well. Others on the list are Amazon wallet, Amazon local registers, Music importer, Test Drive, Amazon WebPay, Endless.com, Askville, and many more. Bezos says that experiments that do work out, such as Amazon Kindle, Amazon Prime, AWS, and others, are so successful that they pay for failures.

The key focus for Amazon has never been to defeat its competitors. Instead, it focuses on helping consumers and building value for them. This keeps them engrossed in implementing their plans and policies. Under Jeff’s thought leadership, the group employed over 1.3 million talented and dedicated individuals while keeping invention as its core focus.

With the onset of February 2021, Bezos declared that he would be stepping down as the CEO of Amazon soon to ensure an adamant focus on other projects. It has been estimated that Amazon’s Web Services head Andy Jassy will take charge as the CEO. Addressing his employees across the globe through a heartwarming email, Jeff Bezos revealed his plan to develop a brand new product line while putting his complete confidence in Andy’s future leadership roles.

Jeff’s career trajectory illustrates that an idea will always remain an idea until you try that out. It may fail. It may succeed. But if it grows, who knows? Anyone can be at the pinnacle of success.