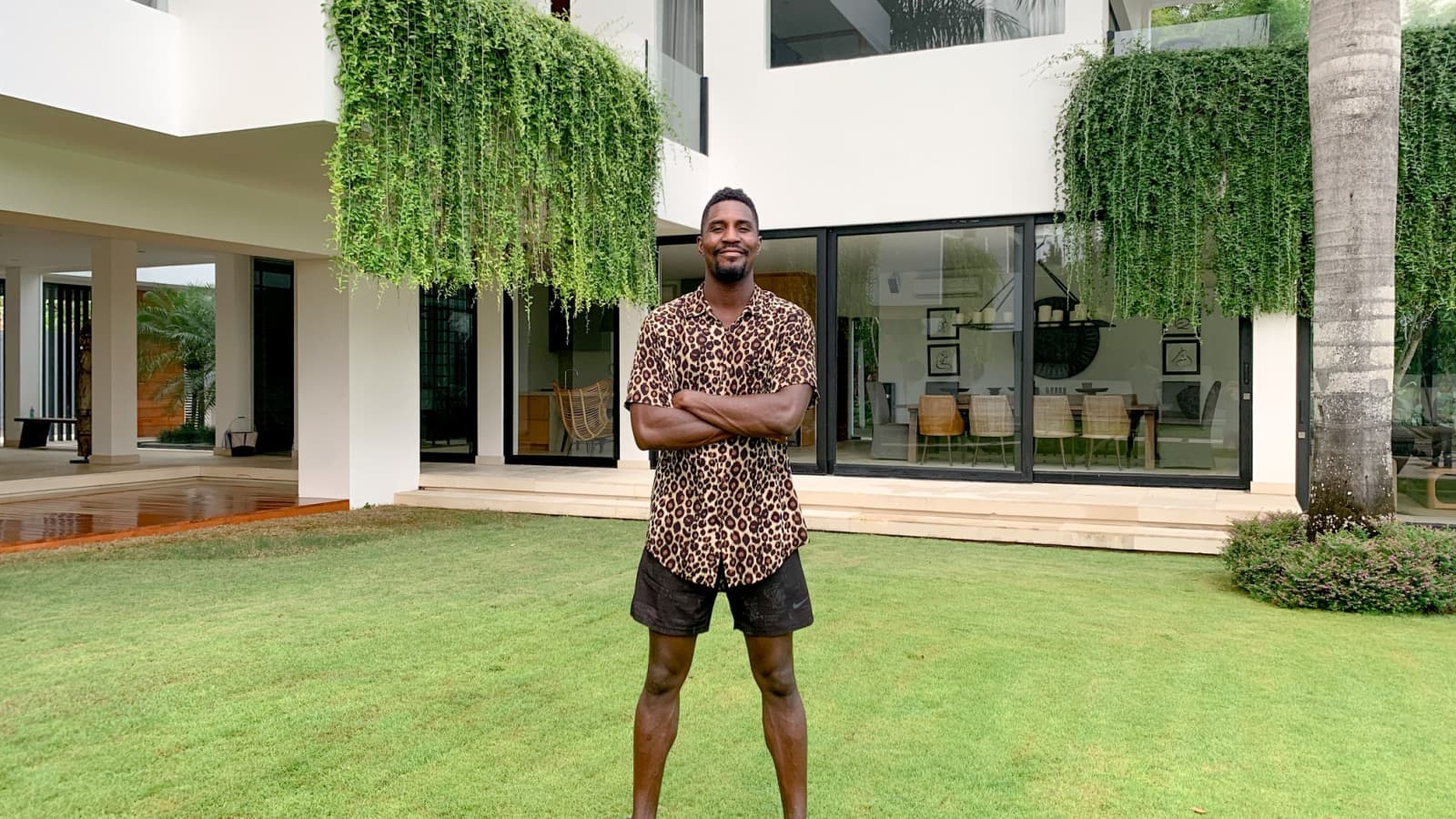 Olumide Gbenro has never called one place “home” for long. The 33-year-old entrepreneur grew up in Nigeria until he turned six when his minister’s parents decided to move to London.

Then, seven years later, the Gbenros were granted visas to immigrate to the United States through the country’s green card lottery — so Olumide, his parents and two siblings relocated to Columbus, Ohio. “Being a person of colour, I felt that there were certain times in my life where I just didn’t feel valued as a human being,” Gbenro tells CNBC Make It of growing up Black in the Midwest. “I always felt left out.”

Gbenro wanted a creative life: one that was filled with travel, art and opportunities to meet people from all corners of the world. But his parents wanted him to become a doctor, lawyer or engineer. In 2016, he finished his double master’s degree in epidemiology and behavioural science at San Diego State University. He was caught between two paths: going to medical school and becoming a doctor or travelling the world.

“All of my life, I just followed the rules, whether it was from my parents, religion or society,” he says. “But deep down, I knew that if I took the position in the PhD program, I could never go back, I could never travel abroad … I’d be stuck to a lab, so I decided to say ‘no.’” Gbenro packed up all of his belongings and left the United States to see the world – but it would take him years to land in Bali, his forever home.

Becoming a digital nomad
Gbenro’s first stop was Berlin, where he had friends from graduate school. He spent three months on a tourist visa bouncing between friends’ couches and hostels.

When Gbenro left the United States, he had “almost zero savings and no plan.” He quickly grew his Instagram following, posting travel tips, dance videos and other content. Gbenro decided to monetise his hobby: He would message other creators and businesses on Instagram and offer to help them improve their social media strategy for a fee (often $250).

Starting a small business was “really tough in the beginning,” Gbenro recalls, but soon he had a full roster of clients and enough income to make social media his full-time job. He took an online course in social media marketing that helped him structure his business, and an old friend in San Diego referred him to his first two clients.

Once his visa expired, he travelled to Mexico for four months and then returned to San Diego. “But I realised I wasn’t happy living in America,” he says. “There was something about living in America that made me feel like I wasn’t growing.” He continues: “As a Black man, there was a psychological trauma and pressure I felt living there, especially as an immigrant too, feeling like I didn’t fit in.”

Gbenro officially launched his social media marketing business, Olumide Gbenro PR & Brand Monetization, in 2018 while he was still in San Diego, collaborating with celebrity chefs, real estate agents, business coaches and more. Though he was thriving at work, Gbenro still craved a change. One afternoon he was scrolling through Instagram and stopped on a photo of one of his friends traveling in Bali. She was relaxing on a beach, surrounded by lush palm trees, with a coconut in her hand. ’It looked like the perfect place to live,”

Gbenro says. “The difference between Bali and every other city I researched is that it seemed very peaceful – all the locals, in photos online, looked genuinely happy and like they spend a lot of time in nature.” In 2019, he found an apartment in Bali through an acquaintance on Instagram, booked a one-way plane ticket and never looked back.

‘I’m living a life of luxury.’
Since moving to Bali, Gbenro has been able to spend more on travel, dining and other hobbies, as well as boost his savings. “I’m never worried about money anymore because Bali has a much lower cost of living than the U.S.,” he says.

For his first nine months in Bali, Gbenro used a tourist visa. Indonesia offers tourists a single entry visa that is valid for 60 days and allows for four 30-day extensions, adding up to a six-month stay. Gbenro would fly to Singapore or Malaysia for brief trips once his visa expires, then renew it upon his return.

Soon after, he switched to an investor visa, which requires proof that you contribute to the local economy. Gbenro expanded his marketing business to help people advertise their properties in Indonesia to qualify for the visa, which he renews with the local government every two years.

As an entrepreneur, Gbenro earns about $140,000 per year. In addition to his consulting business, Gbenro hosts several conferences for digital nomads, including the Digital Nomads Summit, which attracts thousands of people and will be hosted in Bali this September. His most significant expenses are his rent and utilities, which are about $1,010 monthly. Gbenro lives in a one-bedroom apartment in a building with a private gym, pool and restaurant downstairs.

He spends about $600 each month on takeout and eating out, often ordering food from local restaurants on a popular app called Gojek. Gbenro’s other more significant expenses include health insurance, transportation (he rents a motorbike) and travel. Gbenro likes to travel at least once each month and often ventures to Uluwatu, a small region on Bali’s southwestern tip famous for its surfing. “I’m probably spending about the same amount of money I would like each month if I was living in San Diego, but my quality of living is much higher,” he says. “I’m living a life of luxury.”

Falling in love with Bali
Gbenro says the most challenging part of building his new life in Bali was battling loneliness. “I was going to the beach every day, drinking coconuts and seeing beautiful sunsets, but I lived by myself and didn’t have friends here,” he explains.

Once he started visiting co-working spaces in Bali and attending in-person networking events, Gbenro says it became much easier to build close friendships with other ex-pats and locals. He knows conversational Indonesian but says many people living in Bali also speak English.  “I’ve been loved and welcomed by the Balinese,” he says. “Everyone’s always smiling – there’s a genuine, heart-centred tone here that you can’t get anywhere else.”

Gbenro says he doesn’t experience the same discomfort and discrimination he faced in the United States either. “Bali doesn’t have the same history as America with racism and discrimination — in my opinion, they’re more accepting to foreigners and people from different backgrounds … people just look at me as a fellow human being, not a Black man.”

He has embraced some of the local traditions in his everyday routine, too: each morning, he wakes up at 8:00 a.m. and meditates before brewing a cup of tea and checking his email. Meditation has long been part of Hinduism, a popular religion in Bali.“It’s the best decision I’ve ever made,” Gbenro says of moving to Bali. He plans to spend the rest of his life in Bali and own houses in San Diego, Turkey and the Caribbean that he can visit a few times a year. “Something about Bali grounds me here,” he says. “It finally feels like home.”