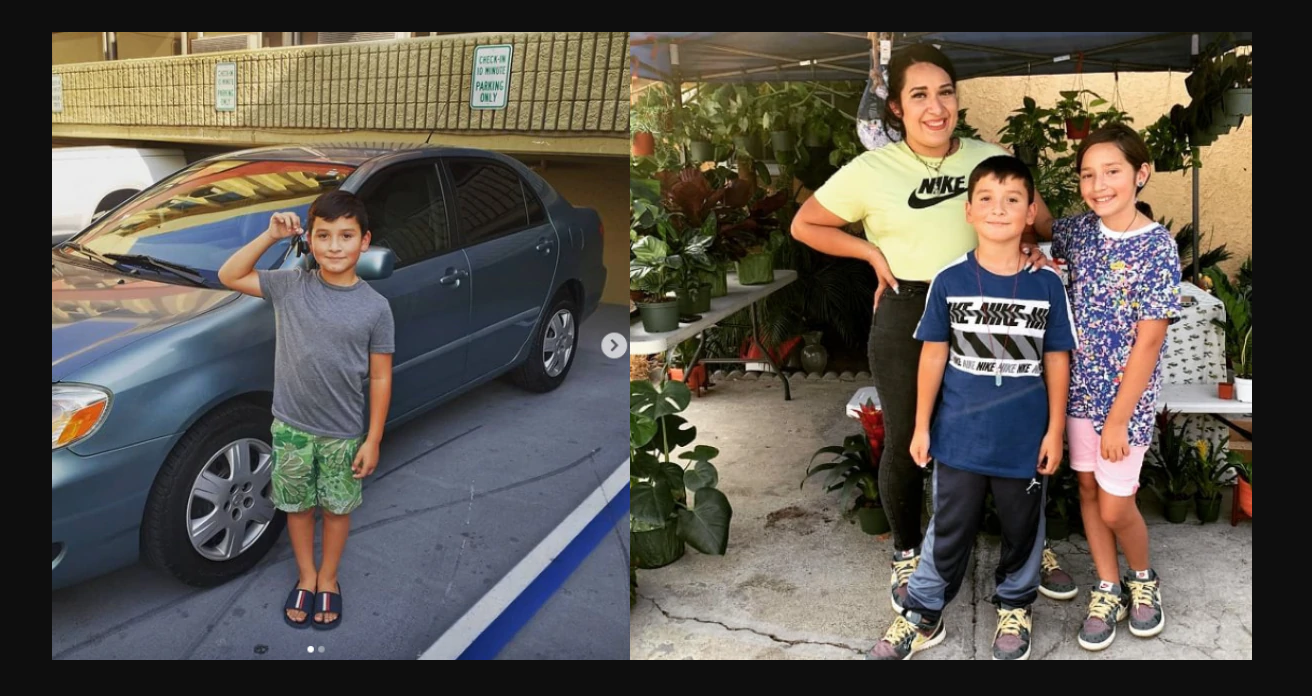 His family was down to their last $12 and living in a shed. At only eight years old, he took matters into his own hands and founded Aaron’s Garden, his own plant business. He was able to help his family move into an apartment and buy his mom a car.

The pandemic has been complex for many families; millions are out of work and struggling to keep food on the table and a roof over their heads.

One California-based family was in dire straits. They were down to their last USD 12 and didn’t know where to turn or what would happen next. But now, they have a new car and a new home —and they have an eight-year-old hero to thank for their reversal of fortune!

Aaron Moreno, his mother, and two other family members were in a bad place. They were living in a shed in East Los Angeles. At only eight years old, Aaron decided to take matters into his own hands. He founded Aaron’s Garden, his own plant business, in June, KABC reported.

“He came [up] with the idea of selling plants and starting a business in his yard to be a provider, and [to] buy his own Hot Cheetos with cheese without having to ask his mom for money,” a GoFundMe supporting Aaron said.

The business, like the goal, started small – at first, Aaron had eight little plants.

But business constantly improved, and then he earned some fantastic cash, in addition to $31,000 raised from GoFundMe. His mom also got a part-time job, and now the family is in a new place. Literally! “I feel happier because we don’t have to struggle as much as before,” —AARON TOLD KABC

In October, he bought his mother a car, and, a month later, the family moved out of their shed and into an apartment. “I never thought we could accomplish and come this far… we couldn’t believe that we got a house,” mom Berenice Pacheco told KABC. “I admire him for everything he has been able to do that I haven’t as a mom.”

In excellent news, the net income also means Aaron’s sister Ayleen Pacheco was able to move back to California to be with her family after two years in Mexico, where she’d been living with her grandmother because of her family’s money problems.

I’m just so proud of my brother because he was the one who got me back.  —AYLEEN TOLD KABC

Now Aaron is using the family’s new garage for Aaron’s Garden. “I think the best thing for me.. well, everything has been the best but is that Aaron got to reunite us with his older sister with the money he received,” Pacheco told KABC. “And he’s just been doing everything for us. And he’s like the man of the house.”

Facing adversity with an empowered mindset

Aaron’s determination and mindset remind us that, when faced with seemingly insurmountable challenges, we can choose to focus on what we can control. When we start taking action, even baby steps, we realize how resourceful we are. And those baby steps can end up moving mountains.