Billionaire Jim Koch gave up a six-figure job to launch Sam Adams: ‘If you’d rather be rich than happy, you’re a sociopath’ 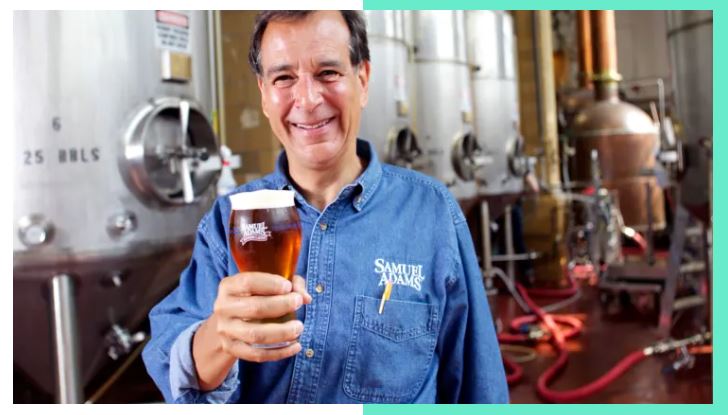 Quitting your job to start a small business could be one of the most significant — and scariest — decisions you ever make. But if you’re Jim Koch, the founder, and chairman of Boston Beer Company, it could be as simple as choosing to be happy.

When Koch launched the Samuel Adams beer brand in 1984, he was a 34-year-old Harvard graduate who quit a consulting job with a six-figure salary to brew beer in his family’s kitchen using an old family recipe. “If you’d rather be rich than happy, you’re a sociopath,” Koch tells CNBC Make It. “And, I was not a sociopath. I chose happily.”

Today, Koch has a net worth of $1.5 billion, and his company pulls in more than $2 billion in annual revenue. But 38 years ago, the ex-Boston Consulting Group employee was hoping to carve out a niche as a small craft brewer in a beer market dominated by huge conglomerates, most of which were based overseas.

Leaving behind a high-paying job to take that chance was a huge gamble, but Koch says he didn’t see it that way. In his consulting gig, Koch says he often told clients to consider one question when deciding whether or not to launch a new business or product: “Is your product better or cheaper than the alternatives? If it’s [neither], you have no reason to exist.”

Suddenly, he was asking himself that same question, he says. His father’s opinion was that launching a small-scale brewery “was about the dumbest f–ing idea he’d ever heard,” as Koch previously told CNBC. Now, Koch says he was confident in his plan for a straightforward reason: At the time, the bigger brewers were selling a substandard product. Simply put, he felt he could brew better beer.

“The fundamental insight was: ‘I can make the best glass of beer available to the beer drinker in the United States. There has to be a market for that,’” he says.

Koch says his original business plan was to spend five years growing Sam Adams to produce 5,000 barrels of beer each year, or “1/40,000th of the U.S. beer market” at the time. By his calculations, the company would bring in $1.2 million in annual revenue. That was good enough for him: Making a decent living brewing beer he was proud of would be worth sacrificing a large chunk of his annual income, he says.

As the company has grown, so has Koch’s compensation. In 2021, he received $463,332 in total compensation as chairman of Boston Beer, according to an April proxy statement filed with the U.S. Securities and Exchange Committee. Koch also owns an 18.5% stake in the company, which boasts a market value of $4.04 billion as of Tuesday afternoon.

It might sound like he wound up with the best of both worlds, but the Boston Beer chairman says he would be even happier if his initial vision for a more petite Sam Adams — a regional craft brewer with just a handful of employees — had come to pass.

For example: With Boston Beer, a multibillion-dollar company, Koch travels more than he’d like. In 2019, the last full year before the Covid-19 pandemic, he says he took roughly 190 flights for work. “Four flights a week,” he says. “I’m gone a lot [and] travel is hard.”

It’s a difficult question to answer, and one Koch says he’s still wrestling with. “Am I happier because of all this success than I would have been had it just unfolded as I contemplated?” he asks. “It’s a flip of the coin.”