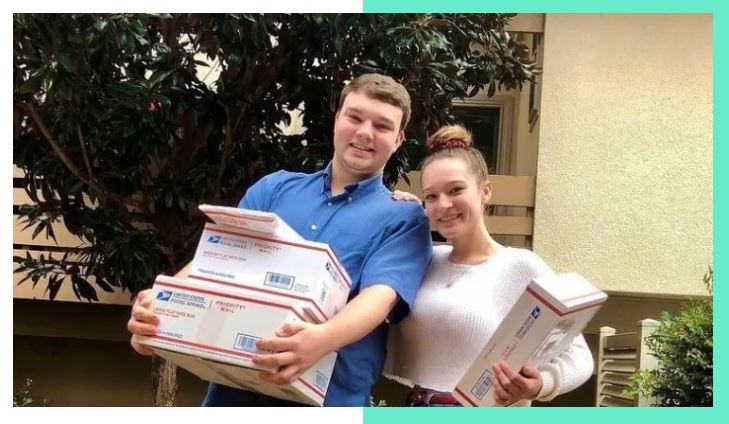 At first, Kaycie Morwood wanted to get rid of her old clothes before starting college. That was the origin of her online store on Poshmark, a marketplace platform for buying and selling clothes and home goods.

During her first semester at California State University, East Bay, she made only $400 in sales. But after studying trends and sellers’ strategies, she learned how to flip clothing from thrift stores and made her casual side hustle profitable.

Since launching her store in June 2016, Morwood has earned $30,000 on the platform, according to documents reviewed by CNBC Make It. For five years, she saved those earnings. Last August, she spent $17,000 of them — plus a $2,000 gift from her parents — to cover her entire wedding.

“It felt perfect to have the extra money, some wiggle room in my budget,” Morwood, 24, tells CNBC Make It. “I didn’t have to stress about my wedding putting me in debt.”

Today, Morwood is a full-time biomedical researcher with a salary of $55,000 per year. She commits two hours weekly to her side hustle, earning an additional $7,000 last year. “It takes about two minutes to set up. Then I’ll go watch Netflix, work out or go to my daytime job,” she says. “Then at night, when I’m laying in bed, I just answer questions, edit listings, and do easy maintenance work.”

Morwood has also found success selling different items on other platforms, including Facebook Marketplace and Mercari, resulting in an additional $8,000 savings. Here’s how she uses data to navigate those reselling markets and what she plans to do with the rest of her savings.

A very lucrative pink puppy
In her side hustle’s early days, Morwood says she spent months casually selling clothes she already owned and silently stalking other users’ stores to figure out how to expand her own. She also needed a fashion education: Wearing school uniforms through eighth grade left her out of the style loop, she says

“I wore the same outfit every day for nine years, so I wasn’t in tune with fashion,” she says. “I quickly learned people are biased toward brands.” In March 2017, she had her first big break with an $8 Victoria’s Secret PINK Princess dog. Another seller was trying to get rid of a set of the logoed, magenta stuffed pups. Based on prior research, Morwood figured she could buy the largest one from the group and resell it for $50.

After buying the dog, she did some more research — and found that it was going for more than $1,000 on other resale apps. She immediately listed it on Mercari, a Japanese reselling platform geared toward gifts and toys, for $2,000. It eventually sold for $1,200. Morwood later learned that it was one of only 20 ever made. “It taught me that anything is possible regarding reselling,” she says.

Reselling like a data scientist
Despite earning more than $1,000 from the stuffed animal, Morwood says she primarily sticks to selling clothes. The buyer base on Poshmark is more significant: It has roughly 80 million monthly users, according to its website. For comparison, Mercari says it had 19 million monthly users last year.

Poshmark’s search function also lists the prices of frequently sold items, which helps Morwood continually adapt her resale strategies. She says that her constant monitoringenabledat data helped roughly double her revenue every year from 2017 to 2020.

Now that the wedding is over, she’s putting about $6,000 of her savings per year into a Roth IRA, and putting the rest toward the couple’s mortgage, she says. The side hustle’s success has even inspired her husband, Drew, to start his Poshmark store. Their new house has a second bedroom dedicated entirely to Poshmark inventory, Morwood says.

The work comes with challenges. Some features on the app make it hard for sellers to defend themselves. Morwood says: When cases are opened against sellers, typically for damaged or stained clothing, the seller gets put in a group chat with a Poshmark representative and the buyer. The buyer almost always wins,

As a preventative measure, Morwood says she takes photos of every piece of clothing before it’s shipped to confirm it was clean and intact when sold. In some instances, Poshmark has refunded the buyer and still paid her for sale, she says.

The other challenge is time. She says that if it were up to her, she’d quit her full-time job and pursue selling clothing full-time. “The biggest con of my side hustle is: I like it more than my full-time job,” Morwood says. “If I get my closet up and going to the point where I’m making five figures a year, then I would feel comfortable leaving my full-time job.”

Billionaire Jim Koch gave up a six-figure job to launch Sam Adams: ‘If you’d rather be rich than happy, you’re a sociopath’