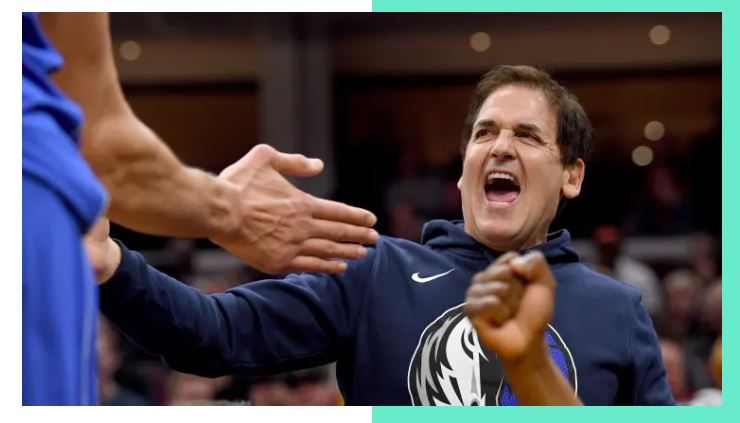 When Mark Cuban was in his 20s, he wanted to get rich and retire by age 35. He succeeded in the first part: At age 32, Cuban sold his first company, a computer consulting business called MicroSolutions, for $6 million. But today, the 64-year-old is still working.

And on a recent episode of the “Re: Thinking” podcast with Wharton psychologist Adam Grant, Cuban admitted there’s a reason he hasn’t stopped investing, starting new companies, or helping run the NBA’s Dallas Mavericks.

“I’m not retired because I’m too competitive,” Cuban said. Cuban said his competitiveness had evolved over the years: When he was 25, his goal was to “get rich” as quickly as possible. “That drove the decisions I made,” he added.

But selling MicroSolutions caused his mindset to shift, he said. As his career gained traction, he felt his increasing influence in the business world was like a game he could continue to win. “Every entrepreneur [in] the back of their mind says, ‘I want to be that entrepreneur that disrupts an industry and changes it,’” Cuban explained. “What’s better than that?”

Plus, the more competitive you are, the more likely you find retirement dull. Retirees of any age often engage deeply in their hobbies or find volunteer opportunities to pass the time.

Kevin O’Leary, Cuban’s co-star on ABC’s “Shark Tank,” has spoken about a similar dynamic. In 1999, O’Leary and his co-founders sold Softkey Software Products — later called The Learning Company — to the Mattel Toy Company for $4.2 billion. O’Leary promptly retired at age 36 and ultimately regretted it.

“I achieved great liquidity, and I thought to myself, ‘Hey, I’m 36, I can retire now,’” O’Leary told CNBC Make It in 2019. “I retired for three years. I was bored out of my mind.” O’Leary came out of retirement for the same reason Cuban won’t quit: Working provides him with challenge and a sense of identity, he said.

“Working is not just about money,” O’Leary, 68, said. “Work defines who you are. It provides a place where you’re socializing with people; it gives you interaction with people all day long in an interesting way. It even helps you live longer and is very good for brain health.”

In 2014, a study published by the National Bureau of Economic Research found that working past age 60 can keep you mentally agile and socially engaged. Cuban doesn’t seem like he’s planning a full-scale retirement anytime soon: Earlier this year, he launched an online pharmacy called Cost Plus Drugs aimed at lowering the prices of prescription drugs.

He also remains actively involved with the Mavericks and still stars on “Shark Tank” — though he’s dropped hints about potentially leaving the TV show within the next couple of years. The decision to create Cost Plus Drugs shows how much Cuban’s mindset has changed since he was 25; he told Grant: Instead of chasing the business idea that could make him the most money, he’s trying to maximize the social impact that a financially sustainable business can have.

“If I’m 25 and I’m doing this again, I’m probably [thinking], ‘OK, what can I do to get acquired?’” Cuban said. “But now … the marginal value of my next dollar is [minimal]. It’s not going to change my life a lot. So my decision-making process is completely different.”