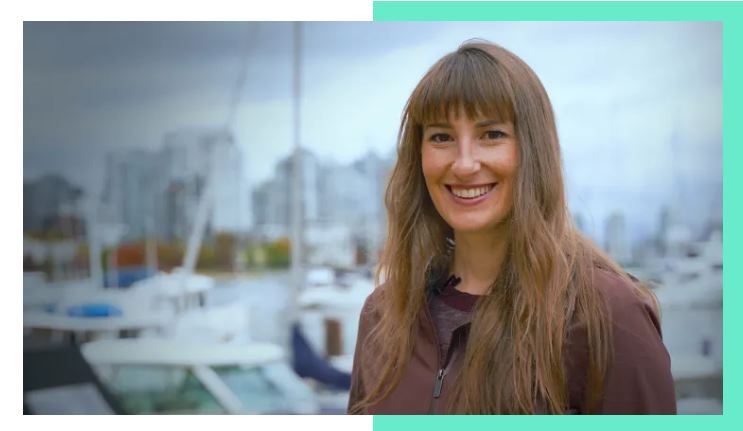 Amberly Grant knew she wanted to be a millionaire from a young age. She didn’t know then that she’d be nearly there by mid-thirties.

Growing up the daughter of an artist and a children’s caregiver in Ottawa, Canada, it wasn’t hard for Grant to intuit that money was scarce. “My mom would always say, ‘I don’t even have a dime,’” Grant remembers. Meanwhile, her father’s favorite money refrain was that “he’ll work till the day he dies.”

For Grant, now 34 and living in Denver, her parents’ financial attitudes significantly impacted her. “I don’t want a life where I’m constantly worried about whether my car will break down, so we have to take the bus. I didn’t want that stress,” she recalls thinking.

These days, Grant pulls in $145,000 a year, plus a performance bonus of up to 20%, as a senior project manager at a tech company and earns another $78,000 in annual income from two local rental properties in Denver.

Because her real estate portfolio is enough to fund Grant’s lifestyle, she considers herself financially independent, meaning she could leave her job and retire early if she wanted to. However, Grant has no plans to do that just yet. All told, between her properties and her retirement savings, Grant has a net worth of about $835,000. Here’s how she did it.

Establishing a habit of saving
Grant worked about 20 hours a week at restaurants and bakeries during high school and, by 19, had saved around $6,000. A friend of her father gave her an old car that the dealer didn’t want back, and Grant spent $1,800 fixing it up before hitting the road to Los Angeles.

She got a job waiting tables in Hermosa Beach, a gig that paid about $20,000 a year. It wasn’t much, but it was far more than Grant needed to live on. Her rent was just $250 a month — the product of sharing a 3-bedroom apartment with six other people.

I always worked with people who made just as much money as me, but they never saved the same amount as I did.  ——-Amberly Grant

Grant was even able to put money away for the future. “I always worked with people, and they made just as much money as me, but they never saved the same amount as I did,” she says. Consistently saving wasn’t about seeing a significant number in her bank account just yet. Instead, it meant the freedom to follow life wherever it led her: “I would take time off and travel and live abroad.”

From ages 19 to 25, Grant bounced between LA, New York, Thailand, Australia, and Tucson, Arizona, before settling in Denver. She’d find a modest-paying job in each new place, live cheaply, and bank enough money to pick up and move to the next adventure. Over that span, she earned between $13,000 and $20,000 a year, she says.

Boosting her income and supercharging her savings
Determined to make more money, Grant enrolled at the Community College of Denver at 25. She paid no tuition, thanks to government grants and financial aid. From there, she transferred to the University of Colorado at Boulder. Again, she paid no tuition.

“I couldn’t imagine walking away with 40 great in debt from university. So I again applied to about 20 different scholarships,” she says. “I walked out of all of my schooling with zero debt.”

Grant graduated in 2017 with a degree in business management strategy and entrepreneurship. She bounced around jobs for a bit before finding her first gig making “real” money at 29. She earned $52,000 a year but was able to build up her savings due to her low cost of living. She split a three-bedroom home with two roommates for $400 a month.

The relationship faltered. One year later, Grant was forced to buy them out for $80,000. Luckily, right around the time of the purchase, a competing company wanted Grant, then a project coordinator, to step up to the role of project manager. The new gig came with a salary of $115,000 a year. She also boosted her income by renting out the house’s bottom apartment. She was able to pay her ex and his mother back in cash.

Finding financial independence through real estate
During college, Grant’s professors weren’t the only ones teaching her about money. She also discovered Mr. Money Mustache, a blog by Pete Adeney, a leading figure in the FIRE movement, which is short for financial independence, to retire early.

“I sat in the rec room of the community college and read every single article that Pete wrote, and realized, ‘Oh, my God, these are my people,’” Grant says. Grant particularly admired many FIRE adherents’ approach to real estate investing: buying different properties so that rental income could drive down their cost of living and provide a diversified source of income.

Grant bought a second house in 2021, another duplex, funding the down payment through a mix of cash savings and a home equity line of credit on her first property. She paid back the loan within a year. These days, Grant leases the top floors of both duplexes to long-term renters, with income from those tenants covering the mortgage payments on the two properties. She lists the bottom units on Airbnb, bringing in roughly $6,500 monthly profit.

Looking forward to early retirement
Grant’s salary and real estate income are more than enough to support her and her partner’s monthly budget, which includes the mortgage payment on a house the couple recently bought in Denver. Even though her partner, a Canadian, is waiting on a U.S. visa and can’t currently work, they still manage to stash nearly 70% of Grant’s income.

Theoretically, Grant’s real estate income alone is enough to cover her living expenses, which makes her job dispensable. But costs have been in flux of late: She and her partner welcomed a baby in the fall.

Having a savings cushion has offered Grant peace of mind as a new mom. “I have been able to spend and get whatever we need for our child,” she says. She says that Grant plans to stay at her full-time gig for at least three to five more years — enough time to boost her retirement savings from $240,000 to about $750,000.

She then hopes to retire and withdraw about 4% per year from her savings, which would shake out to an annual income of $30,000. Add in the $78,000 annual rental income, and Grant arrives at a number she’d be comfortable living on without the 9-to-5. Grant’s not sure precisely what that lifestyle will look like. She hopes to spend some time living abroad, including a sailing stint around the Greek isles — a plan for when her child, and any others they have, maybe old enough to swim.

Mostly, her dreams are open-ended, and that’s been the point all along. “I love going to meet friends abroad and to go to different places, to learn the culture, eat different foods, learn a language, and we want to expose our kids to that,” she says. “So that’s something that FIRE will bring us, that we can have the flexibility to be wherever we want.”